We're about to learn whether the anti-Obamacare crowd will control the narrative, or have to fold it up. Here's how 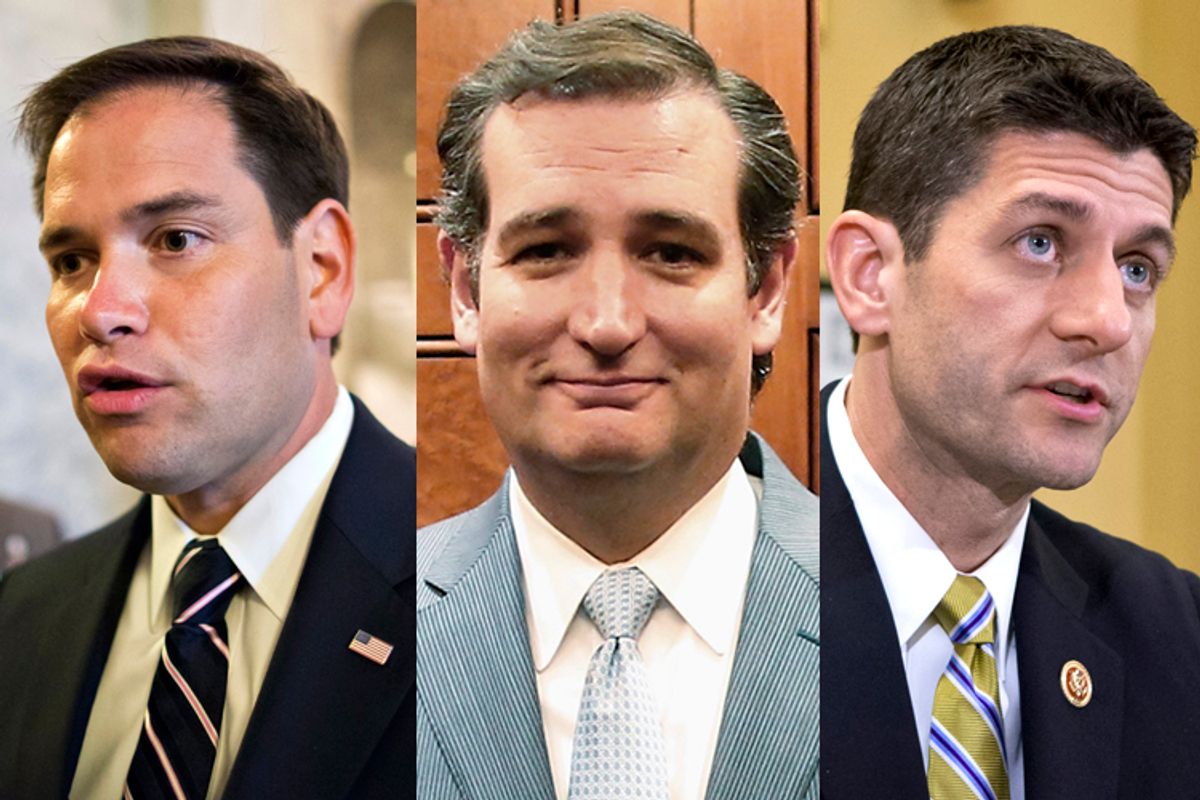 The approach the Obama administration has taken to fixing Healthcare.gov is incremental. They identified hundreds of "punch list" items (read: screwed up things) and set about fixing them in a logical order, which has at times revealed new problems that they've then added to the list. It's an iterative approach, and it's been ongoing for weeks now.

Thus like a growing child, its changes have been less noticeable to people who interact with it regularly than to people who tuned out in early October and are just now coming around.

In just under two weeks, though, the media and the law's critics will treat Dec. 1 as a sort of unofficial relaunch date -- as if the administration had taken the website down when it realized the extent of the problems and was only planning on relaunching once it was fully fixed.

That's totally understandable. The administration announced a time frame for fixing the site, and has said over and over that it will be working as intended "for the vast majority of users" by the end of November. The implication is that people should withhold judgment until the the beginning of December and then give it a second look.

So what should we expect on Dec. 1?

Administration officials have been intentionally vague about what they mean by "vast majority" and whether non-consumer facing parts of the system -- particularly the channel that transmits enrollee data to insurers -- will be in good shape. But over the weekend an anonymous official told the Washington Post, "vast majority" means 80 percent of users.

Let's start with the fact that 20 percent is still a pretty big fail rate, before looking at who the 20 percent are.

There are two ways to look at -- and thus two ways to spin -- the 80/20 goal, two months after the initial rollout, which barely worked for anyone. The first is that it'll almost certainly still leave tons of people dissatisfied, and that's not good enough to constitute "success."

The second is that it'll allow millions of people to enroll quickly and it'll do a decent job reducing the pent-up demand for benefits. If it had been working for 80 percent of users on day one, or if the administration had made it 80 percent of the way toward its goal of enrolling 500,000 people in private insurance in the first month, we'd be looking at a much different political and legislative landscape than we are right now.

But as Josh Marshall notes here, an awful lot depends on who those 20 percent are, and what the Healthcare.gov experience will be like for them.

It turns out not to be quite as black and white as an 80/20 dichotomy would suggest.

According to a government official familiar with the new target, the 20 percent who are unlikely to be able to enroll online are expected to fall into three groups: people whose family circumstances are so complicated that the Web site cannot determine their eligibility for subsidies to help pay for health plans; people uncomfortable buying insurance on a computer; and people who encounter technical problems on the Web site.

I think the key questions here are what portion of the 20 percent will encounter technical problems, and will they be as intractable as the problems consumers were encountering in early October?

If it's a smallish* (*scientific term) fraction of the 20 percent, then the people for whom the site doesn't work will be a mix of technophobes (people who wouldn't be using the site even if its error rate was zero) and people with complex finances, family situations, etc. Of course, a lot of people have complex finances and family situations. And even though many of them will be used to the logistical difficulties that arise from their circumstances, one of HHS' key goals must be to isolate those people and figure out how to make their experiences as user-friendly as possible. Not an easy task, but doable, and an easier, singular problem to contend with.

But if it's the reverse, then a large group of people will encounter frustrating error messages, and it will be much easier for Obamacare opponents to flood reporters' in boxes with screen grabs conveying the site's failures. In that case, anecdata will dominate the coverage in early December both because reporters love failure, and because they'll find it easier to pass along 404 error images than to vet any of the thousands of success stories the law's supporters will highlight.

Either way, I think it's fair to assume that the first couple of weeks after Dec. 1 will still be bumpy ones for Obamacare. The "reboot" won't be a dramatic inflection point. That point will only come if the fixes are adequate to move hundreds of thousands of people past the choke points, through the system and announce a large enrollment spike by the middle of the month.