I was Tina Brown's lackey 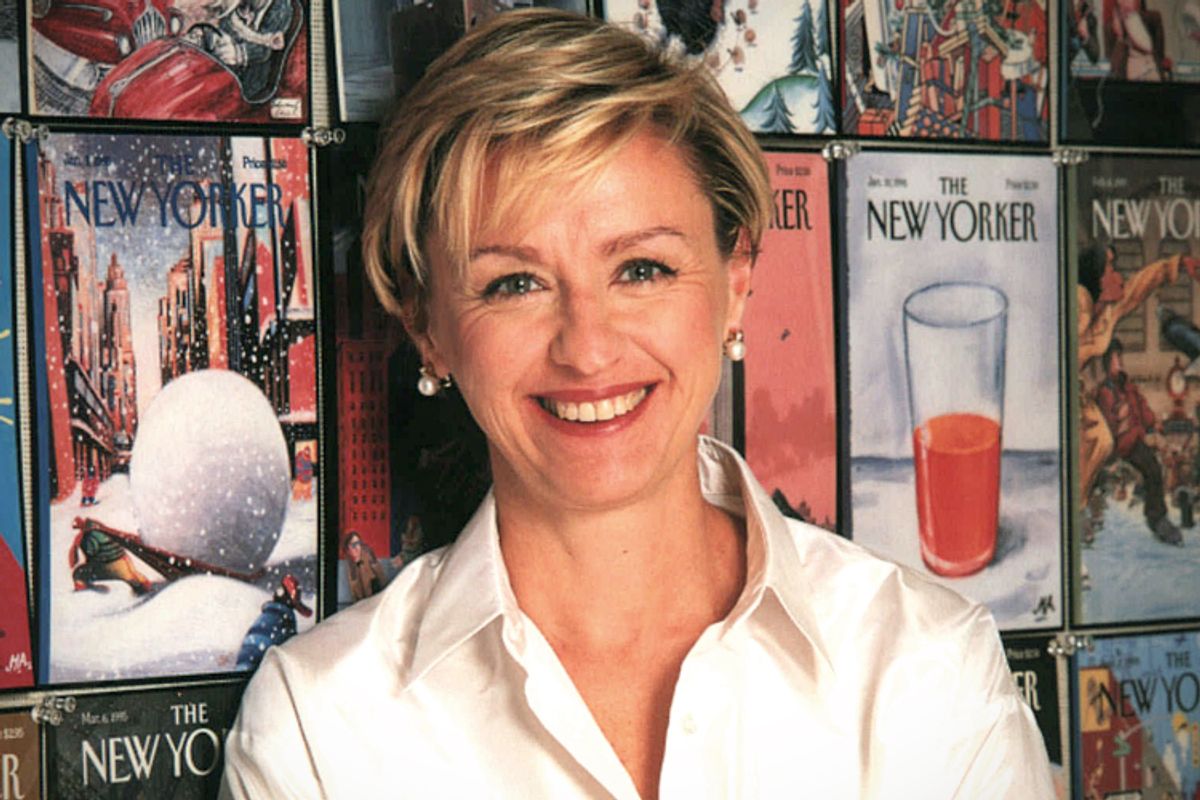 Excerpted from "My Mistake"

Shortly after Tina Brown arrives at The New Yorker, she takes me to lunch in a newly renovated hotel, the Royalton, with its newly renovated restaurant, very moderne in a random and pointless way: rhinoceros-horn-shaped lights in the lounge, a men’s room with an eternally flushing water wall, and sinks that look like salad bowls. the restaurant is called 44, because the hotel’s address is Whatever West 44th street, about a block north of The New Yorker. Still, as usual, and despite this proximity and despite Tina’s having become a habitué of the place, the route confounds her and I have to be her guide. “We turn left here, Tina.”

“What should I do, Dan?” she asks me after we sit down. It’s a little closer to “Dahn.” “Tell me about the Fiction Department. What do you think — how should it work?”

I can remember only one detail of the conversation that followed, no doubt because I had very little new or enlightening to say, the old and unenlightening no doubt being: the quality and range of The New Yorker’s fiction distinguishes it from every other magazine in America. We receive more than two hundred unsolicited stories every week. I think the editor of the whole magazine—namely, you—should continue to make the final decision about what stories to accept and publish. And so on. Oh, maybe I gave my opinion about some other editors. But the one specific moment I recall is what I said about Roger Angell: “It seems presumptuous of me to even talk about him this way, but Roger is just crucial to the history of this magazine — by family, by his own writing, by his work with fiction writers, by writing the Christmas Poem, and in many other ways. If I were you, I’d be very careful to preserve and even enhance his place at The New Yorker. He can be cranky sometimes, but his goodwill toward you is really essential, I think.”

This conversation is a new experience for me. Unlike my friend Chip — a formerly Designated successor, and Deputy editor to Gottlieb and Brown—I have almost never been privy to any highest-level discussions about The New Yorker’s personnel, editorial direction (except in fiction), hiring, firing, art, “look,” assignments, and so on. Not under Brown, not under Gottlieb, and certainly not under William Shawn. I mightily wish I had been. so as an insider I still feel like an outsider. (As I often do elsewhere in my life, after Mike’s death.) This position affords me some perspective on what I do know about The New Yorker, but it also has excluded me from its innermost workings. So I am not “defending” Roger. Tina has asked me what I think she should do. I have told her. It would have been more than presumptuous — indeed absurd -- for me to think that Roger could in any way depend on any kind of endorsement from me.

Some months later, Tina takes me to lunch at the new Royalton Hotel again, across 44th street from the fabled Algonquin. “Dan, what do you think of Bill Buford?” she says “Booford.” Buford is the editor and one of the founders of Granta, a very good literary quarterly published in England.

“Don’t be ridiculous. I’m not going to hire him.”

“Oh, you probably are. You may not know it yourself — I realize that.”

“I think Granta is terrific,” I say. I used to try to get Gottlieb to go after Redmond O’Hanlon, one of Granta’s best writers. “But from what I know of how it runs, or doesn’t, I don’t think Bill Buford would do well at a weekly magazine. I mean, it’s a quarterly, but sometimes it manages only three issues a year.”

“Dan, Dan — what great fiction do we have on the bank?” Tina asked me near the start of her reign.

“Great! I’ll read it this evening.”

“Tina, did you read the Munro?” I asked her the next day.

“I mean, it’s awfully long, isn’t it? and it really does drag.” “Well, I don’t think so. But we can just keep it for a while if you’d rather not make room for it now.”

“Yes, let’s wait and see. Let’s look for something else for now.”

“Fabbelis!” Tina is saying now. My Fiction Department assistant, Jay Fielden (who will go on to be Editor in Chief of Men’s Vogue and other prominent magazines), and I have been presenting some of our ideas for The New Yorker’s first Fiction Issue (my idea, and for once not my mistake) to a group of editors. We’re in Tina’s huge, glistering-white office. Big windows face south over Bryant Park and the main branch of the New York Public Library. Jay and I had been looking through the archives there the previous week.

“And we found a lot of wonderful correspondence to and from William Maxwell, [a longtime fiction editor of The New Yorker]” I say. “Notes, routing slips, edited galleys, letters from O’Hara, Cheever, Mavis Gallant. I thought maybe a tribute to Maxwell would be a good idea.” I show copies of some of what we found. It looks good.

But there is a chill in the air. What is happening?

“Here’s a great note to Updike,” I say. I pass the slip of paper around. Roger Angell hands it along without looking at it. His face is set like a mask. Well, that’s where the chill is coming from. But why? “And do we have a good long story for the center of the issue?” Tina says.

“Well, I hesitate to mention it, but we have had that Alice Munro story on the bank for months now,” I say.

“Well, maybe you could take another look at the story,” I say. She appears to have no idea what I’m talking about. “What’s the title?” she says.

It is now psychologically as cold as a meat locker in her office. Has no one else noticed?

After the meeting, three or four of us are walking back toward the Fiction Department’s offices, Roger stalking in the lead. He turns right at the end of the hall, walks a few steps into his big corner office, and slams the door like I’ve never heard a door slam before. The latch click sounds like an ignition switch followed instantly by the detonation of the whole door violently arrested by its frame.

“I don’t know,” Jay says. “But he sure is steamed about something.”

“Did you feel it in Tina’s office?”

I go into my own office, narrow but nice enough. Ten minutes later, I get up my nerve and go out and knock on Roger’s door. “I think you’re angry at me,” I say when I go in and stand in front of his desk. “But I don’t know why.”

“I’m just furious, Dan.” He is glaring down at his desk.

“First of all, you didn’t tell me anything about these ideas.” “Jay and I didn’t tell anyone,” I say. “We thought it would be a pleasant surprise. you know — fun.”

I am shaken and bewildered. Back in my office, after a few minutes, I begin to wonder what was second of all, and third.

The next day, I run into Tina in the hall. “Dan, Dan — I read 'The Albanian Virgin' last night,” she says. “It’s astonishing! Perfect for the main story in the issue.”

Excerpted from "My Mistake" by Daniel Menaker published on Nov. 19, 2013. Copyright © 2013 by Daniel Menaker. Used by permission of Houghton Muffin Harcourt Publishing Company. All rights reserved.