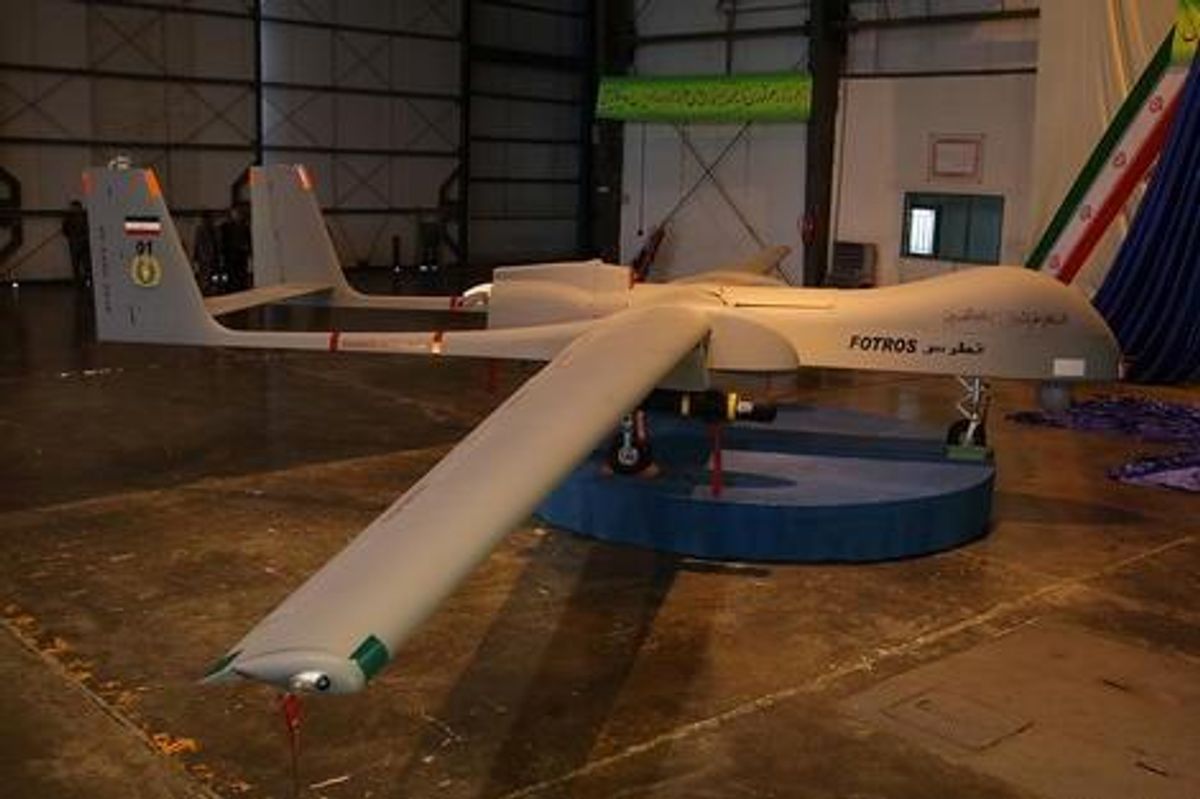 Today Iran unveiled the Fotros drone, their largest unmanned aircraft to date. According to Iranian state-affiliated news agency Fars, the Fotros can fly up to 1,250 miles and stay airborne between 16 and 30 hours at an altitude of 25,000 feet. While new for Iran, these stats put the drone squarely between the U.S. Air Force's Predator (which can fly just as high for just as long, but at less range) and Reaper (which can fly higher, at nearly the same range, for just as long). It's an additional tool for Iran, but this is hardly an arms race of apocalyptic proportions.

The weirdest thing about the "drones arms race," if indeed there is one, is that these drones will never fight other drones. Previous arms races, like the early 20th century one over battleships or the Cold War competition over ever-improving high-end fighter jets, were about vehicles designed outfight one another. Even the main debate in naval circles right now, about how best to overcome new anti-ship weapons, involves technologies designed to counter each other.

Drones like the Fotros, or its American counterpart the Reaper, aren't really like that—at least not yet. These are slow planes, designed primarily for reconnaissance and surveillance; they serve as flying cameras that sometimes drop bombs. That makes them bad at air-to-air combat, where they have to depend on other airplanes and anti-air weapons to support them. For the United States, which is skilled at shooting down opposing aircraft, this means it's not too hard to clear the skies so that Reapers can fly their full 1,150-mile range with relative impunity. Iran's Fotros, despite its claimed range of around 1,250 miles, is limited not only by the drone itself, but also by the availability of protection by the Iranian Air Force.

It's possible that Fotros is Iran's most capable, longest-range drone. Just don't expect Iran to start fighting using drones like the United States does without a considerable improvement in the rest of the Iranian Air Force first.

On the plus side for Iran, this one doesn't seem to be held together by duct tape, isn't an explicit hoax, and doesn't claim to be stealth when it clearly isn't.