Is One Angel Square the "World's Greenest Building"? 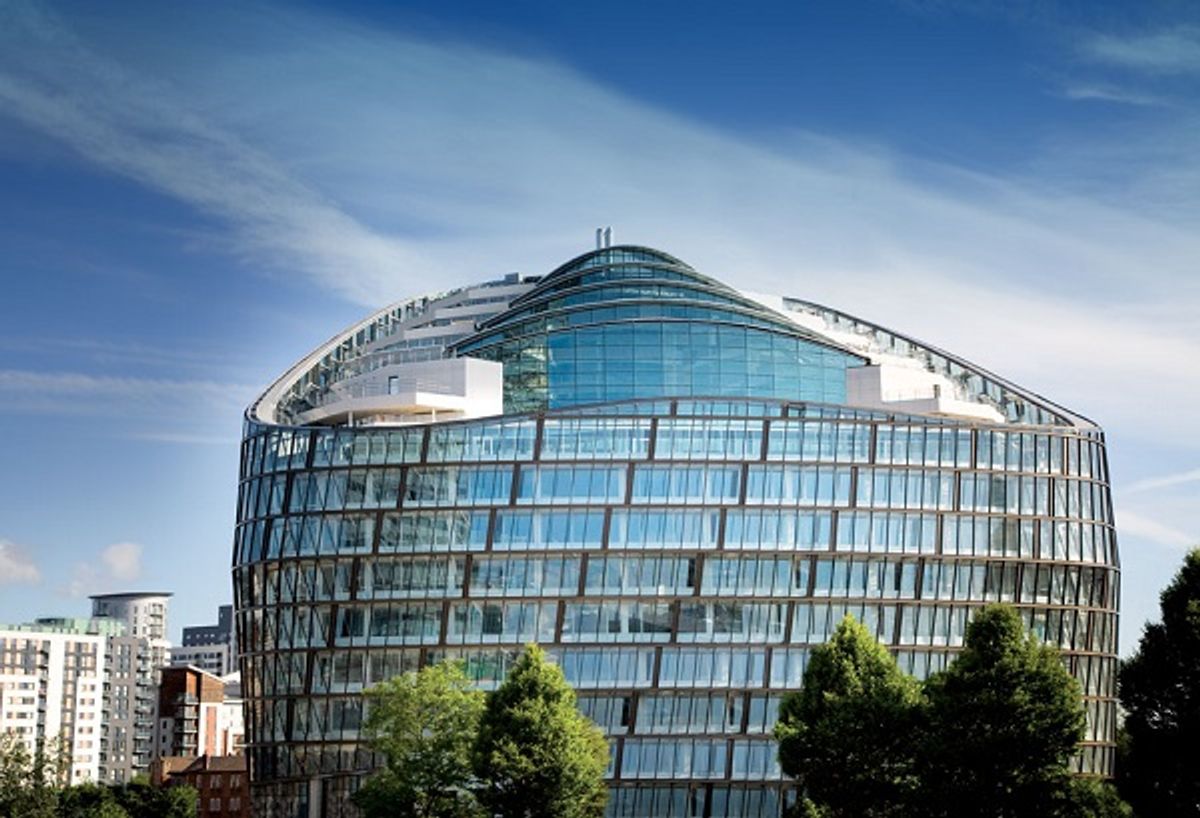 Queen Elizabeth has marked the official opening of more than few buildings in her time, but until last week never one the likes of One Angel Square, new headquarters of the Co-operative Group.

The Building Research Establishment said the Manchester development earned the highest score ever in its BREEAM rating system for buildings, 95.16 percent. Whether that really earns it the title “world’s greenest building,” as the BBC put it, might be debatable, but the building certainly boasts impressive credentials.

“This achievement of the highest score ever under BREEAM reflects an ambitious vision and commitment from The Co-operative Group and their project team.  They have created a highly sustainable, extremely low carbon space. An excellent working environment with deep green credentials.”

Here’s how BRE describes the environmental features that won the building its unprecedented score:

The double skinned facade and soaring open atrium are key to creating natural heating, cooling and lighting. The atrium, for example, floods the building’s interior with light, and the facade helps to minimise heating and cooling loads.

In summer louvres at the top of the facade will open to allow the warmed air trapped between its inner and outer skins to rise up and out of the building. In winter these louvres will close so the facade can form an insulated blanket around the building.

The building has its own source of heat and power generation through a CHP (combined heat and power) plant (which uses biofuel and waste cooking oil).

“The Co-op,” as it’s commonly known, has 7 million-member and is in a range of businesses, most prominently food and banking. The organization said that it was counting on cutting its headquarters energy costs by 40-60 percent at the new Manchester building.