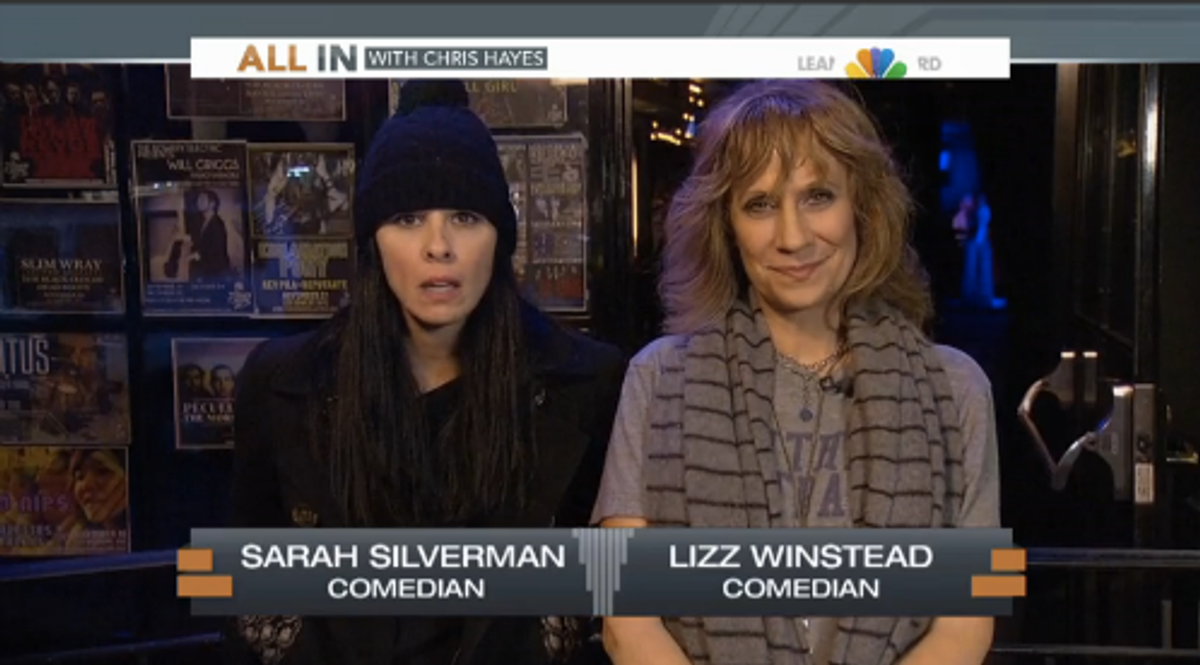 Sarah Silverman and Lizz Winstead co-hosted a fundraiser Monday night in support of Texas reproductive health service providers and the many, many women who, after HB 2 went into effect earlier this month, have been forced to travel hours and sometimes across state lines to access abortion care that is no longer available in many parts of the state.

The pair took a quick break from the event to speak with MSNBC's Chris Hayes about the recent proliferation of abortion restrictions across the country and why they decided to organize the telethon.

Silverman put it rather bluntly.

And as for why she wanted to get involved with the reproductive rights crisis unfolding in Texas, Silverman explained, "I believe in a woman's right to choose. Very quietly, our rights are being chipped away, state by state, sometimes more loudly than others. Also, much like the pro-lifers, I believe in protecting the child ... when she’s being forced to have a baby at 14.”