Russian internet mogul: "We need to compete with the best"

Dmitry Grishin, CEO of Russia’s Mail.ru Group, aims to break into the US market with the launch of My.com 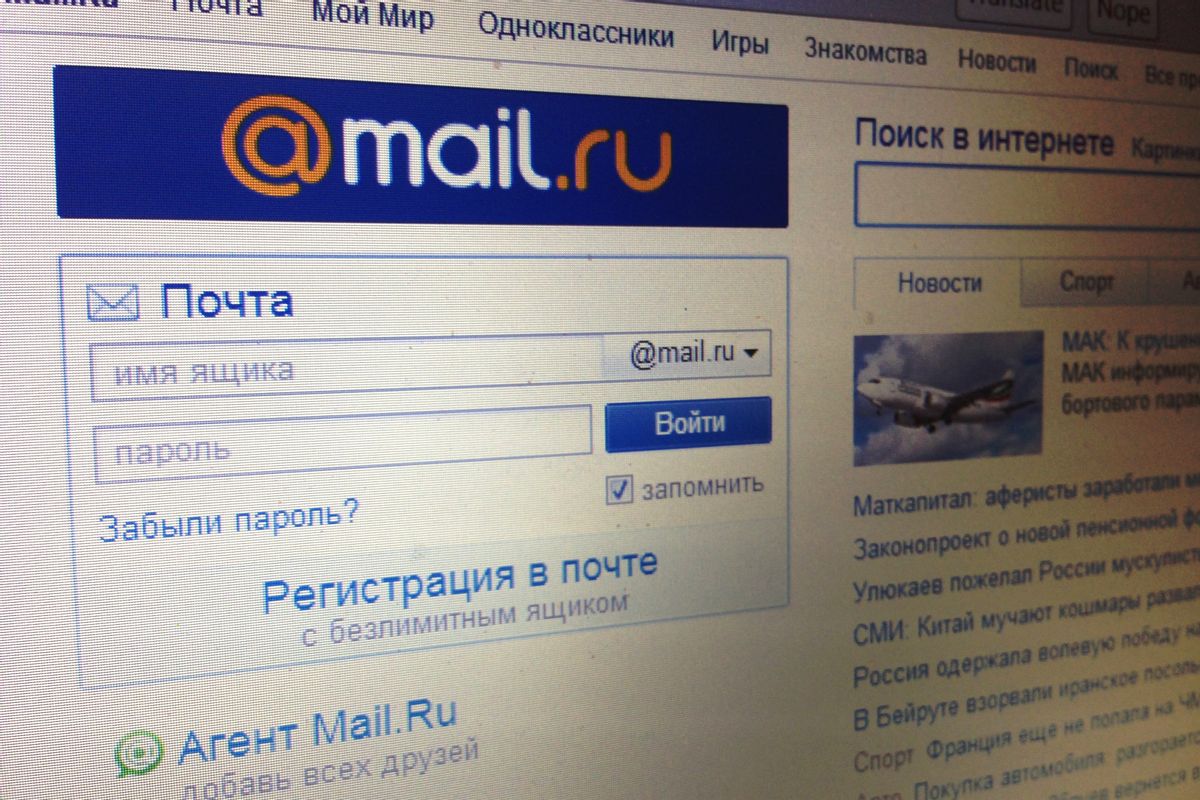 Dmitry Grishin, CEO of Russia’s Mail.ru Group and creator of robot venture fund Grishin Robotics, is getting into the U.S. app market with the launch of My.com.

Dmitry Grishin spent years building Internet companies in Russia, first with Molotok.ru, an eBay copycat he founded in 2000, and then as a cofounder and CEO of Mail.ru Group, a Russian Internet conglomerate that is essentially that country’s version of Yahoo. But lately he's been hoping to translate his success online to the world of personal robotics—a lifelong love—with the launch last year of venture firm Grishin Robotics, which has so far made five investments in companies ranging from hardware accelerator Bolt to on-demand, inexpensive satellite provider NanoSatisfi. This year, the 34-year-old was named one of MIT Technology Review’s Innovators Under 35.

Now, Grishin’s Mail.ru is trying to break into the rapidly mobilizing U.S. Internet market—an important move if the Russian company wants to keep growing. On Tuesday, it launched My.com, a stateside venturededicated to communication and entertainment apps. Among its first offerings are a free e-mail app called myMail and a chat app called myChat, as well as mobile games like the Farmville-esque “Lucky Fields.”

Despite the fact that the U.S. market is already saturated with such apps and games, Grishin expects to bring in money from the sale of digital items in these games, as Mail.ru Group has done successfully in its home country.

Grishin spoke to MIT Technology Review IT editor Rachel Metz about the arrival of My.com, his love for robotics, and his thoughts on the future of wearable technology.

Why are you interested in the U.S. market, where there are already so many choices for the kinds of products you’re rolling out?

I think one of the key reasons for entering the U.S. market is, first, we believe that long term, competition will be global. And mobile platforms like Google Play or the iOS [App Store] allow you to much more easily enter different markets. I think you’ll see more and more that German companies are coming to Israel, Brazilian companies are coming to Russia, more and more of this, so definitely it’s become a global market. Second, to be smarter and to create better products you need to compete with the best guys. Of course we understand that the U.S. is one of the most competitive markets and one of the most difficult, so that’s why we have a local U.S. team to understand consumers, the local market.

I think strategically smart watches are a very interesting market, but it’s too small to focus on making apps for it. Of course you have Pebble, you have some other things like the Samsung [Galaxy Gear] and some others. My recommendation, especially for small software startups, is maybe it’s an interesting thing, but it’s too early to say how big this market is.

I think right now [this market] needs many more hardware innovations than software. I still think hardware is called “hard” for a reason—because it’s hard. We need to have more education and more explanation for startups on how to make hardware, because there are a lot of different difficult things. Like, you need to deal with distribution, to get physical stuff to retail [stores]. You need to make things with packaging. You need to support these devices because if they are broken, they’re going to send them back to you. You need to understand how to manufacture, which is a really, really hard process still.

Speaking of hardware, one of your portfolio companies at Grishin Robotics, RobotsLabs, is using robots to teach children STEM—science, technology, engineering, and math—subjects. Why is that a good way to educate?

I think it’s a super cool idea because what’s happening right now with children is they’re all bored with teaching. If you have smartphones, games, to listen about mathematics—A plus B—it’s not working. I think the general approach will make education more fun, more interesting. It’s pretty exciting. I really believe that the only thing children need to learn in the 21st century is robotics. It covers mathematics, physics, mechanics, programming. These are the only things people need. Really.

Of course, I’m joking a little. But you know, I think it’s interesting because robotics combines [important subjects]. What’s more important is it makes education fun.