"The point that I was trying to make has been made," Rep. Tom Bower says 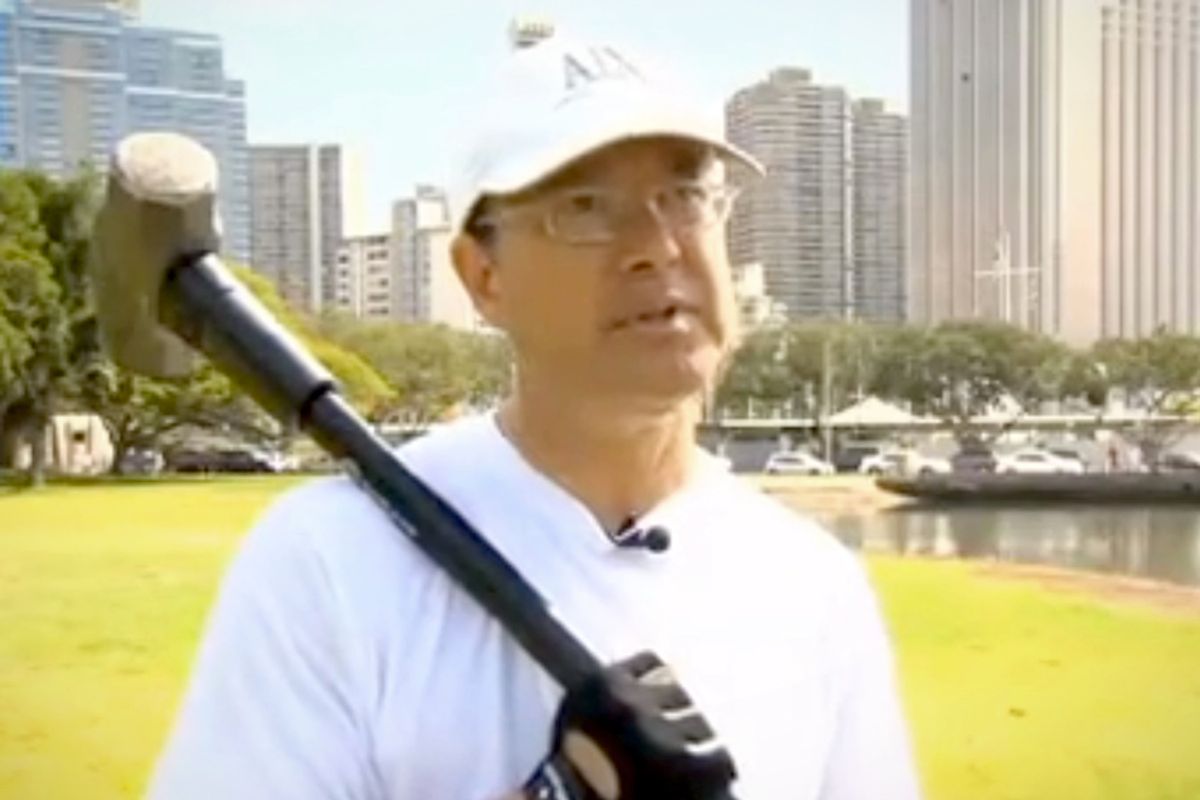 Hawaii state Rep. Tom Brower, who recently made news for his vigilante campaign against Waikiki's homeless population, has decided to retire his signature sledgehammer and end his crusade.

"It's time to put down the sledgehammer. The point that I was trying to make has been made," Brower told the Honolulu Star-Advertiser. "Now that the issue of shopping carts is on our minds," Brower continued, "the question is are we going to move forward and try to solve it or just let it become status quo."

Brower said he wasn't trying to attack the homeless but rather "the issue of cleanliness."

"Some people interpreted [it] as an attack on the homeless," Brower granted. Nevertheless, he thanked everyone who reached out to him in the wake of his actions' becoming a national story. "I'd like to thank everyone who has commented by email or telephone," Brower said. "I've listened to all of those comments. Some supported what I did and some did not, but I really appreciate their thoughts."

Brower incited national outrage when the Star-Advertiser reported his unconventional approach to combatting Honolulu's homelessness problem. Brower boasted of cleaning up the city by taking a sledgehammer to homeless people's shopping carts. (He apparently wears gloves and an Armani Exchange baseball cap while doing such dirty work.) If shopping carts bore a store name, he would return the carts to the store.

"If someone is sleeping at night on the bus stop, I don't do anything," he told the Star-Advertiser. "But if they are sleeping during the day, I'll walk up and say, 'Get your ass moving.'"

Despite the extreme tactics, many Hawaii residents identified with Brower's frustration. The state has the highest rate of homelessness in the country. And, as Think Progress noted, the Aloha State "is garnering a reputation for a less-than-compassionate approach to its homeless population."