Jonas Cuarón, son of the film's director, created a character for the voice on the other end of a distress call 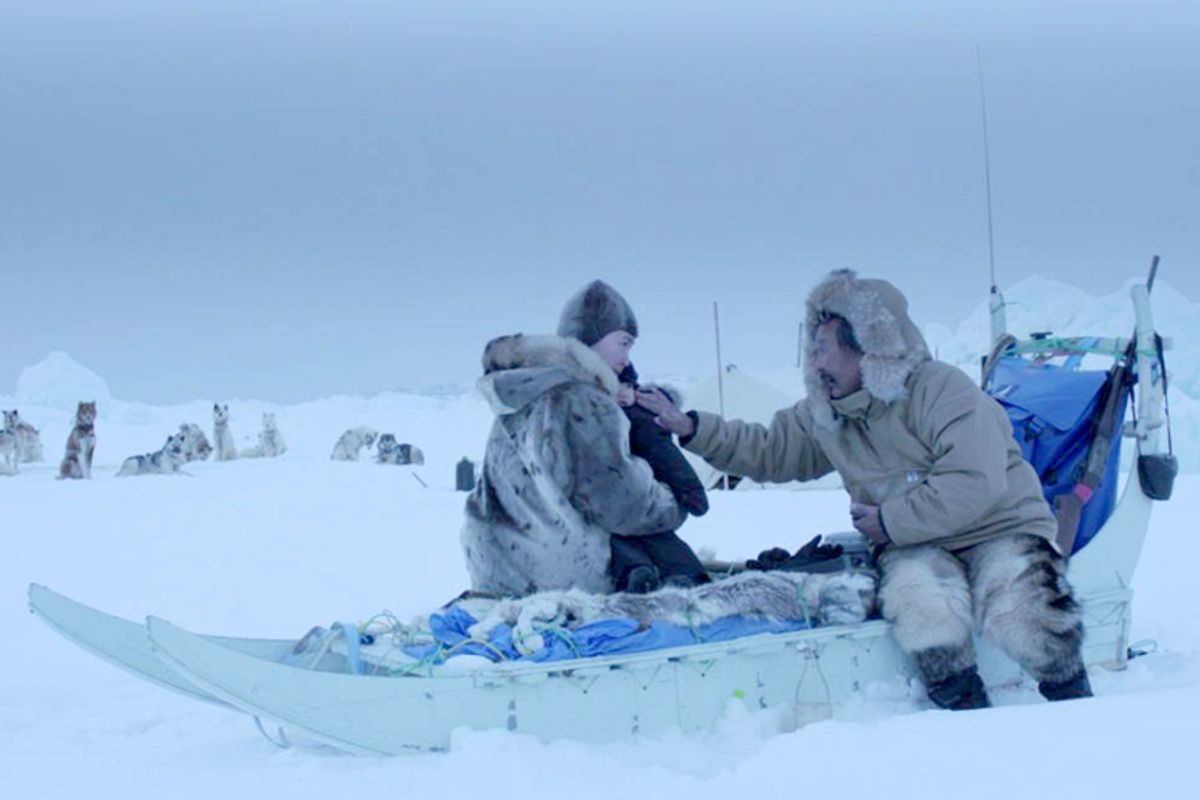 Warner Bros and Jonas Cuarón, son of "Gravity" director Alfonso Cuarón, have released "Aningaaq," a 7-minute companion film to the revolutionary 2013 thriller set in space. (Warning, minor spoiler alert ahead): In the movie, Sandra Bullock's character Ryan Stone sends a distress call from her capsule; her hope for survival is dashed, however, as a man answers, with a dog and baby nearby, and does not speak English. "Aningaaq" revists that moment from the perspective of the man on the other end of the conversation. From THR:

The idea for Aningaaq, which follows an Inuit fisherman stationed on a remote fjord in Greenland, occurred to the Cuarons as they were working out the beats for the Gravity screenplay. "It's this moment where the audience and the character get this hope that Ryan is finally going to be OK," Jonas, 31, tells THR. "Then you realize that everything gets lost in translation." Both Cuarons spent time in the glacial region (Alfonso once toyed with setting a movie there) and fell in love with the barren vastness of its frozen wilderness. During one of those visits, Alfonso met a drunken native who would become the basis for the title character, played by Greenland's Orto Ignatiussen. But it wasn't until Jonas, on a two-week trek gathering elements for his film, was inspired by the local inhabitants' profound attachment to their sled dogs that he decided to incorporate that element into the plot.

The movie was presented at festival screenings in Venice and Telluride and has been submitted for Oscar consideration in the live-action short category, reports THR.