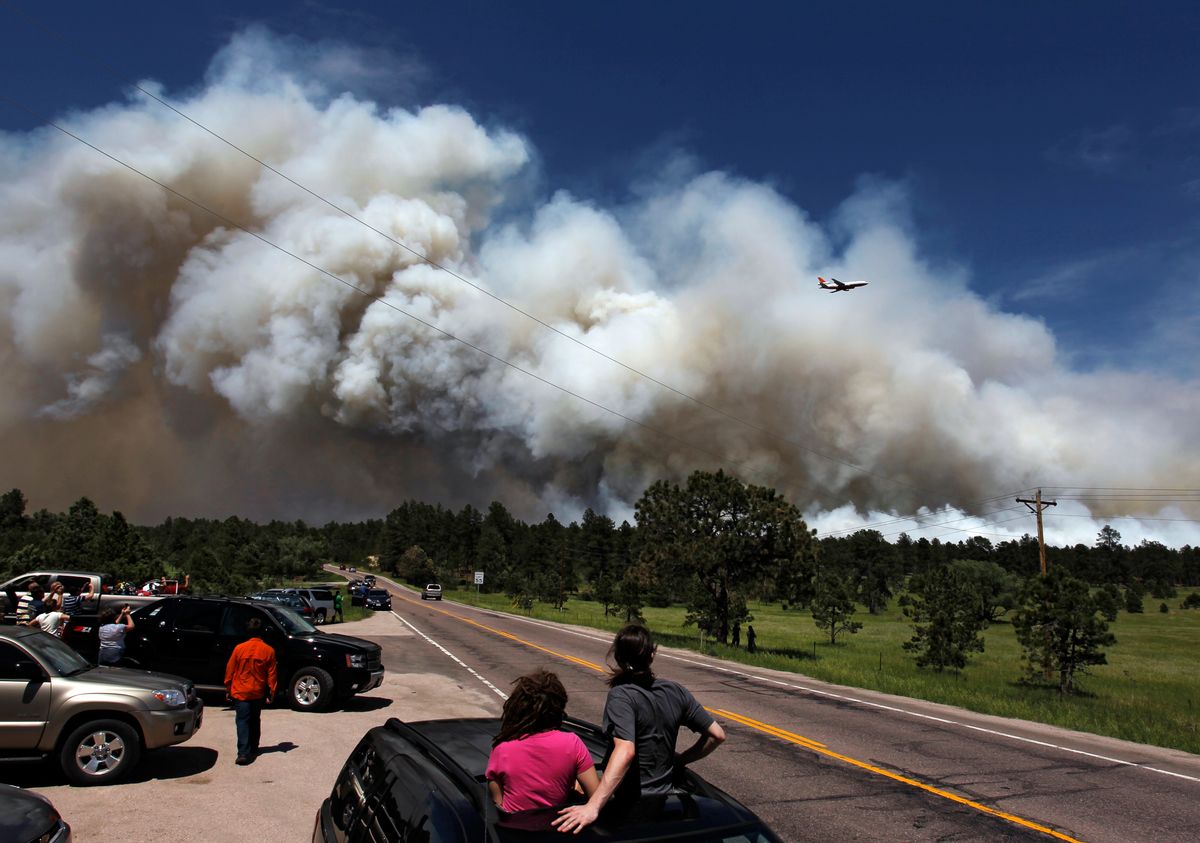 In the American West, "zoning" is often viewed as a taboo term. Indeed, despite a population boom and the rise of major cities in the region, this area is still seen as the wide-open frontier. The libertarian zeal that comes with that frontier spirit naturally leads many to believe they should be able to build whatever they want wherever they want.

One obvious problem with that attitude, though, is how the inevitable costs associated with willfully irresponsible development decisions are borne not just by the decision-making property owner, but by all taxpayers. Such is the case with firefighting. Over the last decade, as so much suburban sprawl has reached into known wildfire zones, governments are still on the financial hook for protecting homes from blazes. That's not frontier freedom. That's forcing taxpayers who make responsible residential decisions to subsidize -- and thus encourage -- irresponsible development decisions.

The bad news is that such incentives have helped create a crisis. As the Denver Post previously reported, between 1990 and 2000, more than a third of all homes built in America were built in the so-called Wildland-Urban Interface -- aka the fire red zones. As climate change intensifies wildfires, this situation means all taxpayers could face skyrocketing firefighting costs to defend red-zone development.

In Colorado, this crisis is acute, as I-News Network notes that "one of every four Colorado homes is in a red zone." But that gets to the good news: With the costs now so daunting, Colorado is considering reforms that could serve as a national model to change the incentives.

As the Post reports, a fire task force established by Democratic Gov. John Hickenlooper is proposing "that lawmakers charge fees on homes built in woods, rate the wildfire risk of the 556,000 houses already built in burn zones on a 1-10 scale and inform insurers, and establish a state building code for use of fire-resistant materials and defensible space."

In sum, the initiative aims to force red-zone residents to pay more of their own fire protection expenses, and to pay those expenses on the front end. It is both shrewd politics and much-needed policy.

Politically, Hickenlooper is evading a full-on confrontation with frontier culture by avoiding a push for laws that would explicitly restrict development in wildfire areas. Such zoning statutes are almost certainly necessary in the long term, but proposing them today might doom the first steps of a reform effort. So the governor is instead saying that frontier fetishists can still make irresponsible development decisions, but they will bear far more of the additional expenses that accompany such decisions.

Policy-wise, such a change would be no small accomplishment. Headwaters Economics estimates that wildfire fighting expenses have averaged $1.8 billion a year for the last five years, but that if even half of the still-untouched red zone is developed, those costs could more than double. The watchdog group notes that such an increase is inevitable "unless there is a financial disincentive to building homes on fire-prone lands." Financial disincentives are exactly what Hickenlooper's task force could create.

Of course, this plan might strike skeptics as a step toward a dystopia whereby social services like fire protection are available only to those who can pay. But that misses the distinction between this and an Ayn Rand fantasy. Hickenlooper's plan stipulates that those making responsible residential decisions are entitled to basic fire protection services at no additional cost. But his plan also aims to make sure that all taxpayers and the insurance market are no longer encouraging -- and subsidizing -- egregiously irresponsible decisions.

Though real estate developers may detest that principle, it shouldn't be all that controversial. It should be common sense in the era of climate-intensified wildfires.