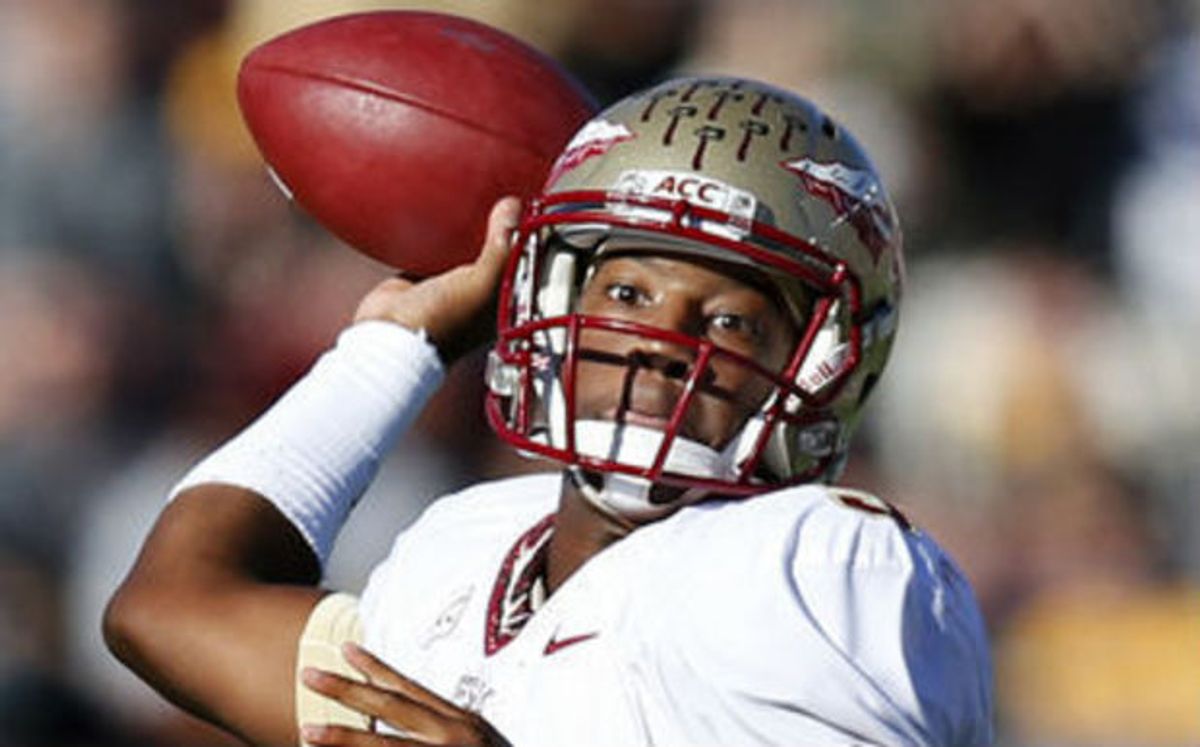 Florida police told the victim of an alleged rape that her life would be "made miserable" if she pursued charges against her alleged rapist, Florida State quarterback Jameis Winston, according to a statement from the woman's family.

A Tallahassee Police Department detective warned the woman's attorney that “Tallahassee was a big football town’’ and “the victim needs to think long and hard before proceeding against him because she will be raked over the coals and her life will be made miserable,’’ according to the statement.

In addition to the threat about pursuing the case, the statement also alleges that detectives failed to investigate the case in a fair or timely manner, which is a maddeningly widespread problem in other sexual assault cases.

No one has been charged in the investigation, but the family's statement, provided by attorney Patricia Carroll, says the alleged victim identified Winston, a redshirt freshman who has led the Seminoles to a No. 2 national ranking, in January.

Winston's lawyer, Tim Jansen, said last week that his client will cooperate with authorities even though he believed the case had been closed for months.

State Attorney Willie Meggs said Friday that his office learned of the case on November 13. Meggs, state attorney for Florida's 2nd Judicial Circuit, said he believed the case could have been handled differently, but he did not offer specifics.

He said the case is not closed.

Attorney Patricia Carroll told the Tampa Bay Times that she has “no faith whatsoever’’ in the Tallahassee Police Department, and that the family was compelled to make a statement regarding the case because “it was becoming an attack on the victim and the family felt they needed to address the situation. It was escalating in the press. They certainly didn’t set out to do a press release in this matter."

“But how the victim was being characterized, the misrepresentation of basic facts, a lot of nonsense, it just became so egregious, they had to step up. There is no particular interest in perpetuating the situation. There needed to be some clarifications and the reiteration that the family is fully cooperating with the State Attorney’s office," she added.

ESPN is reporting that DNA analysis has linked Winston to the victim of the alleged rape, but he has not been charged.