The "Juno" star is obsessed with his own persona. But it's time to actually make a movie, Michael 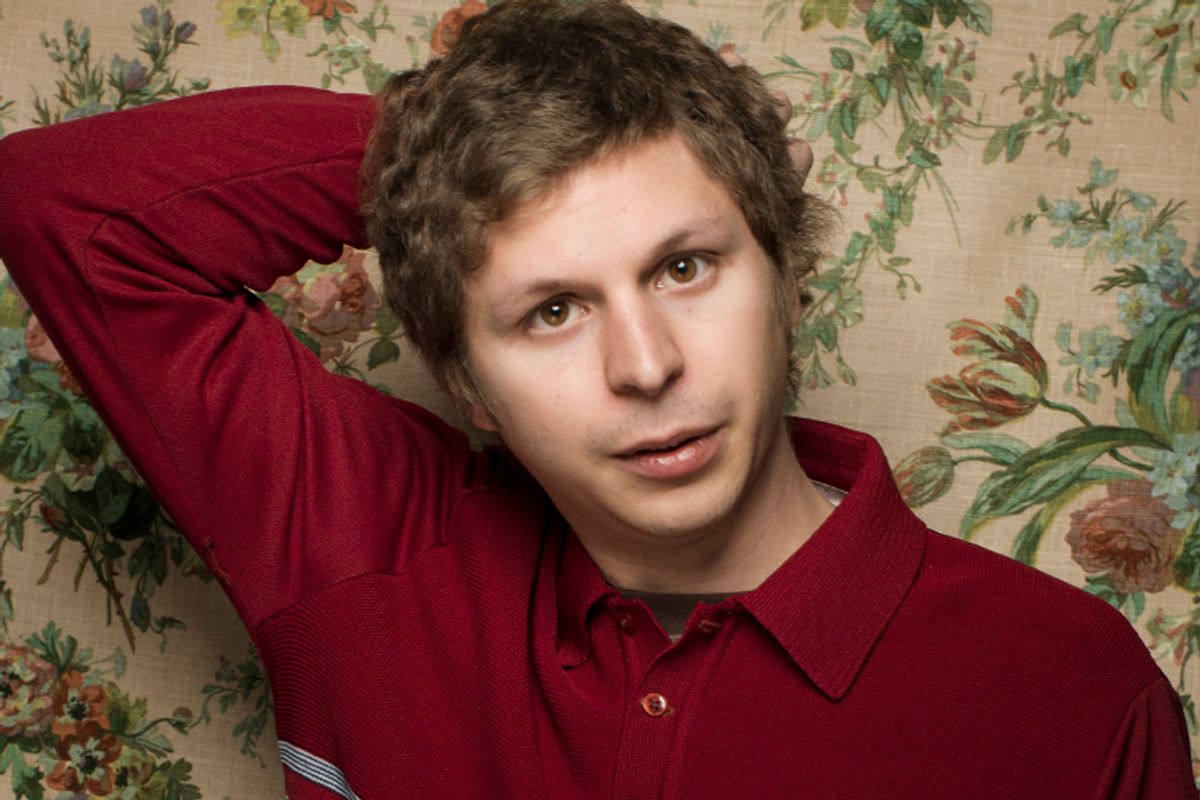 Call it the Franco strategy: As James Franco did in 2008, it's possible to cement one's celebrity by alternating movie work with writing intended to subvert one's public image. Back when James Franco set out on his conceptual-art project of a career, beginning to aggressively collect graduate degrees and directing more films than one can easily recall, he had been slowly rising for years; his breakout year on-screen, with roles in "Pineapple Express" and "Milk," coincided perfectly with his ramping up his attempts to comment on his fame. Attempting to sustain an acting career all while slyly commenting on how weird fame is is a very difficult gambit.

Michael Cera's kind of doing it backward. Years after the spotlight shone most brightly on him, Cera is now commenting on his public image, a public image that the public's sort of moved past. In this year's superlative small-scale drama "Crystal Fairy," Cera played against his mild-mannered, hoodie-wearing type, familiar from "Arrested Development" and "Juno," as an aggressive lout. In "This Is the End," a comedy co-starring Franco and other lights of the recent stoner comedy scene, Cera played a cocaine-snorting L.A. monster, turned into an aggressive jerk by his success. And now he's penned a New Yorker piece depicting himself as desperate for the adulation of strangers.

In the humor piece "My Man Jeremy," from this week's issue, a fictional Cera receives a misdirected text from one Jeremy; the story is told in their texts, throughout which the egotistical "Cera" capitalizes his own name and the words "Films" and "Me." He's proud -- even moved -- when he thinks Jeremy stumbled across his notoriously poor "Year One" on TV. Jeremy confuses Cera with his fellow nebbishy actor (and fellow New Yorker humor contributor) Jesse Eisenberg, and ignores Cera's repeated overtures at hanging out. Cera portrays himself as utterly alone and wrapped up in memories of past glories.

it’s just me an j. he seen you in juno

oh cool! “Juno” was a really fun experience for Me

The piece -- which ends with Cera, abandoned by his imaginary friend Jeremy, on a talk show hoping for the audience's adulation -- is more chilling than the usual "Shouts & Murmurs" piece. It's obviously fake but, like his role in "This Is the End," doesn't scan as impossible; Cera is private enough that no one knows what he's like when he's not working, and he's so closely identified with his zeitgeist moment, when he followed up the cult hit show "Arrested Development" with star turns in "Superbad" and "Juno," that one doesn't wonder. Everything about this year's fourth season of "Arrested Development," including Cera's performance, felt something like a period piece once the initial hype had burned off; what the piece gets at most piquantly is the sense that Cera's highest-profile work is behind him.

And that's fine! One well-wrought "Crystal Fairy" is, at least to this viewer, worth 10 formulaic Judd Apatow-produced comedies. But there's something wearying about a celebrity undertaking the project of explicating to us, many times over, what it means to live in the public eye. In terms of the balance between actual fame and explicit or implicit commentary about image creation, Cera's running deep in the red for 2013.

The New Yorker has, in recent years, become a very friendly outlet for celebrities looking to comment on their work, their lives and their public images. Mindy Kaling used the magazine to further the notion of herself as a romantic-comedy obsessive, an image she dug into on her subsequent Fox sitcom. Tina Fey explored whether or not she was reaching the age when potential collaborators would see her as "crazy." The aforementioned Eisenberg has published several pieces that rhyme with his image as a sort of neurotic, tic-y young Woody Allen. But all of those celebrities produce work, outside the magazine, that does more than explore the contours of long-established persona. Michael Cera wants to make a point about fame. Even James Franco took a break from grand statements to make "Spring Breakers" (and "Oz the Great and Powerful"). Just as superstars alternate a film for artistic satisfaction with a film for the studios and the audiences, one hopes he'll actually use that fame to make movies about characters rather than facets of the Cera persona.