Charles Manson may have "cold feet," but his girlfriend is very clear about what she wants 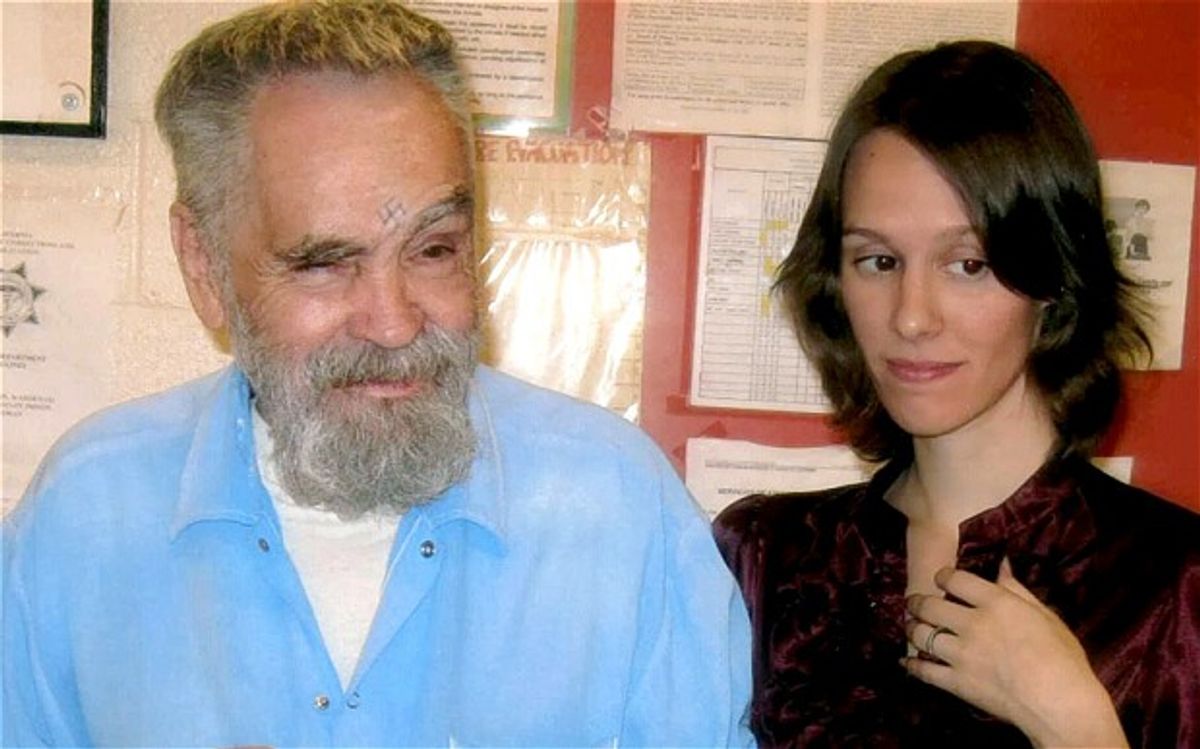 Charles Manson has a girlfriend, and that girlfriend intends to marry him.

This is weird news on its own, but it gets ever so slightly weirder when the New York Post covers the story by adding a hint of "all women have wedding fever and all men fear commitment" commentary:

“I’ll tell you straight up, Charlie and I are going to get married,” Manson’s 25-year-old girlfriend, “Star,” tells Rolling Stone.

“When that will be, we don’t know. But I take it very seriously. Charlie is my husband,” she said.

If the 79-year-old mass killer wants to take a wife, the only thing stopping him is cold feet.

California prison rules ­allow inmates to marry anyone but a fellow inmate in the same institution.

Poor Charles Manson and his cold feet. It seems that even life in prison can't save him from a girlfriend's obsession with getting hitched.