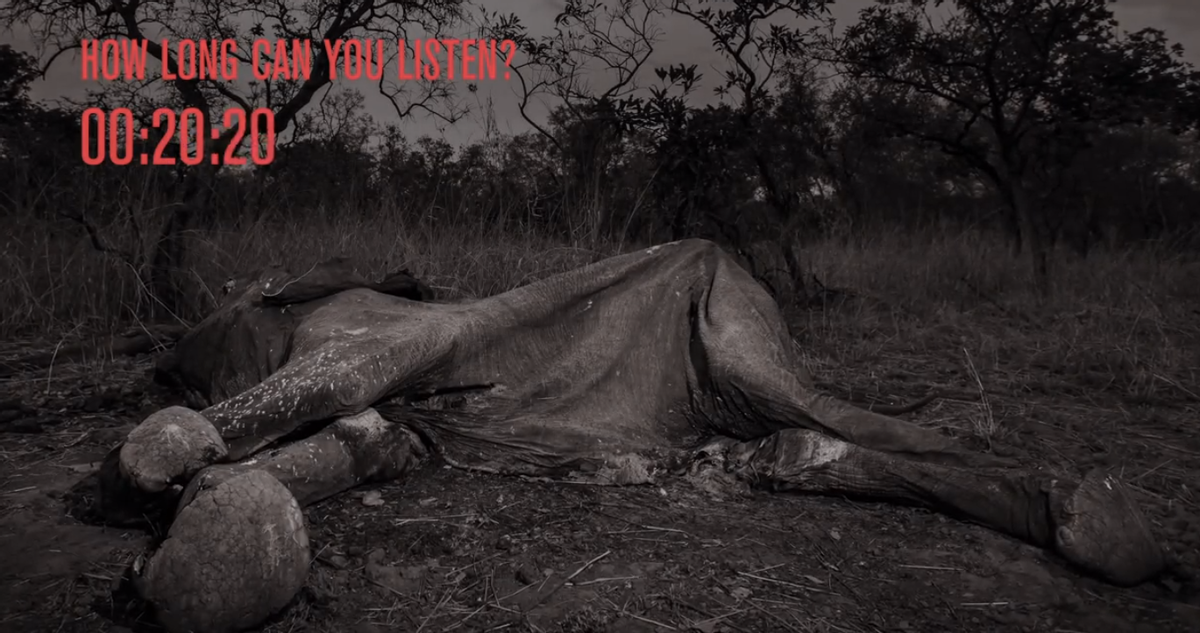 When researchers from the Cornell Lab of Ornithology set up low-frequency recording equipment in Gabon, on the west coast of Central Africa, they were intending to study the way that elephants use low frequency to communicate with one another in the wild. What they ended up with -- in addition to what must have been some delightful intra-elephant chatter -- was a horrific recording of one of their subjects as it was shot and killed by poachers.

The heartbreaking recording can be heard in this video from the Wildlife Conservation Society as part of its 96 Elephants campaign, which takes its name from the rate at which the animals are killed for their ivory each day. After the U.S. destroyed its illegal ivory supply last week, there's been a lot of talk about what more can be done to help curb demand -- after China, the U.S. is the world's second-largest market for ivory. The multiple gunshots that echo throughout the video are a good reminder of how formidable the increasingly organized poaching effort is. The elephant's death cry, if you can stand to listen to it, drives home the true price of ivory: