What Wendy Davis gets wrong

She's a hugely important leader -- but when she says everyone wants to "see zero abortions," she's not helping 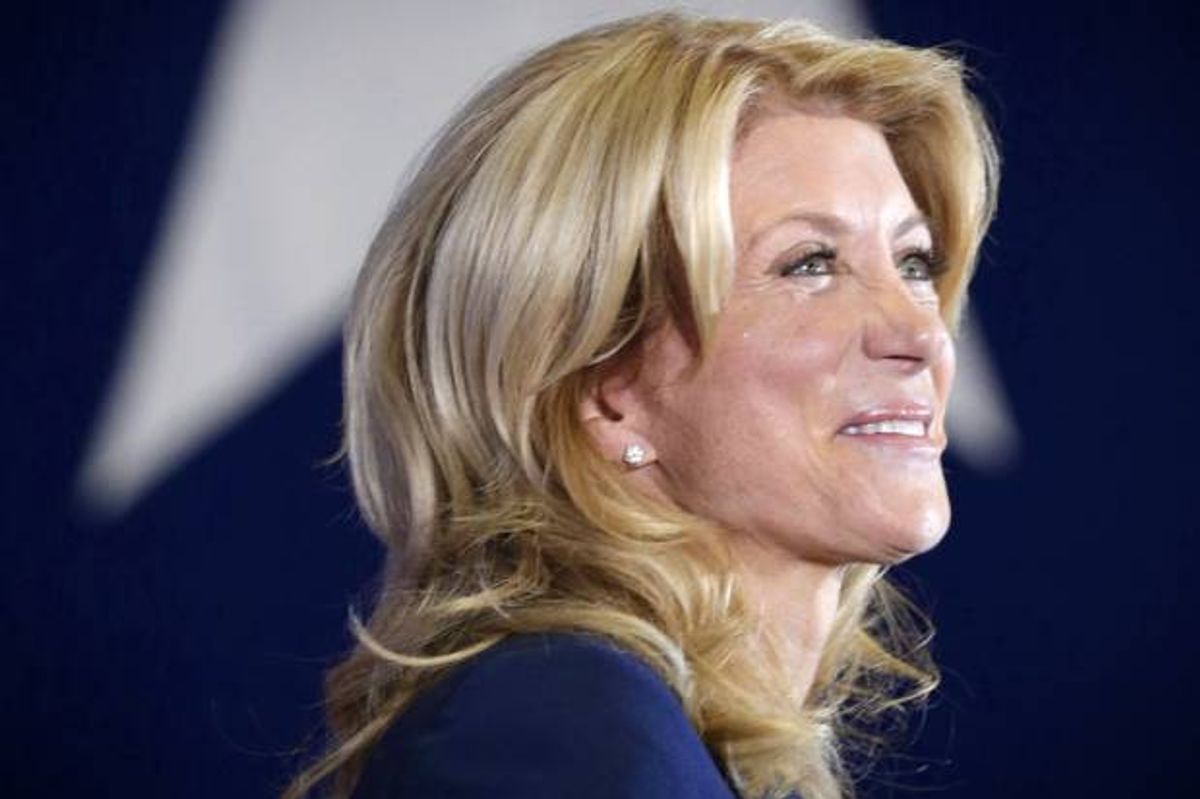 During a Monday interview on the campaign trail, Wendy Davis did something that a lot of politicians do when talking about abortion with national audiences. While explaining her position on reproductive rights, she suggested that a so-called world without abortion is something everyone wants.

"The goal that we should have is that we see zero abortions," she said. "But in order to achieve that goal we have to make sure that women are receiving the kind of healthcare and planning that they deserve."

Davis did this for the same reasons Bill Clinton said abortion "should not only be safe and legal, it should be rare," back in 1996, and for the same reasons so many other advocates and lawmakers use the exact same line. Because they believe it's a moderate position that will save them from being cast as "extreme" when it comes to abortion rights, which they see as a kind of political death.

But ultimately, it's a position that denies reality. And Davis -- who is right about so much else -- is wrong about the objectives of the reproductive rights movement. There simply is no such thing as a world without abortion, nor should we claim to wish for one. Women will always need abortion care. What they don't need is more stigma.

"The thing that makes me absolutely nuts is when people say abortion is never necessary to save a woman's life," Dr. Anne Davis, M.D., MPH, a second-trimester abortion provider, associate professor of clinical obstetrics and gynecology at Columbia University Medical Center and consulting medical director at Physicians for Reproductive Health, told Salon. "To say abortion does not save women's lives is false, plain and simple. And to base policy on that kind of lie sacrifices the health of our patients."

And to base talking points around this same idea -- that there is a world in which abortion may no longer be necessary, that this is the world we should want to live in -- is just as ridiculous.

And shaming. Because the necessity of abortion care isn't just about the life and health of the woman in the most literal of terms. Women choose abortion in all kinds of circumstances. Politicians who frame it as a necessary evil rather than a medical procedure that saves women's lives and protects their autonomy erases that simple but important fact.

"There will always be a need for abortion," Dr. Lin-Fan Wang, M.D., MPH, a doctor of family medicine, told Salon. "I absolutely support removing cost and other barriers to getting contraception, but even if we can do that, women will still face challenges getting it and other care they need. Women have issues finding a provider they trust. There are providers who have misconceptions about who can take birth control and what kind. There is reproductive coercion -- circumstances in relationships, some involving domestic violence -- that make that access an impossibility."

And, of course, birth control isn't 100 percent effective. There will always be broken condoms, missed pills. There is no guarantee against human error or plain bad luck.

Circumstances also change, and even wanted pregnancies can become unwanted pregnancies. Wang recently had a patient who, though she had planned for and wanted the pregnancy, could no longer afford another child after her husband lost his job. This is an increasingly common reality faced by many families who are only one paycheck away from financial calamity.

No two women will ever have the same abortion experience. Culturally, we seem to be getting ever so slightly better at understanding that. But we need to make sure that our policies -- and the ways we advocate for those policies -- reflect this understanding by focusing on women themselves, not the number of abortions performed each year.

There is a way to have nuanced conversations about the complexity of people's personal views about abortion without suggesting it's a problem to be solved or a social ill to be eradicated. It's a medical procedure, an incredibly safe and common one. Calling "zero abortions" a goal is -- besides being completely false -- line for line, what antiabortion lawmakers like Rick Perry say when advocating for policies that deny women basic medical care.

This isn't an idea we should be repeating.

"Those of us who are doctors and policymakers should have procedures and laws in place that understand each woman's situation is unique. We have to ensure that women are empowered to make the best medical decision for them, based on their circumstances," Wang noted, reflecting on her own patients. "I know from personal experience that women are extremely thoughtful about these decisions. We should be focused on their health and the best ways to support them."

If we're doing that -- as I'm sure Wendy Davis would agree -- then who cares about the numbers?