Baby boomers in media make the Kennedy assassination all about them 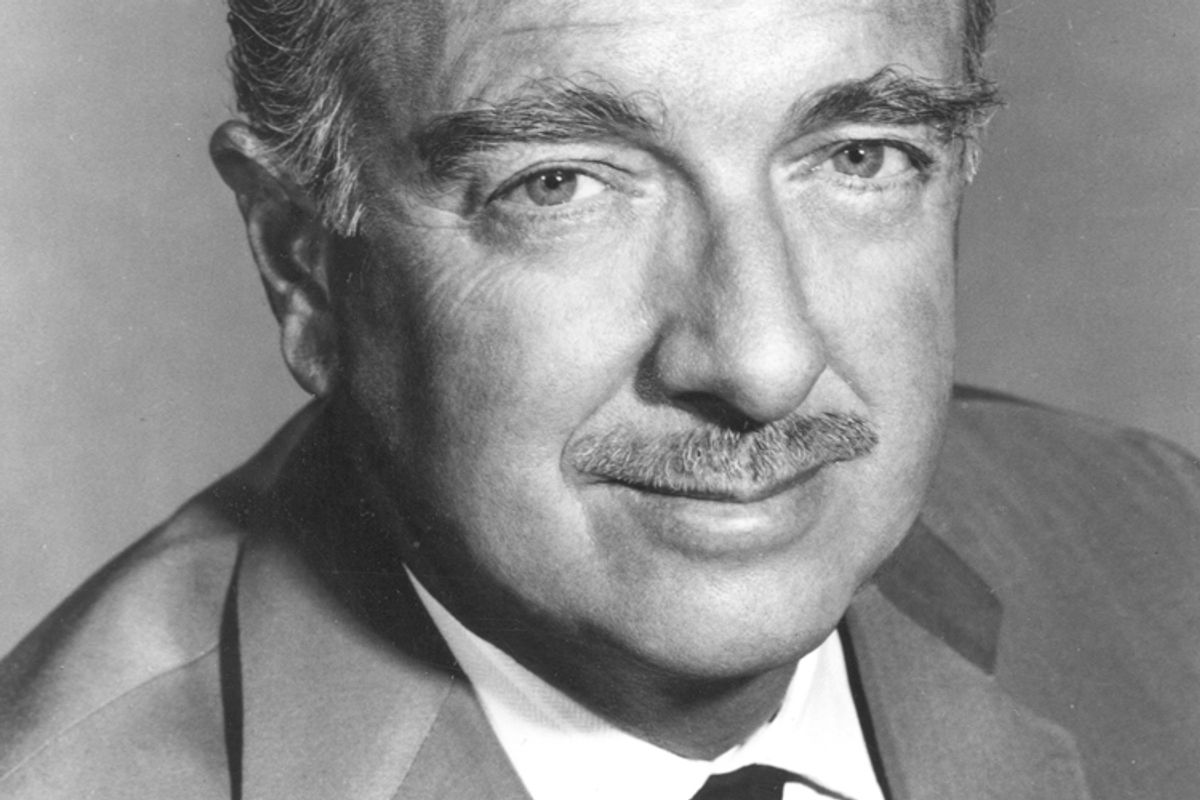 The 50th anniversary of the death of John F. Kennedy has provided the media an opportunity to interrogate itself. Surprisingly enough, the media gives itself a gold medal. CBS News, for instance, will be streaming Walter Cronkite’s famous coverage from Nov. 22, 1963, on its website from 1:40 p.m. on today.

This isn’t as glib a question as it may seem -- not least because CBS is offering for sale DVDs of its own coverage. Nostalgists can relive a president's death over and over! This past September's tribute to TV's power to inform the masses of Kennedy's death at the Emmy Awards set the tone; the news media has become obsessed, this past week, with mediating the assassination of the president as a media story. The assassination was a rare-for-the-time occasion for network news departments to break into regular programming; it is, in the literal sense of the word, a coincidence that the incident happened at a moment in history when Americans got their news from the three broadcast networks. Those networks are framing the incidents of 50 years ago, though, as notable for the fact that they happened on television, not for the fact that they happened.

Take, for instance, Tom Brokaw's brief memoir on NBC News' Web page, noting that Brokaw, then a local news reporter in Omaha, "raced to get it on the air, stunned, confused and wondering 'What now?'"

"I was just 23," Brokaw wrote, "and the wholly unexpected tragedy helped prepare me for a lifetime of covering world altering events." So, in a sense, thank heavens for the Kennedy assassination, for without it, we would not have had NBC News anchor Tom Brokaw, whose career has included a TV special and tie-in book called "Where Were You," about Kennedy's assassination!

Brokaw is and has long been the very face of boomer nostalgia for a simpler time, and explicitly views a national crisis as an opportunity for career advancement. "For you, that was the beginning of a CBS career, in a way," he told Dan Rather in a recent interview on "Morning Joe"; Rather replied, in part, "I don't like to speak of it in those terms." The former NBC anchor, in all of his books, tends to view history as anecdotal and incidental -- for people like former Nixon aide Frank Gannon, another of Brokaw's "Morning Joe" guests, an incoherent story about planning to play the piano for Kennedy sheds light on the assassination. For Brokaw, it's about media's power to speak to the nation.

But Brokaw's hardly the only person who's nostalgic about the way in which journalists, in a less cacophonous media landscape, got to speak to the nation directly. In a distasteful move, ABC News is live-blogging the events of 50 years ago as they happened at the time. At 11:40 a.m., the network noted, "Kennedy arrives in Dallas and is greeted by a large crowd at Love Field." Later on in the day, like CBS, the network's website will rebroadcast the reporting on JFK's death. But it'll lack one of the special ingredients CBS has on offer -- an introduction from Bob Schieffer:

Schieffer will also recount his extraordinary experience as a young journalist who conducted the first interview with Lee Harvey Oswald's mother, while giving her a ride from Fort Worth to Dallas to see her son in custody hours after he fired the fatal shot.

Fifty years later, and CBS is still hung up on its scoop. It's remarkable, by contrast, how quickly after the events of Sept. 11, 2001, news organizations recognized that what had been unique about the day was not their coverage of it. "Morning Joe" will rebroadcast the "Today" coverage of the towers falling each year, but that's as far as news networks trumpeting their own centrality to the day goes.

Perhaps that's because the anchors most active in news coverage in 2001 were accustomed to a landscape in which the news, not the newsman, had come to be the most important thing. When Tom Brokaw memorializes Kennedy, he's memorializing an unsustainable environment, one in which he and men like him were the arbiters of information. Now, perfectly in line with the boomer generation, the only information he can exclusively give us is about himself.