Alabama closes the book on the racism drenched, historic case. But times have not changed enough 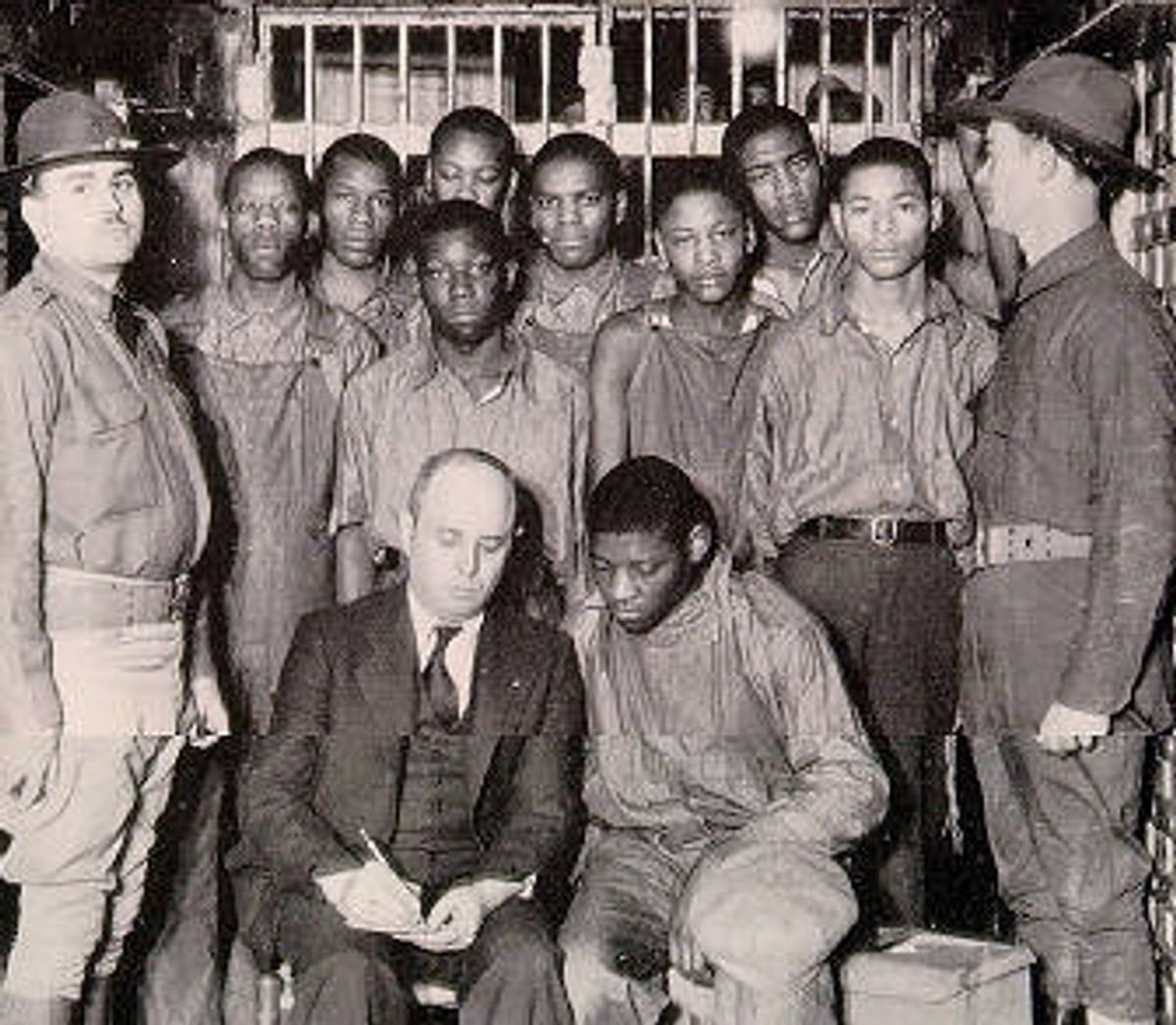 What solace in a posthumous pardon? Three of the Scottboro boys -- black men convicted as teens of the rape of two white women in a racism drenched 1937 case -- have been granted full pardons by the state of Alabama. They are the last of the nine convicted men to have the charge erased from their record. "Final peace in their graves," commented Sheila Washington, director of the Scottsboro Museum and Cultural Center. For whatever that's worth.

Haywood Patterson, Charlie Weems and Andy Wright were convicted on rape charges in 1937, following three trials, the recantation of one of the accusers and an attempted lynching. The case led to two Supreme Court rulings on legal representation and the racial make-up of juries. Eight of the nine men were initially convicted by all-white juries; one, Roy Wright, was considered too young to receive the death penalty. All the nine men spend time in jail, five had charges later dropped (rendering them ineligible for pardon) and one of the men was pardoned in 1976.

The final pardon, of course, is less about the dead men and more a symbolic recognition of Alabama's history of racism. "While we could not take back what happened to the Scottsboro Boys 80 years ago, we found a way to make it right moving forward," a statement from Alabama Gov. Robert Bentley read. "The pardons granted to the Scottsboro Boys today are long overdue."

Yet, and this is crucial, the Scottsboro boys' pardon is no reflection of a post-racial justice system, in Alabama or the broader United States. Prison and crime statistics illustrate a system still mired in racial bias. As the Equal Justice Initiative, a non-profit that provides legal representation to defendants denied fair trials highlights:

Although black people in Alabama constitute 27 percent of the total population, none of the 19 appellate court judges and only one of the 42 elected District Attorneys in Alabama is black. Nearly 63 percent of the Alabama prison population is black. The State of Alabama disenfranchises more of its citizens as a result of criminal convictions than any other state in the country.

Times have changed since the Scottsboro boys' ordeal. But not enough.