Another way conservatives are actively looking to undermine Obamacare 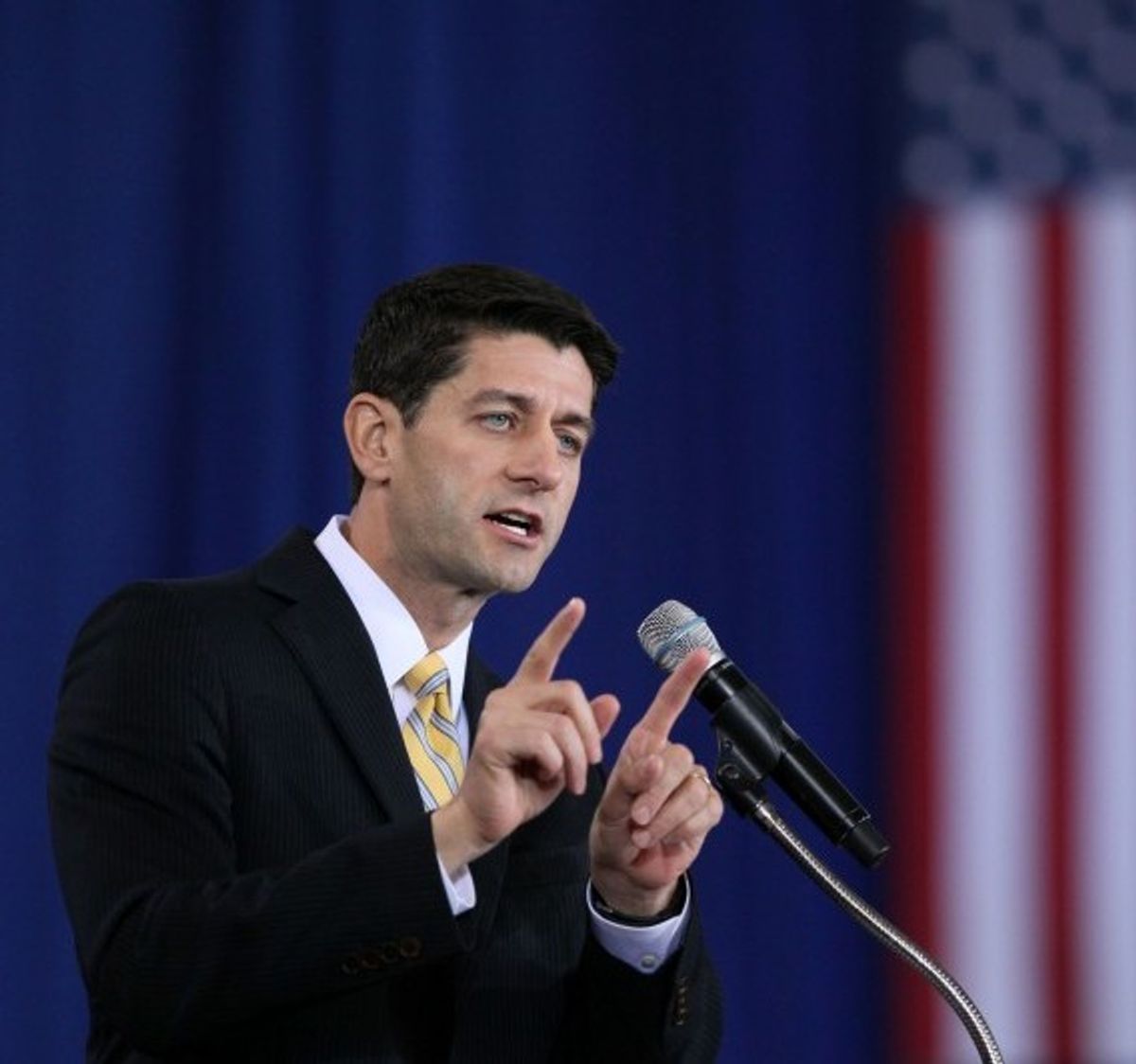 The media have been buzzing with stories — many of them wildly exaggerated — of people facing higher premiums as a result of Obamacare. But there’s a story about rates you may not have heard: According to Jonathan Gruber, a leading health care wonk at MIT, all private insurance premiums in the 25 red states that are refusing to expand their Medicaid programs will be 15 percent higher as a direct result of that decision.

But those numbers don’t capture the human cost. The reality is that conservatives are complaining about insurance policies being cancelled and the ACA’s error-plagued exchanges at the same time as they actively work to keep millions of poor Americans from gaining coverage under the law’s Medicaid expansion.

The victims of Obamacare’s implementation problems being hit the hardest, by far, are those whose incomes fall between the federal poverty line and the eligibility cutoffs in those 25 states rejecting Medicaid expansion. Not only will they be left uncovered, they won’t even be eligible for the generous subsidies that people earning slightly more than they do can use to buy insurance. It’s brutally unfair. The Kaiser Family Foundation estimates that 4.8 million poor adults may fall into that coverage gap — about twice the number of people expected to pay more for their insurance when their substandard policies are cancelled.

And it gets worse. In 40 states, adults without children are ineligible for Medicaid regardless of their income level. In 30 states, the parents of children who qualify for Medicaid may not be eligible themselves. All of these people would be covered under Medicaid’s expansion, but they’re being left high and dry in the 25 states who have rejected expansion. And while the problems plaguing healthcare.gov result from mismanagement and a contracting boondoggle, those red state lawmakers who refuse to expand Medicaid are inflicting this harm intentionally, based solely on their ideology.

In other words, they’re actively working to maintain America’s shamefully high rate of uninsured. And that comes with deadly consequences. Because, in this country, we do ‘let ‘em die’ – we let the poor and the uninsured die from treatable illnesses every day.

Last week, the Texas Observer ran a heartbreaking essay by Rachel Pearson, who recalled being a young medical student volunteering at a free clinic in Galveston, Texas. Pearson had a patient – a poor, uninsured patient — who was obviously very sick. But Pearson couldn’t properly diagnose his ailment with the resources available to the clinic. When his pain became severe, she sent him to an emergency room, but the personnel there refused to treat him because his symptoms weren’t an immediate threat to “life or limb.” As time passed, his condition deteriorated until he began having difficulty breathing. It was only then that an emergency room finally admitted him and diagnosed the cancer that had metastasized throughout his body. “It must have been spreading over the weeks that he’d been coming [into the clinic],” she wrote. He died a few months later. “The shame has stuck with me through my medical training — not only from my first patient, but from many more,” wrote Pearson, who now heads the clinic.

A 2009 study published in the American Journal of Public Health linked 45,000 deaths every year to the uninsured, even “after taking into account education, income, and many other factors, including smoking, drinking and obesity.” The lead researcher of the study, Andrew Wilper of the University of Washington School of Medicine, told the Harvard Gazette, “We doctors have many new ways to prevent deaths from hypertension, diabetes and heart disease — but only if patients can get into our offices and afford their medications.”

This is the real-world backdrop for our fierce debates over Obamacare. Yet Republicans’ answer to the uninsured crisis is to claim that having no coverage at all is better than being enrolled in Medicaid. And that’s why conservatives have no legitimate leg to stand on in griping about the program’s flaws, no matter how deep they run. Because when it comes to health care, the American conservative movement has nothing constructive to offer to fix the problem of getting more people health insurance — they can only whistle past the graveyard.

Here’s the sum total of what conservatives propose to fix our health care system. “Tort reform” remains popular; the argument is that malpractice suits drive up insurance premiums and make health care less affordable for the rest of us. But according to a 2009 study by the Congressional Budget Office, the total cost — “malpractice insurance premiums together with settlements, awards and administrative costs not covered by insurance” — makes up just two percent of our health care costs, and Republican proposals to limit payouts would reduce the cost of American health care by just one-fifth of one percent. When the CBO included the indirect effects — doctors performing defensive medicine to ward off lawsuits — they concluded that tort reform would only reduce health care spending by half of one percent. It’s an empty proposal that has more to do with dinging trial lawyers, who tend to support Democratic campaigns, than with improving our health care system.

Allowing insurance companies to sell policies across state lines is another reform proposed reform. Conservatives argue that more competition would lead to lower insurance costs. The problem here is quite simple: The US faces sky-high costs for health care goods and services — we pay more for everything from primary care visits to prescription drugs to surgeries thanpeople in other wealthy countries. Insurance costs reflect health care costs, and interstate insurance sales wouldn’t touch the underlying problem. Rather, it would create a race to the bottom, with insurance companies setting up shop in states with the least consumer protections so they could fleece their customers with impunity. None of this would expand coverage to the uninsured, improve care or bring down costs in any meaningful way.

Today’s conservative movement would only offer assistance to those who are already getting help from the public sector. But ironically, Paul Ryan’s Medicaid proposal would restructure the system so it looks like Obamacare. His plan, passed with an overwhelming majority of Republican votes in the House, would offer seniors vouchers to purchase private insurance on an online exchange. But the value of Ryan’s vouchers would only increase a bit faster than the rate of overall economic growth,which is projected to be far slower than the growth in health care costs. Over time, the vouchers would lose value, and the scheme would simply shift costs onto the backs of seniors.

For the poor, Ryan’s plan would have a similar effect. Rather than the federal government sharing the actual costs of Medicaid as they grow, Ryan would turn the program into a block grant to the states that would increase with inflation and population growth. In real-world terms, this would cut spending on health care for the poor by about a third by 2023, according to analysis by the Center on Budget and Policy Priorities.

There are only two ideas conservatives support that might help the tens of millions of Americans priced out of decent health care. In theory, they support community health centers like the one Rachel Pearson runs in Texas. (Although in practice, Paul Ryan’s budget imposes deep cuts on America’s 8,500 community clinics.) The other is to provide the poor with vouchers to purchase insurance on the private market. The idea has been embraced by some conservative intellectuals, but it hasn’t been offered as a legislative proposal. It has, however, been enacted in Arkansas under the Affordable Care Act and other states are considering following suit.

This is all today’s right has to offer.

Liberals like to point out that the Affordable Care Act was modeled on a conservative, market-friendly approach to reducing the number of uninsured – a plan born at the Heritage Foundation and championed by such conservative luminaries as Newt Gingrich.

But that’s only half true. It was a Republican plan 20 years ago, when conservatives still expressed an interest in governing responsibly. Today’s tea party-dominated movement sees health insurance as something that fosters dependency on the government, and must therefore be limited to those who can afford it themselves or get it from their employers.

Liberals have every reason to be dismayed over the maddeningly problematic launch of the Affordable Care Act’s exchanges because their preferred route to expanding coverage – building on the popular and already functional Medicare system – would have avoided many of the problems plaguing this overly complex, public-private scheme. But conservatives, serving up only red-meat rhetoric about government takeovers and litigation run amok, have nothing real to offer in terms of solutions. As such, in a rational world they should have nothing to say about Obamacare’s rocky rollout.