"Can the women be raped? Well, all it would take then is half of the room," Limbaugh remarked 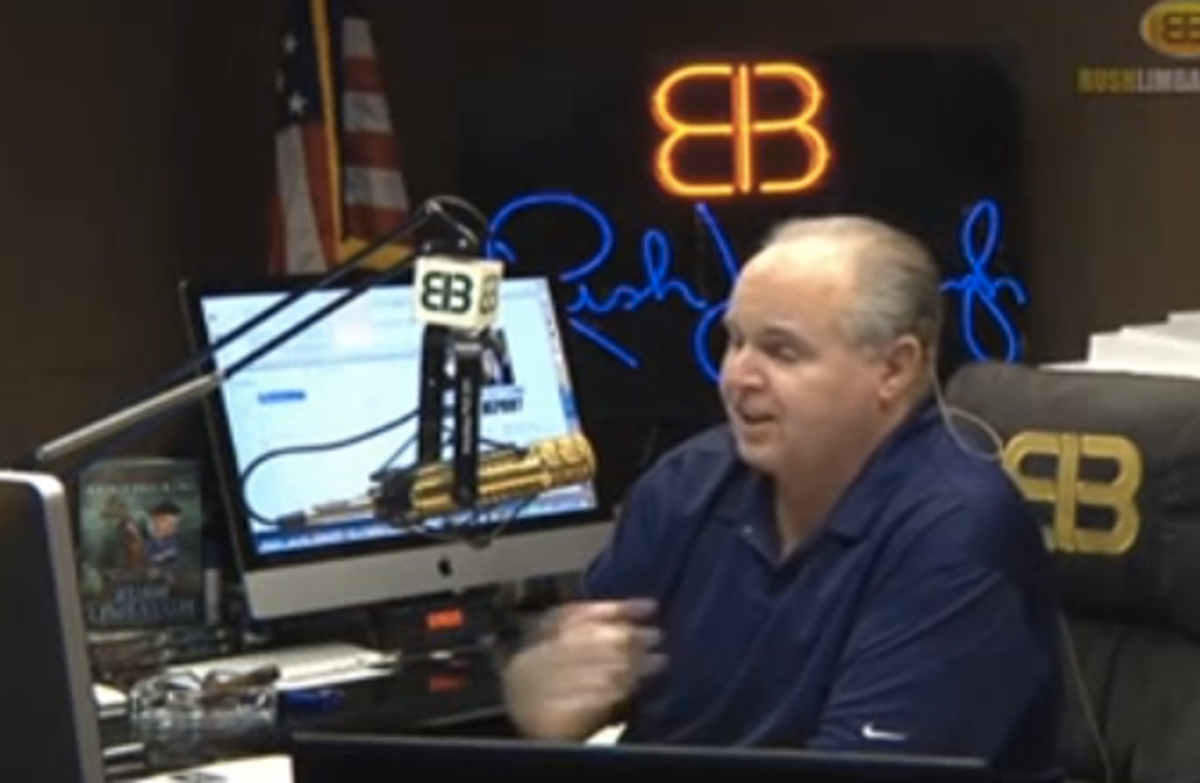 Here it is (emphasis mine):

Let's forget the Senate for a minute. Let's say, let's take 10 people in a room and they're a group. And the room is made up of six men and four women. OK? The group has a rule that the men cannot rape the women. The group also has a rule that says any rule that will be changed must require six votes, of the 10, to change the rule. Every now and then, some lunatic in the group proposes to change the rule to allow women to be raped. But they never were able to get six votes for it. There were always the four women voting against it and they always found two guys. Well, the guy that kept proposing that women be raped finally got tired of it, and he was in the majority and he was one that [said], 'You know what? We're going to change the rule. Now all we need is five." And well, 'you can't do that.' 'Yes we are. We're the majority. We're changing the rule.' And then they vote. Can the women be raped? Well, all it would take then is half of the room. You can change the rule to say three. You can change the rule to say three people want it, it's going to happen. There's no rule. When the majority can change the rules there aren't any.

My current Limbaugh exhaustion is such that I can't manage much of a response beyond a slow, guttural "noooooooo," but I will note that Amanda Marcotte contextualized this comment nicely when she pointed out that one of the major victims of the Republicans' filibustering was judicial nominee Nina Pillard, who was decried by conservatives as too "radical" because of her entirely vanilla stance on women's bodily autonomy.

"Nuclear option" thus enacted, Pillard will now have the necessary votes to get confirmed, which is a good thing for women and everyone else, really.

You can listen to the segment here: