As the daughter of an alcoholic mother, I know all the jokes about mommy mixologists can conceal something serious 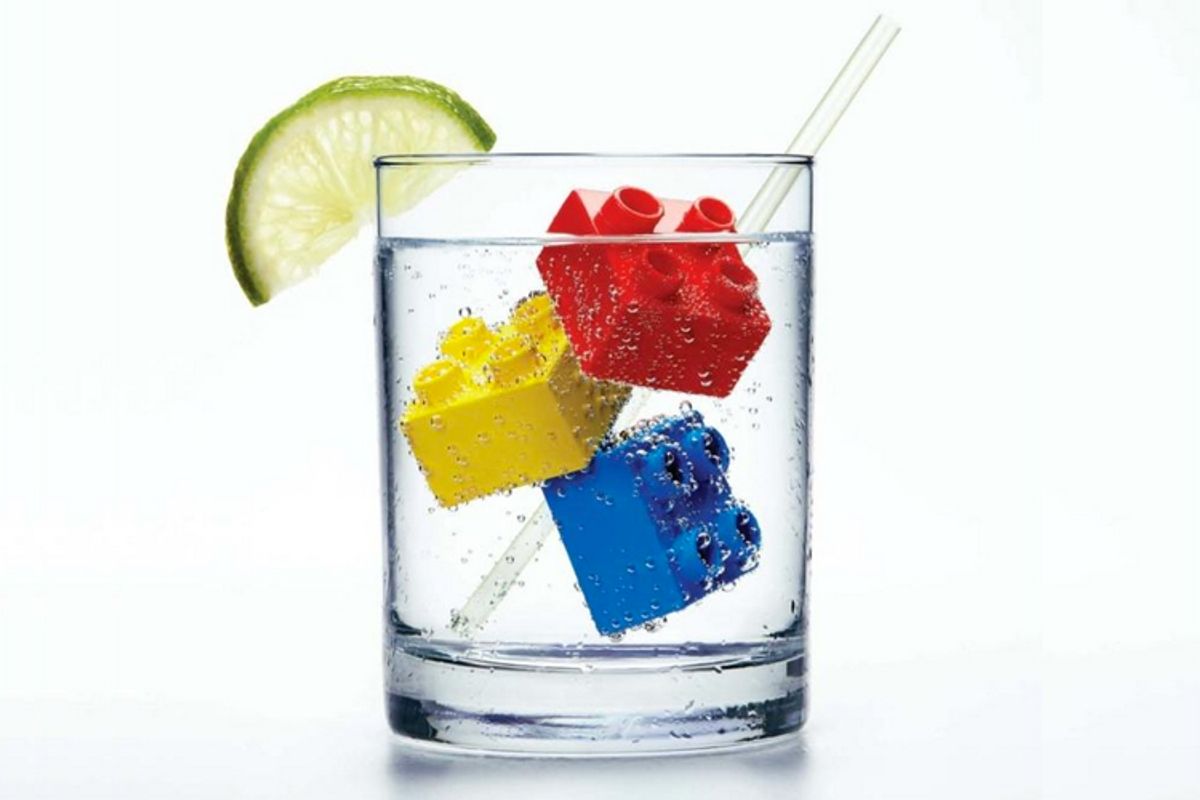 There was no social media when my mother began her descent to the bottom of the bottle. No Martini Mommy tweeting that “Two glasses of red wine turns my children from Devil-Eyed-Beasts to Tolerable-Additions-To-My-Life.” No Mommy Mixologist stressing that “sometimes Mommy REALLY needs a drink.”

Even the books – "Sippy Cups Are Not for Chardonnay," "The Three-Martini Playdate" and the just-released "Reasons Mommy Drinks" – arrived on bookshelves long after my own mother’s reasons to drink had grown up.

I wonder if, had my mother been born later, she might have adopted the Twitter handle @mommyhidesboozeinthewashingmachine. Might she have tweeted that “Vodka in my coffee dulls the sound of daughter’s begging me to stop drinking”? The thing is, I’ve seen the “mommy needs a drink” culture up close. It’s not that funny.

“Comedic gold,” is how Lyranda Martin-Evans described to a newspaper reporter the “daily struggle” that time-starved, sleep-deprived new moms face. Her book, "Reasons Mommy Drinks," which she wrote with blog partner Fiona Stevenson, offers up advice paired with mocktail or cocktail recipes. The Day Care Defense, for example, is a fruity rum drink that promises to “numb your guilt, kill germs and boost your immune system.” The first 18 months of motherhood were “really hard,” Martin-Evans says, but “tragedy plus time equals comedy.” Apparently tragedy plus vodka does too.

I’ve tried to laugh along. One of my favorite New Yorker cartoons features a woman with a glass of wine in one hand, her toddler on her hip. “This?” she says. “It’s a magical potion that makes everything you say interesting.”

Funny, right? It speaks to those mind-numbingly boring days when you’ve read "Puppy’s Birthday Surprise" 87 times and your kid won’t nap and you’re on deadline and you still can’t zip your skinny jeans even though your “baby” is almost three. Sometimes a glass of wine would take the edge off.

There was certainly opportunity when my kids were young. Alcohol was routinely offered at playgroups and toddlers’ birthday parties. Juice for the kids, “Mommy Juice” for the rest of us. But I had promised myself that I would never, ever be like my own mother. Otherwise, I might have been tempted to pour daily, perhaps tweeting “just made fish sticks for the kids so white wine, right?”

That’s not to say I’m a saint. There are plenty of times I’ve been a whole lot like my mom. The time I got so loaded at my husband’s company party that I awoke, makeup smeared on my pillow, pantyhose in shreds on the floor, with absolutely no recollection of the evening beyond the first course, which, not surprisingly, I hadn’t eaten.

Or the morning my toddler found me on all fours facing into the toilet as I vomited up the previous night’s brilliant idea to open up one more bottle of wine. “Mommy sick?” she asked. I felt bathed in shame.

Or the time I came home after a couple too many and visited each sleeping child to kiss them goodnight.

“You were funny last night,” said my eldest the next morning. “Why did you keep saying you loved me?”

Funny? I wanted to cry.

With an alcoholic parent, my risk of addiction goes up fourfold. I know this, which is why I’ve always had rules. No drinking alone. No drinking before I go out. No drinking hard liquor (except tequila. Don’t ask.). No drinking during the day.

Especially that last one. My mother began before breakfast with vodka in her coffee.

How, I wonder, do these other mothers do it?

Jowita Bydlowska knows. The author of the recently released "Drunk Mom," a memoir of her drinking during her son’s first year, knows just how they do it. As a new mom, Bydlowska felt an implicit permission to drink. “I deserved it,” she says. “I could reward myself.”

Her words sound familiar to the blogging mommies who say the “reason mommy drinks is because you cry.” It’s meant, of course, as a joke. But it reveals a truth about new motherhood. The anxiety. The isolation. The pleasure of that first drink. The release, for just a moment, of expectations – the world’s and our own.

It’s easy to see where alcohol steps in to ease that pressure, says Ann Dowsett Johnston, author of "Drink: The Intimate Relationship Between Women and Alcohol." “Drinking can be seen as relief from perfection,” she says.

Few of us, least of all me, are prepared for just how imperfect motherhood can make us feel. If I thought of it at all (I had never even been a particularly enthusiastic babysitter), I imagined a doll-like child who would behave exactly as the books on my bedside table promised me she would. Instead, my first cried with passion and outrage, making clear, I thought, that I was a huge disappointment as a mother. My husband was equally unhinged by her, choosing instead to work longer and harder at a paid job in which he succeeded.

I've learned since those lonely days that my experience wasn't so unusual. Many of us feel overwhelmed, underequipped and mercilessly judged. Why not reward ourselves, in the form of a glass of wine? Why not enlist others, equally exhausted and eager for a reward, to virtually imbibe with us? And chuckle along?

Dowsett Johnston is also the daughter of an alcoholic, and a recovering alcoholic herself.

She’s aware of the tweeting/drinking mommies. She doesn’t find it funny either. She calls it the “feminization of getting blotto,” a “Bridesmaids” culture that celebrates women getting drunk. Yet women, she says, are at a disadvantage, biologically speaking. "To be gravely affected," she writes, quoting the Big Book of Alcoholics Anonymous, "one does not necessarily have to drink for a long time nor take the quantities some of us have. Potential female alcoholics often turn into the real thing and are gone beyond recall in a few years.”

I’m not, of course, drawing a straight line between the tweeting-drinking moms and my own. Plenty of women -- indeed most — keep their drinking well under control. Their children’s safety and health is never jeopardized -- though their own health might be. “It’s the occasionally risky drinking of so-called normal drinkers that’s responsible for most emergency room visits,” says Dowsett Johnston. “Fifteen percent of breast cancers have been linked to alcohol.” There's also increased risk of heart attack and stroke.

Bydlowska doesn’t place blame for her addiction anywhere but on herself, but says that “If you’re surrounded by enablers — by that, I mean a society that celebrates this – it allows you to pretend that what you’re doing is fine.”

“Fine,” is how Stefanie Wilder-Taylor described herself, whenever her husband pointed out the amount of wine she was drinking nightly. Wilder-Taylor had built a mini-empire on being a party mom. Her books, "Sippy Cups are NOT for Chardonnay" and "Nap Time Is the New Happy Hour" put her on the bestseller list. And her online presence included her site Make Mine a Double: Tales of Twins and Tequila. And it was all fine… until it wasn’t. Wilder-Taylor got sober in 2008, declaring on her blog that things weren’t fine at all.

My mother had been sober more than 25 years when she died six years ago, far longer than she’d been a drunk. We often talked about those days. I knew the burden of guilt she carried and I would sometimes try and lighten her load, joking about some of what she’d done. The time she came home from work drunk, with her boots on the wrong feet. The time, giggling, she poured beer on my hapless boyfriend’s head. (I dumped him shortly after. He knew too much.) “How,” I once asked her rhetorically, my own kids underfoot, “did you deal with hangovers with two kids?” The thought of it made my own head hurt.

She didn’t laugh. Instead, she reached for my hand, looked me straight in the eye and told me again just how sorry she was for those years.

I know how sorry she was.

“We don’t pay enough attention to how much ‘mommy’ drinks,” says Bydlowska, herself sorry.

Except that some of us do.

And we’re not laughing.

Leslie Garrett is a journalist and author of more than a dozen books.