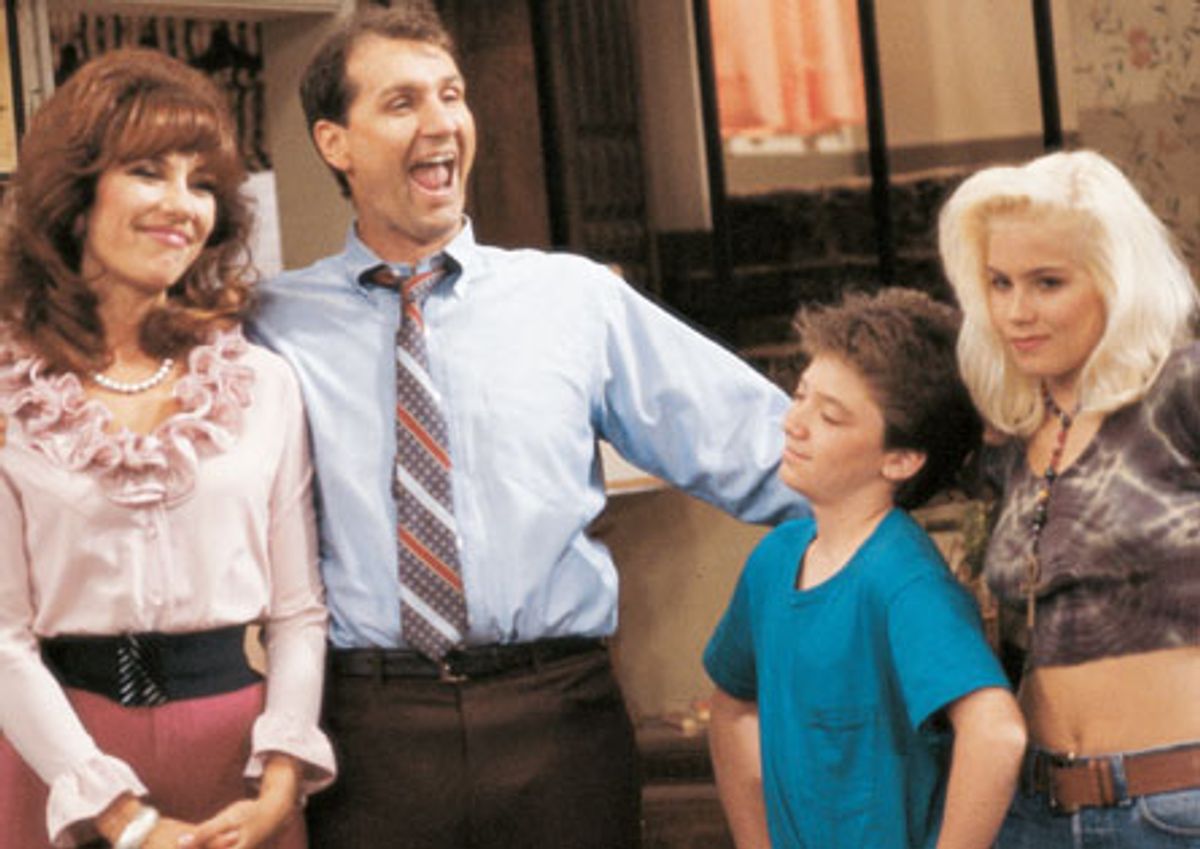 Scene still from "Married with Children"
--

When it comes to kids and media, most parents have probably moved on to worrying about the possible effects of video gaming and habitual texting. But new research suggests an old technology—television—remains highly problematic.

Researchers from The Ohio State University report preschoolers who either had a television in their room, or whose parents routinely kept the family set on as background noise, performed less well on an assessment of mental and emotional development. Specifically, they have a poorer understanding of other people’s mental states, “including beliefs, desires, intentions and emotions.”

This ability to “read” people, and grasp the fact that not everyone shares your views and attitudes, is known as theory of mind. It’s a vital step toward maturity, and this study suggests heavy exposure to TV hinders its development.

Writing in the Journal of Communication, the researchers, led by Amy Nathanson, describe a study featuring 107 children ranging in age from 38 to 74 months. They were recruited from five preschools in a large Midwestern city.

Parents were asked a series of questions regarding the kids’ television viewing, including how many hours they watch on an average day, whether there was a set in their bedroom, and how many hours a day the television was left on in the house, “regardless of whether anyone was watching it.”

They also reported how often the kids watched some specific channels, including the Disney Channel, Nickelodeon, Animal Planet, ABC Family, and PBS, and noted how frequently they discuss the content of the shows with their children.

The youngsters then were given a series of tests to assess their understanding of beliefs and emotions. Researchers noted whether they could distinguish their own thoughts, feelings, and knowledge from those of others.

The results: “Both background television exposure and having a TV in the child’s bedroom were significantly and negatively related” to these all-important abilities. The researchers suggest these may be markers of household where “parents are relatively less engaged with their children,” giving the kids fewer opportunities for intellectual and emotional growth.

In addition, television may present kids “with unidimensional portraits of characters and situations that lack depth and require only superficial processing to understand,” they write.

Surprisingly, the researchers found viewing of PBS was not related to higher abilities in this area. However, heavy exposure to one network—ABC Family—was “significantly and positively related to performance.”

That network “generally features human, non-animated characters engaged in a variety of interpersonal scenarios or dilemmas,” the researchers note. “Perhaps this format and focus allows children to identify and process characters’ mental states.”

Who knew there were educational benefits to watching Pretty Little Liars?