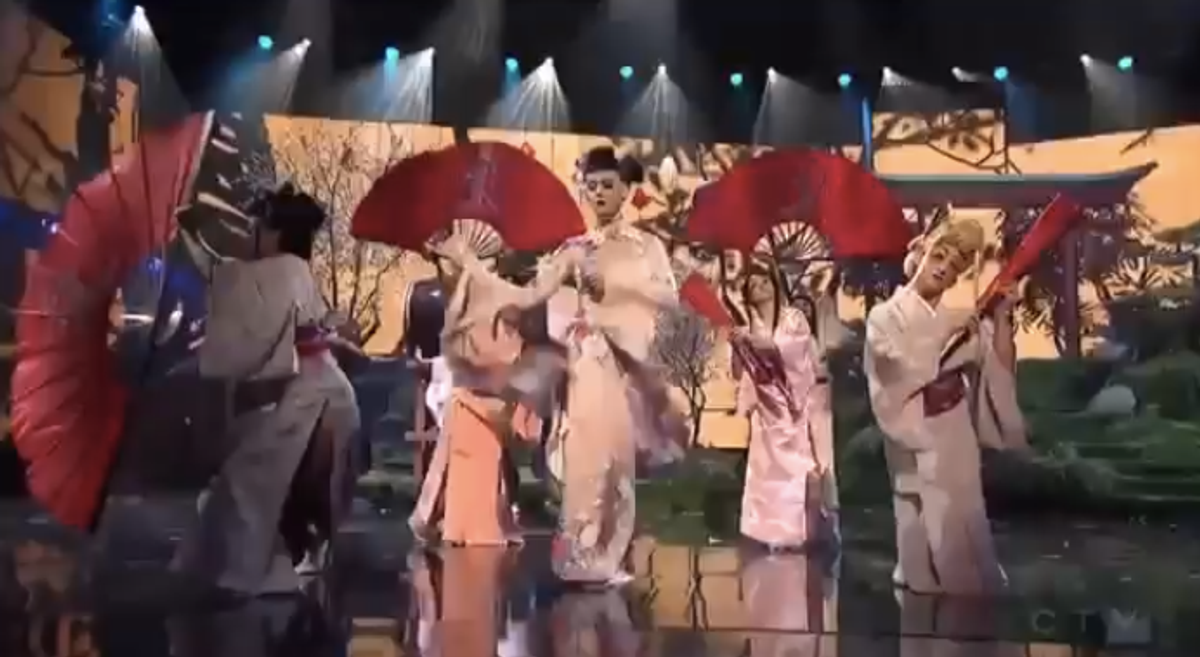 Katy Perry is stirring controversy for a performance at Sunday's American Music Awards in which she dressed as a geisha, complete with an elaborate Japanese-themed set of cherry blossoms, kimonos and fans, for her song "Unconditionally." Within seconds, the performance was called out as racist for its promotion of the stereotype "that presents [Japanese women] as servile, passive, and as Perry would have it, 'unconditional' worshippers of their men, willing to pay any price and weather any kind of abuse in order to keep him happy," as WSJ's Jeff Yang explained.

Though her performance wasn't hypersexualized in nature, Perry's cultural appropriation was just as problematic as Lily Allen's portrayal of black women in her recent music video "Hard Out Here," who seemed more like ornaments than people. The Altantic's Nolan Feeney explains that "while Perry’s skin-exposing interpretation of the kimono could have been more sexualized, it’s these kind of stereotypical visuals that plays into white fetishization of Asian women—something Perry doesn’t have to deal with when she takes off her costume."

This is a point that Perry must understand, at some level, as just a few weeks earlier the singer tweeted and then deleted a picture of her in a kimono dressed as a geisha with other Japanese women, with a description that read, "'One of these things is not like the others."