If convicted, the whistleblower faces up to 18 months in prison 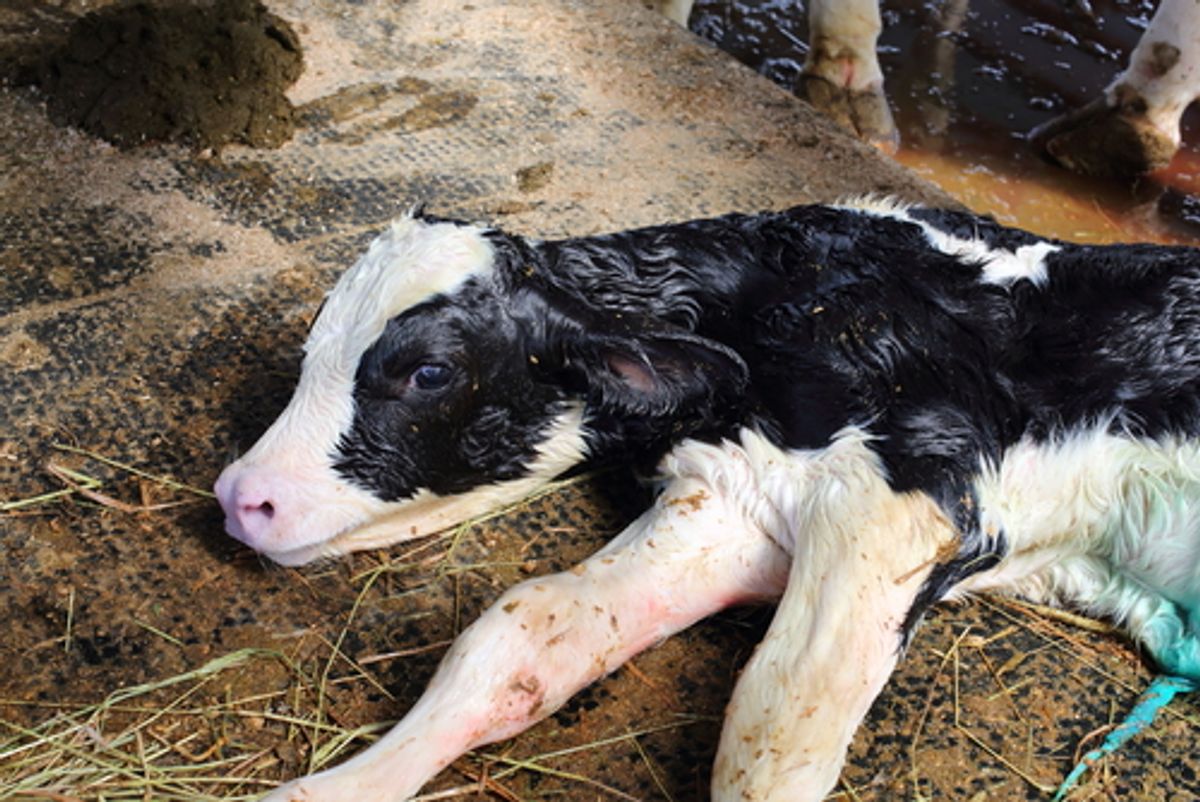 If you're a person who loves animals enough to take a job at a cattle company, solely for the purpose of exposing abuses that may occur there, you're going to have reconcile yourself with a few necessary evils -- like allowing the abuse to happen, temporarily, in order to get the footage you need to build your case.

That nuance, unfortunately, is lost on the Weld County Sheriff’s Office, which cited three employees at Quanah Cattle Company in Kersey, Colorado with misdemeanor animal cruelty, and then went on to also charge Taylor Radig, the activist who exposed that cruelty, for the same crime.

Radig, a member of the animal rights group Compassion Over Killing, spent two months at the cattle company, during which she caught workers on film kicking, throwing and otherwise mistreating newborn calves. The workers were fired earlier this month after the group released the footage, about two months after it was initially filmed; the charges against Radig were added later.

"Radig’s failure to report the alleged abuse of the animals in a timely manner adheres to the definition of acting with negligence and substantiates the charge Animal Cruelty," a statement signed by the sheriff explained. They're also accusing her of having participated in the abuse. If convicted, she faces up to 18 months in jail.

Journalist Will Potter, who broke the story over the weekend, called such charges "unprecedented," although, as he pointed out, industrial agriculture companies have been pushing hard for "ag-gag" laws that would punish those who dare get anywhere near a slaughterhouse with a video camera. Despite not being one of the states where these laws are in effect, he writes, Colorado's clearly joining the bandwagon.