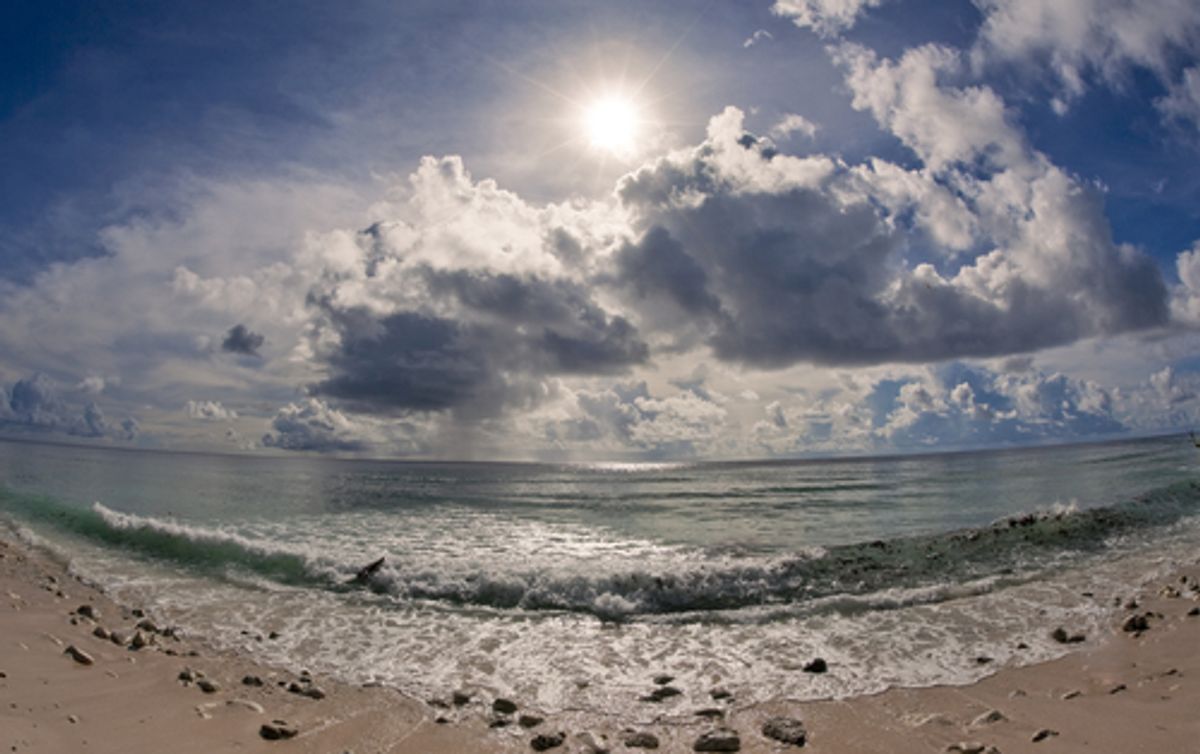 Betio island in the republic of Kiribati (Shevelev Alexey/Shutterstock)
--

A man who says he was forced to leave his home on the Pacific island nation of Kiribati because of climate change will not be granted refugee status, a New Zealand court ruled Tuesday. Because he had overstayed his visa, his family -- including three New Zealand-born children -- now face deportation. From the Associated Press:

Ioane Teitiota and his wife moved to New Zealand from the low-lying Pacific island nation in 2007. He argued that rising sea levels make it too dangerous for him and his family to return to Kiribati.

Immigration authorities twice rejected his claims, so he appealed to the High Court.

In his decision, Judge John Priestley said Teitiota did not fit the definition of a refugee under international guidelines because he was not being directly persecuted.

The judge said if he broadened the definition, millions more people worldwide suffering from natural disasters or warfare would be eligible to become refugees.

As Think Progress explains, Teitiota's attorneys had tried to argue that he was, in fact, being directly persecuted. By definition, the claim requires human interaction, and the carbon emissions responsible for rising sea levels and changing weather patterns can be attributed to indirect human agency. The court called the argument "novel" and "optimistic," but ultimately unconvincing.

That definition may soon need to be broadened regardless. Kiribati, a string of low-lying island atolls, is one of the nations most vulnerable to climate change -- and the court acknowledged that climate change could one day constitute a legitimate claim for refugee status. As rising sea levels cause people's homes to disappear, some will become refugees. And they'll need somewhere to go.