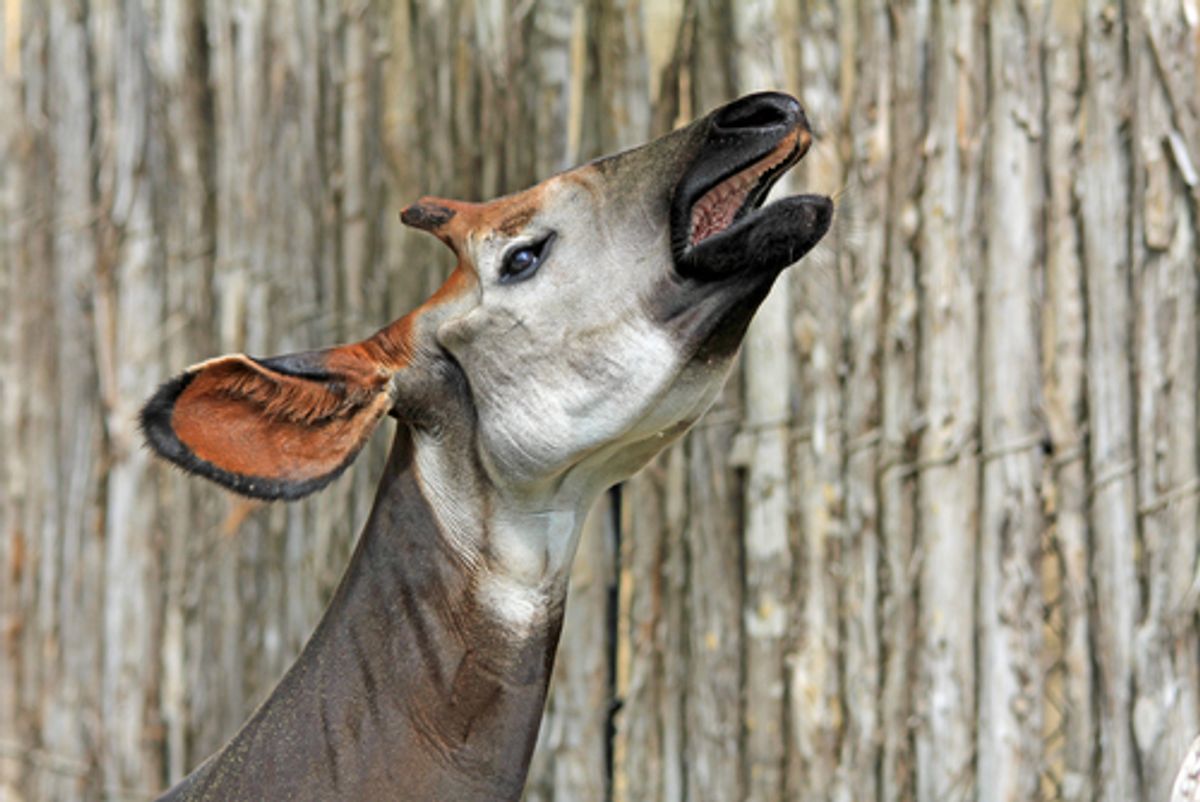 The DRC's okapi is newly recognized as endangered (Malgorzata Litkowska/Shutterstock)
--

A rare, strange breed of giraffe and an even rarer bird could soon be lost forever, according to the International Union for Conservation of Nature. The Swedish-based group, which tracks and studies the world's least common species, just updated its Red List to reflect the current state of threatened mammals, birds, reptiles and plants.

It's not all bad news, the IUCN is quick to point out, as conservation efforts have led to success stories for a species like the California Channel Island fox and leatherback sea turtles. Both remain on the list, but with less urgent classifications on a scale that ranges from "least concern" to "extinct."

Still, "the overall message remains bleak," said IUCN's Jane Smart. "With each update, whilst we see some species improving in status, there is a significantly larger number of species appearing in the threatened categories."

Of 71,576 species assessed, a full 21,286 are threatened with extinction. As some of the Red List's more notable updates demonstrate, the fate of all remains insecure: