The man who brought the world "2016: Obama's America" tries and fails to be funny on Twitter 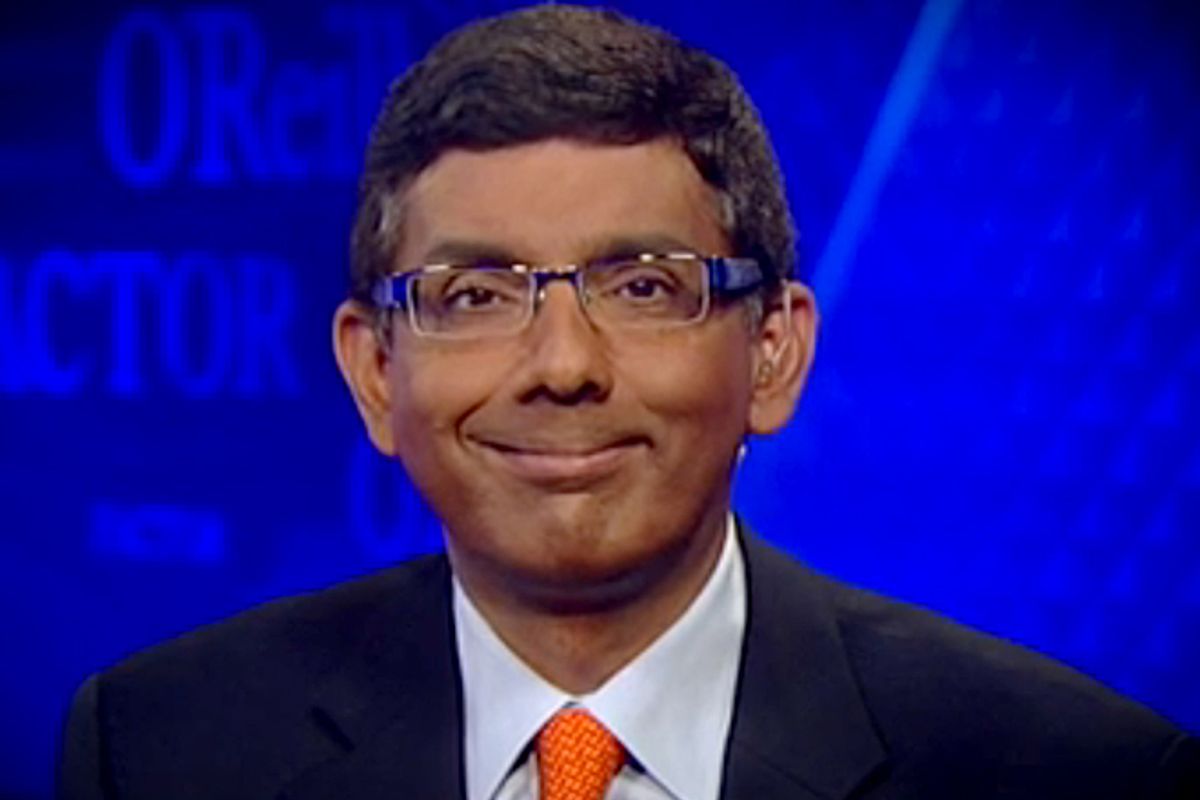 D'Souza, who was the president of the small evangelical school the King's College until he was asked to resign after being caught engaging in an extramarital affair, is no stranger to controversy. His pseudo-documentary, "2016: Obama's America," while popular among right-wing audiences, nevertheless earned poor reviews and multiple charges of racism. The book on which the film was based, also by D'Souza, fared little better. It even garnered a negative review in the right-wing Weekly Standard.

Considering the source, then, D'Souza's tweet is less than surprising. Still pretty terrible, though!