Satellite images reveal that Iran, Saudi Arabia and other nations were underreporting their catch to the U.N. 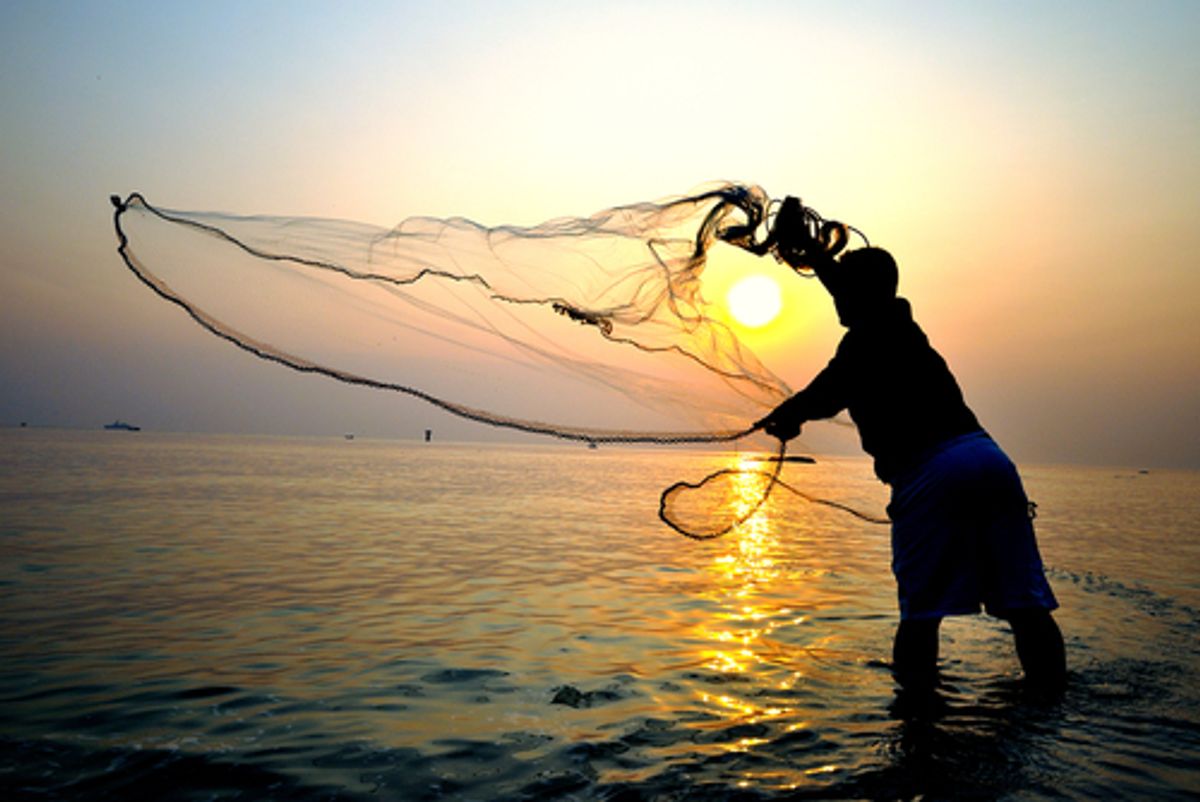 Add this to the list of things you're no longer able to get away with in the era of satellite imagery: rampant overfishing. In an unprecedented study, researchers used Google Earth to catch Persian Gulf nations underreporting their haul. By a lot. Like almost 30,000 tons over what they'd been reporting.

To pull it off, the University of British Columbia researchers used Google Earth images from 2005 to 2010 to identify weirs, traditional structures used to trap fish. From space, they look like this: As Quartz explains, the researchers then relied on the Google ruler tool, along with data about historical catch rates, the length of the fishing season and fish composition at different locations to provide a realistic estimate of how many fish the weirs they counted were capable of scooping up. LiveScience reports on their surprising findings:

The researchers counted 1,900 weirs along the Persian Gulf coast during 2005, which they estimate translates to 34,170 tons (31,000 tonnes) of fish. That year, however, the countries in the region only reported a total catch of 5,800 tons (5,260 tonnes) to the United Nation's Food and Agriculture Organization.

What's more, Iran, Saudi Arabia or Qatar reported no catch data from weirs at all that year. The researchers say this is especially problematic in the case of Iran, where 728 weirs were spotted, resulting in an estimated 13,225-ton (12,000 tonnes) catch.

"Time and again we've seen that global fisheries catch data don't add up," study researcher Daniel Pauly said in a statement. "Because countries don't provide reliable information on their fisheries' catches, we need to expand our thinking and look at other sources of information and new technologies to tell us about what's happening in our oceans."

After oil, fisheries are the region's second most important resource, study author Dalal Al-Abdulrazzak told NBC News. The massive catches brought in by weirs, and their tendency to capture young fish that have yet to spawn, she said, "could have dire consequences for fisheries' stock in the long term."