Colorado state Sen. Evie Hudak is the third lawmaker to face a recall after a controversial gun control vote 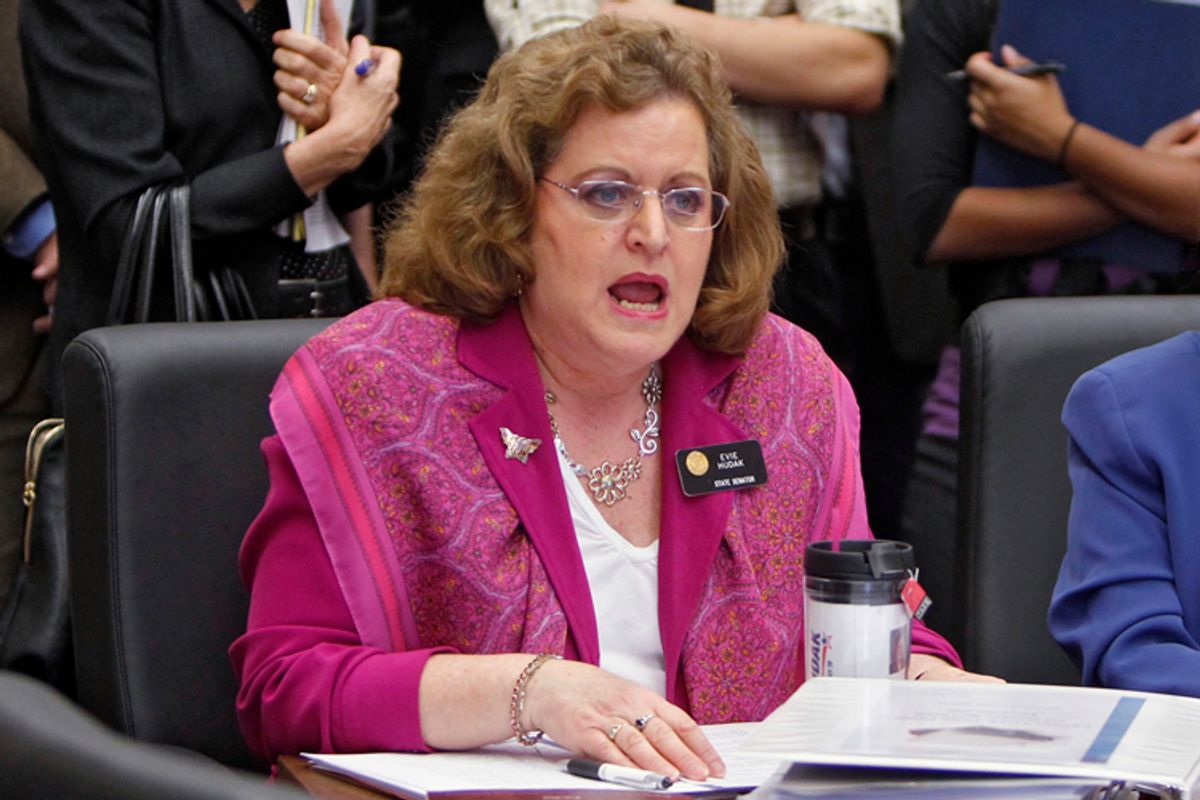 Rather than possibly lose a recall vote, and thus tip the balance of the state Senate from Democratic to Republican control, Colorado state Sen. Evie Hudak has announced she will resign her seat, effective immediately.

Hudak is the third Democratic state senator to lose their seat in the wake of the passage of a controversial gun control package that expanded background checks and banned ammunition magazines over 15 rounds. Two others — John Morse and Angela Giron — were previously ousted by gun rights activists in the state's first ever recall election.

"Most Coloradans believe that going through a background check is a reasonable thing to do if it means we can keep guns out of the hands of violent criminals," Hudak wrote in her resignation letter. "Most Coloradans believe that the convenience of high-capacity ammunition magazines is less important than saving lives in tragedies like Sandy Hook, Aurora and Columbine. By resigning, I am protecting these important new laws."

By resigning now, before the petition for her recall was turned in with the necessary number of signatures, Hudak ensures that a Democratic vacancy committee will fill her seat. Her replacement will then be able to serve until next November, when they'll have to win reelection.

Hudak's resignation is, in part, a recognition from Colorado Democrats that the recall effort might have been successful, thus making her the third state lawmaker to be removed from office over the controversial gun vote. Two other Democrats, Senate President John Morse (Colorado Springs) and state Sen. Angela Giron (Pueblo), were defeated in September in Colorado's first-ever recall election. The result was widely regarded as a victory for the National Rifle Association and gun rights activists, in a year marked by a national debate on gun violence following December's elementary school shooting in Newtown, Conn.

Gun rights have long been contentious in Colorado, home to two of the most deadly mass shootings in U.S. history. Support for stricter gun laws briefly rose after the Columbine High School massacre of 1999, but declined over the next decade. Last year marked another turning point, when a gunman walked into a late-night show at a movie theater in Aurora on July 20, killing 12 people and leaving more than 70 injured.

According to a Quinnipiac poll released ahead of September's recall election, 82 percent of Colorado voters supported expanded background checks. But respondents were less favorable toward a 15-round magazine limit, with an even split among voters between those who supported such a measure and those who opposed it.