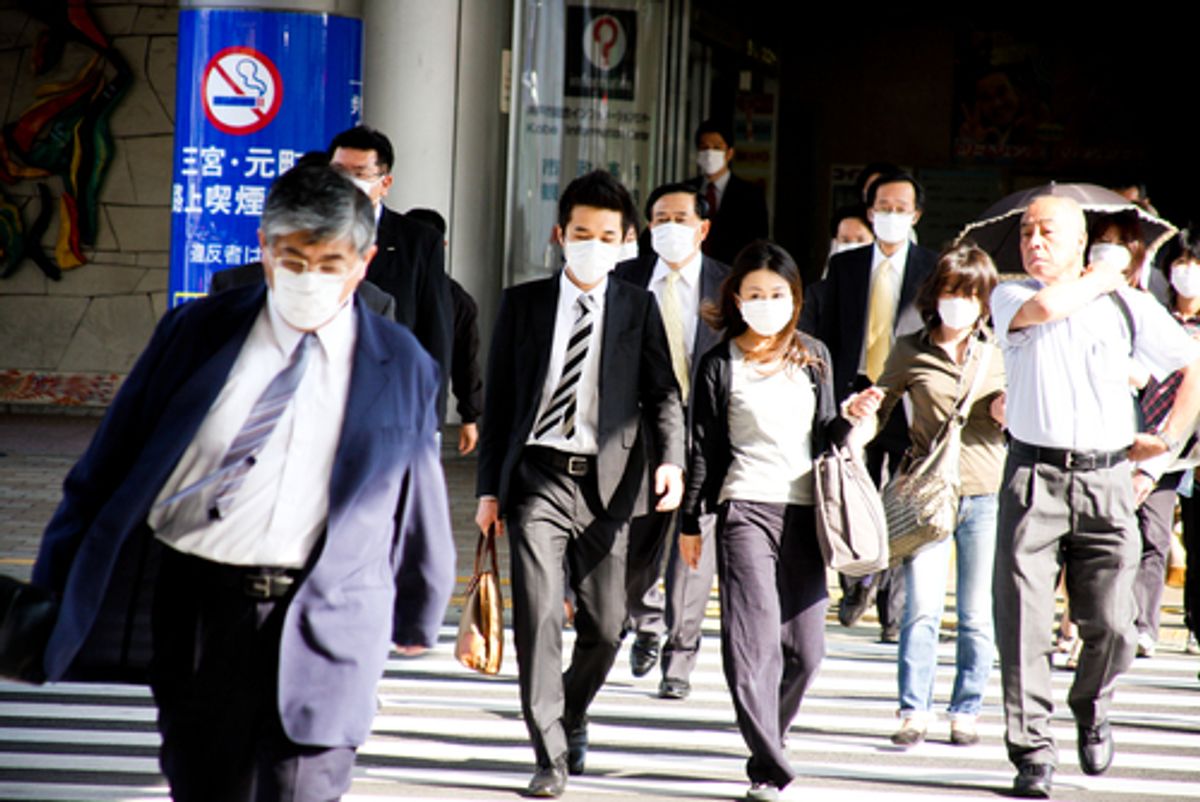 KOBE, JAPAN: People on the street wear face masks because of the outbreak of swine flu near Sannomiya JR station May 20, 2009 (Hinochika/Shutterstock)
--

About 203,000 people throughout the world died of flu and respiratory problems during 2009's H1N1 epidemic, a new study funded by the World Health Organization found. When heart failure and other secondary consequences of the flu are included, the death toll is bumped up to about 400,000 -- far exceeding the 18,449 laboratory-confirmed cases that the WHO had until now been reporting.

"This study confirms that the H1N1 virus killed many more people globally than originally believed," Lone Simonsen, a research professor in the Department of Global Health at George Washington University, said in a statement.

The updated numbers are similar to those arrived at last year by the Centers for Disease Control and Prevention, which extrapolated its findings from early data. However, there were a few important differences, as the L.A. Times reports:

Among the findings that surprised researchers was the age and geographic distribution of deaths. Most of the people who died -- 62% to 85% -- were younger than age 65. Traditionally, seasonal influenza hits seniors the hardest.

[The range in percentages for deaths under the age of 65 is due to a range of rates in the 20 sampled countries, as well as different statistical methods used to calculate global deaths.]

Researchers also calculated that flu-related deaths were 20 times greater in Central and South America than in European countries. That finding stood in sharp contrast to an earlier U.S. Centers for Disease Control and Prevention estimate that the heaviest mortality rates occurred in Africa and Southeast Asia, and that death rates in the Americas were lower.

And from the New York Times:

Brazil’s data was particularly enlightening, [Simonsen] said, because infection and death rates there were much higher in the temperate, relatively wealthy south than in the impoverished, tropical north. That suggested, she said, that the flu threat was more dependent on cold weather than on income, which affects the quality of medical care victims get.