The "Boardwalk Empire" alum who deserves to be a star

Now that his "Boardwalk" time is done, the versatile Jack Huston deserves a show of his own 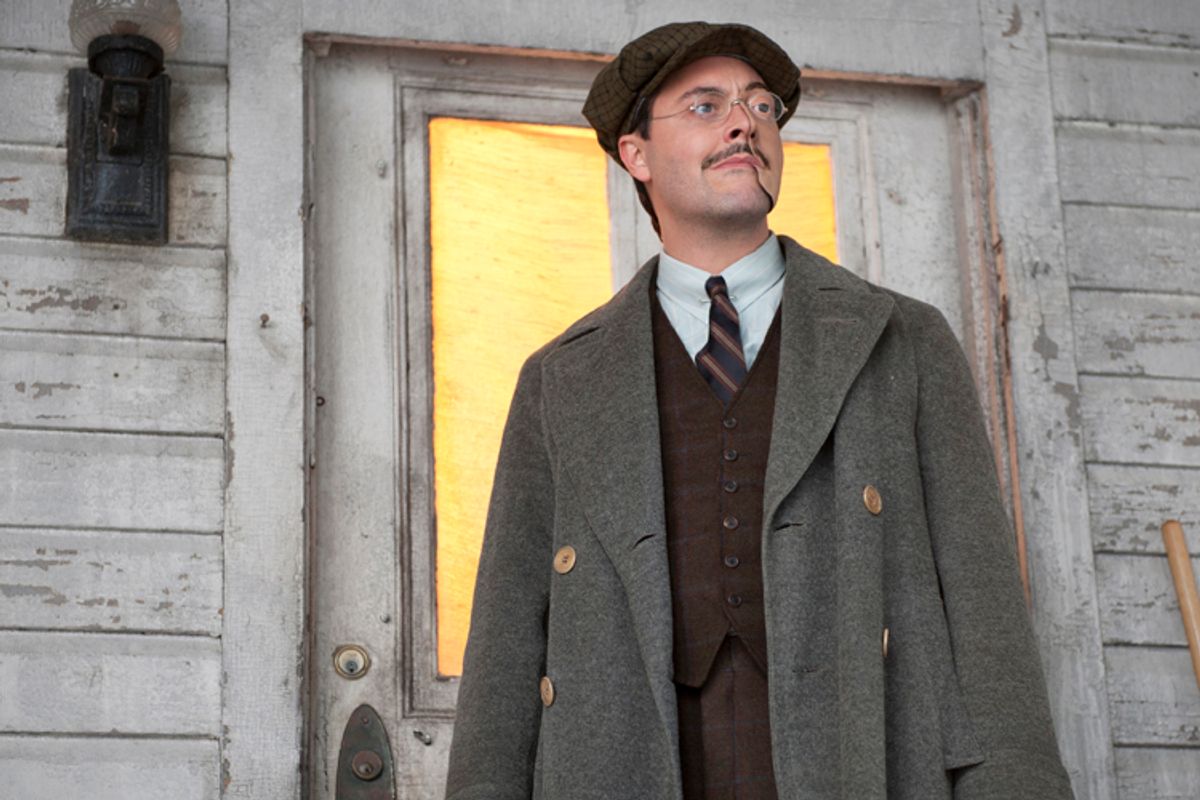 "Boardwalk Empire" fans saw the demise of a most beloved character when the fourth season of the HBO show came to an end this Sunday. Richard Harrow, the severely maimed sharpshooter-turned-thug-turned assassin barely escaped capture after having literally missed his mark and accidentally murdered the daughter of a friend. Wracked with guilt, he fled toward the makeshift family he'd labored so hard to protect. But in a world where most retirement plans amount to no more than a hail of bullets -- alas -- Harrow died alone by the shore, dreaming of a home that never was. As romantic and karmically appropriate an end it may have been for a Prohibition Era gunslinger, it still seemed an untimely exit for a performer with Huston's potential. It is for that reason and more that I suggest someone give Jack Huston A Show of His Own.

Maybe it's hyperbolic to say that Huston did more with half a face than most actors do with one, but there is no question that he invested Harrow with a remarkable amount of expressiveness for all the emotional range the tragic character was allowed. The trained marksman was first introduced in Season 1 where he intimidated rival gangsters as much with his grim visage as with his gun. Huston spoke with a garbled rasp that -- while sinister -- also betrayed the pain and discomfort of Harrow's extreme disfigurement. Given the breadth of performance permitted on "Boardwalk Empire," from Michael Stuhlberg's stoic Andrew Rothstein to Bobby Cannavale's scenery-devouring Gyp Rosetti, Huston's could have easily been an over-the-top portrayal. It wasn't. And its nuance obviously impressed someone because Harrow's appearance was extended from a five-episode arc to this past weekend.

As the story developed, Richard Harrow's quest for love and normalcy became more pronounced and Huston commanded great empathy. When a focus for his affection finally revealed herself and the chance at belonging became concrete, Huston's posture, mannerisms and speech registered so much longing, even as he tried to restrain himself. It was almost painful to watch the character suffer in the belief that he could not possibly have what everyone else possessed even though it was right there in front of his single eye.

The mask he wore on the show gave Huston a hint of menace. But, uncovered, his features are far softer and less angular than his famous aunt Anjelica and his uncle Danny -- who is currently wreaking havoc as a ghostly serial killer on the outrageous "American Horror Story: Coven." But even if you can somehow flush the image of the moonshine guardian Richard Harrow and his coarse, tweed suits, there is still something timeless -- or at least ol' time-y -- about the actor. Maybe it's his shock of dark, matinee idol hair, but Jack Huston seems born to play in period dramas. In addition to "Boardwalk," he can be seen in David O. Russell's upcoming '70s-set "American Hustle" and in the film "Kill Your Darlings" playing noted Beat Generation writer Jack Kerouac. Prior to that he appeared in "Not Fade Away," David Chase's film about a rock band forming in the 1960s. And before that, he starred in the film adaptation of Ernest Hemingway's posthumously published novel "Garden of Eden."

Sticking with that theme and spitballing as I typically do under this rubric, I can see him as a charming knockabout, a trickster, a good-natured con man. Maybe it's the specter of Harrow, but I think Huston's abilities would be wasted on the right side of the law -- so no cop procedurals unless he plays a man somewhat out of time as Tom Mison and Jonny Lee Miller do on "Sleepy Hollow" and "Elementary," respectively. (Though we didn't see much of it during his run on "Boardwalk," Huston has a wonderfully endearing lighter side to him. An early scene from this season where he jokes with his sister about her meager marriage prospects stands out as proof.) Truthfully, though, it's tough to speculate on future TV roles for Huston as his career thus far has shown him to be something of a chameleon. Even within the role for which he is best known, he has been a brother and a father, a companion and a lonely mercenary, a killer and a romantic hero. In short, he is poised to do almost anything. And if we can see his entire face, that'll be even better.

A Show Of Their Own Boardwalk Empire Jack Huston Tv