A playwright's journey from despair to success, with a side of capoeira

Louise Munson was lost in life when she got into grad school. Now she's got a martial arts-inflected play 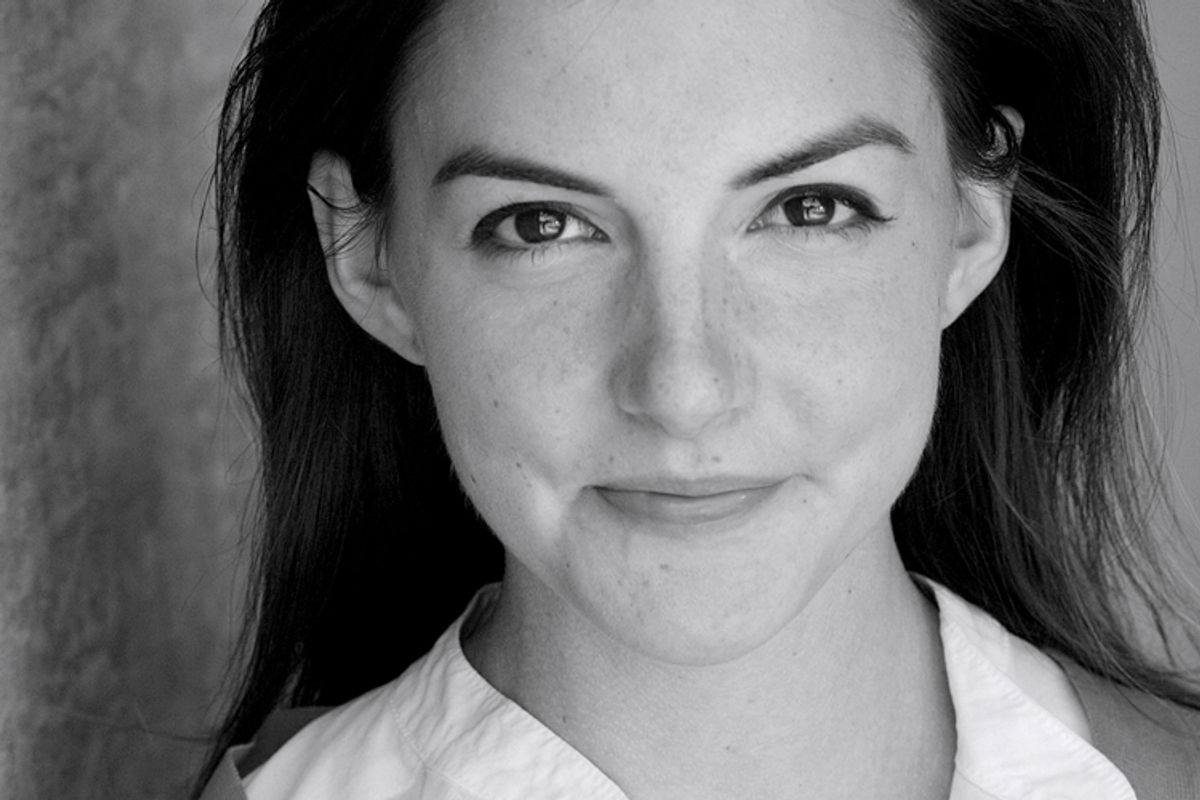 Louise Munson’s debut play, “Do Like the Kids Do,” was produced by IAMA Theater Company in Los Angeles last year and is coming to New York for a limited run from Dec. 5-15 at the Studio Theatre. In the seriocomic play, Claire returns home for Christmas determined to reconnect with her big brother, Patrick. Her plans for a sentimental journey are complicated with the arrival of their Harvard-bound stepbrother and Patrick’s “maybe girlfriend” Yoshiko. I spoke with Munson about the connections between playwriting and fiction writing, how family informs her work, and why capoeira is one of her biggest influences.

You have studied under many prominent fiction authors. What drove you to write this as a play, rather than a novel or short story?

There was really no thought about this play as fiction. It's an ode to my brother, basically, and it had to be a play. I just had to hang out with him one day, and I already knew the actor who could play him, and that's how I started writing it. It came from missing someone, which is where a lot of my writing comes from.

You know, I didn’t have a traditional education, but I was lucky enough to have a mother who's a classics professor and was really my first storytelling teacher. My bedtime stories were Greek myths. When I started writing, I was completely lost in my life, like utterly in despair. I ended up applying for a fiction MFA at Bennington on a whim, and I didn't think they'd let me in because I didn’t go to college, but they accepted me. I loved everything about Bennington. Reading fiction and studying with great authors like David Gates, Jill McCorkle and many more taught me so much about playwriting. I'd like to think that the more varied your education is, the better, or the more vivid, the work. And that's one of the great benefits of getting lost. Anyway, I wish the two worlds (fiction and theater) overlapped more.

You are clearly drawn to themes of identity, expectation and isolation, especially as they relate to family. Why are these so significant in telling this story?

Well, I think I've always been interested in the perception of failure or success and how that forms a person. And what those words mean, exactly, and who's telling us what's what. I grew up in an academic environment of high expectations, but it was also a liberal environment, so it was never actually articulated, it was just there under the surface. As a kid, I saw all of that affect the adults around me and I felt a certain unnameable pressure to "succeed," which is probably why I ran in the opposite direction very young. Now I’ve found my way back, I guess, but in my own way. Oh, man, I don't really know. These are still things I'm wondering about. I try to write about whatever I don't know about, or what bothers or angers or excites me in the moment.

The play heavily incorporates music and movement, yet is far from being a musical. Why did you find these elements so important in telling this story?

The influences I find myself constantly returning to — Chekhov, Joan Didion, Deborah Eisenberg, Calvino, Louis C.K., off the top of my head — all create in their work a very particular music, cadence and rhythm that is enchanting and mysterious and close to life. For me, a good play is like a piece of music. In terms of movement, my brother, who obviously is a big influence on me, became obsessed with capoeira a few years ago, and when he was out in Los Angeles visiting me, dragged me to a class. I was not in the mood, but when we got there it was amazing to watch, and at the end everyone had to sing and they were playing instruments and it was impossible not to be joyful and totally in the moment. It was some of the best theater I've ever seen.

So I thought, this is what I want to see in a play. The main characters, Patrick and Claire, are close but have a complicated relationship, and the play is about saying goodbye to the rituals they had as kids, about growing up and the necessary separation that entails. And so, like a lot of families, the way they communicate is more truthful when they just shut up. When they're playing capoeira, or reading in the attic, or having a jam session, or especially when they sit in silence, or whatever, that's when you see their relationship most clearly. In the silence or music of shared space.

How do you expect the work on "Kids" will influence your future writing? And what is next for you?

It's my first play, so I hope it's a beautiful mess, and that I can return to the characters often when I miss them. Up next, my play "Luigi" will be produced in L.A. by Inkwell Theater Company in July 2014. It's about an Italian family (a lot of the play is in Italian) and poetry and language and has elements of the absurd and Inkwell has been nothing but game for all of it. I'm also writing my next play surrounding three girls. It's another goodbye story. I always end up writing goodbye stories.

Do Like The Kids Do Drama Louise Munson Video