The right's D-Day delusion: What to really expect with Obamacare's Nov. 30 relaunch

Some things to keep in mind as you wade through the histrionics surrounding tomorrow's relaunch of Healthcare.gov 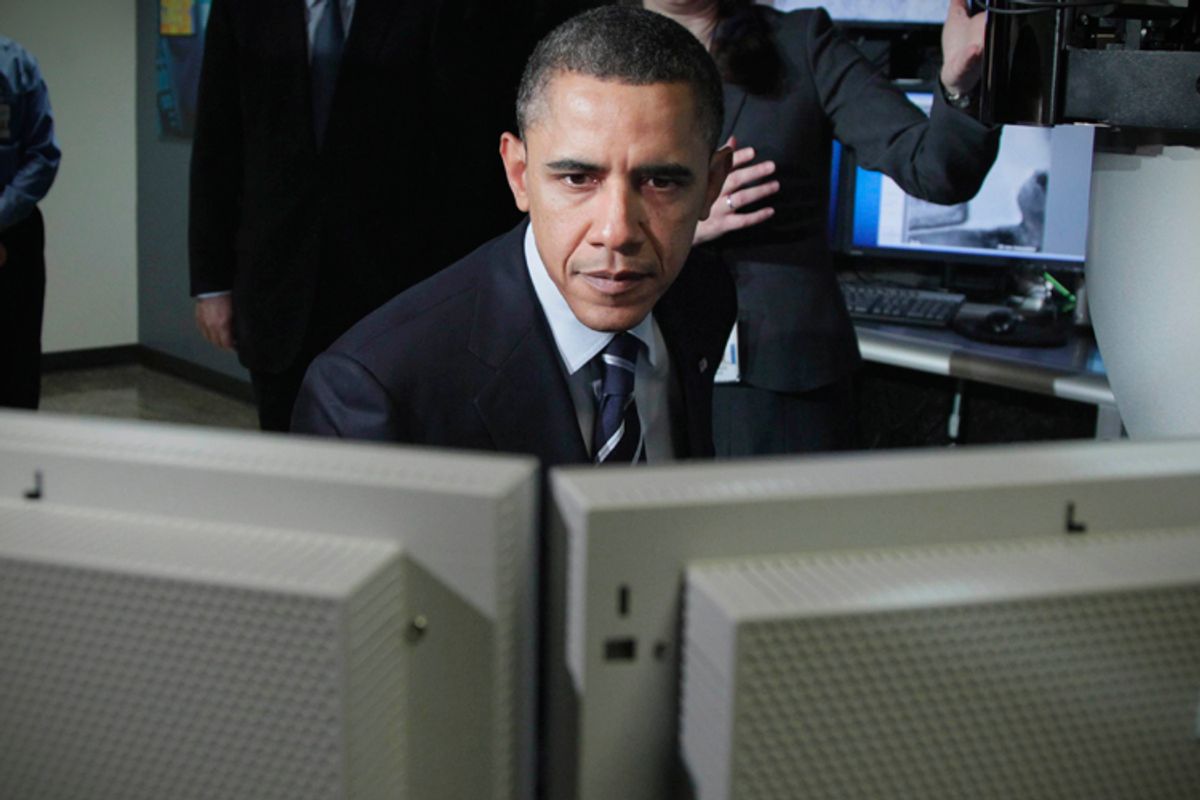 If you've been following the ongoing Healthcare.gov tragicomedy for the past two months, you've probably seen at least one person suggest that Nov. 30 (this Saturday!) is Obamacare's D-Day, or that this will be the most important weekend in the law's history, or something similarly melodramatic.

Suffice it to say, that's a bit overblown. But it actually is a pretty important weekend for the Affordable Care Act, even if the law isn't exactly facing a pass-or-fail proposition. So here are a few things to keep in mind as you attempt to wade through all the histrionics that you're bound to encounter if you're not unplugging until Monday.

We can already sort of pre-judge the progress the Obama administration has made over the past couple months by looking at what they've done in preparation for this weekend and beyond. And I think it's safe to say that Obama and company are guardedly optimistic that the site will survive its grand-semi-reopening, so long as the law's supporters do a decent job managing the flow of demand.

On the one hand, Health and Human Services Secretary Kathleen Sebelius was pretty bullish about the site's capacity and reliability on a call with state and local elected officials Tuesday. "Don't hesitate to recommend people go to Healthcare.gov and sign up," she said.

That's not something you'd say if you were expecting people to encounter page after page of error messages or other difficulties applying and enrolling.

But it's also clear officials don't think they're quite ready to handle an organic surge of traffic, which they're likely to face given the proximity of the new year and the pent-up demand created by a two-month effective site outage.

On Monday, Dylan Scott of Talking Points Memo scooped that the administration has asked health care reform allies like Enroll America and Planned Parenthood to direct traffic to the site in a gradual and targeted way. They expect the site can smoothly handle 50,000 people at a time, but at the peak of interest in the site in early October, 250,000 people were visiting at the same time. The administration wants to avoid a crush like that both to prevent the public relations fallout of an embarrassing site outage in early December and to avoid convincing skeptics who are willing to give the site a second chance that it's actually a hopeless mess.

Then on Wednesday, administration officials issued a recommendation that people should avoid visiting the site during peak hours (around 2 p.m.) and should instead log on in the morning, evening or over the weekend.

If traffic exceeds capacity, the site now features a new queuing system that will provide users expected wait times or offer to email users when they're clear to log on. So it's working, but with limitations. Healthcare.gov is still transmitting information to insurance companies with significant errors, so one key bottleneck will persist, even if it's one consumers never really have to struggle through themselves.

That's the environment the law's potential beneficiaries can expect, starting now. And if it holds, then the system really will have the capacity to make up for lost time over the coming four months.

And that's the one thing to keep in mind between now and mid-January, when the administration will offer up an enrollment tally, and we'll learn whether demand for coverage has translated into accelerating enrollments and sustainable markets across the country.

Conservatives will try to create the impression that the site is failing no matter how well it's actually working, by publishing and over-reacting to all the error messages they're able to collect. The law's supporters will try to balance out that strategy by passing along all of the success stories they come across, verified or unverified, on the Internet or elsewhere. Allow me to recommend that you resist both genres of irrational exuberance.

If new developments conspire to change the story, you'll know it. If the site experiences repeated outages, or users are plagued by error messages and traffic plummets, then it'll be fair to suspect weak enrollment and, at the very least, a disappointing first year for the law. If the insurance industry reports that things have turned around dramatically, you can safely conclude that the rollout catastrophe was a blip and the Affordable Care Act will be fine. But if things evolve steadily, it'll be genuinely difficult to gauge how well things are going until after the first of the year.

That's frustrating if you're heavily invested in the law's success or failure. But that's just how it is.