Superheroes are a bunch of fascists

Today's comic-book movies are all about superior beings dominating everybody else. Where's the left-wing superhero? 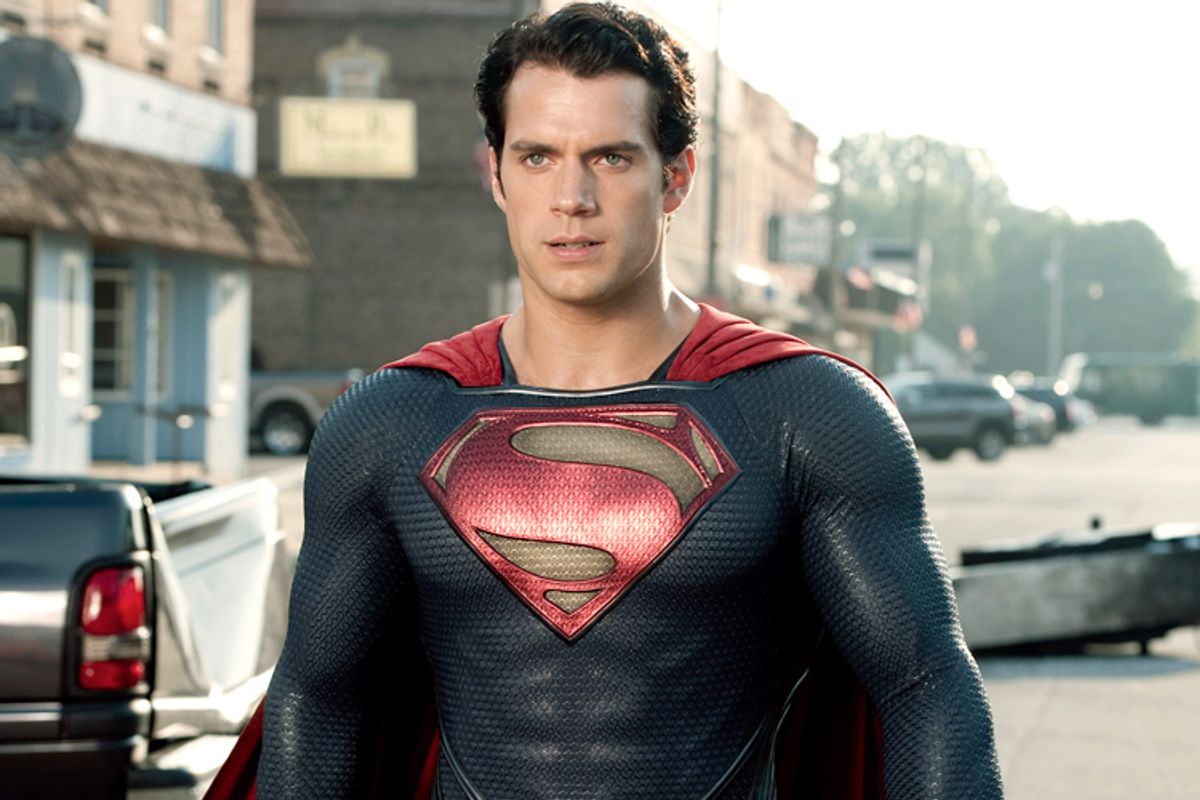 Superhero films are being killed with kindness. They are far too respected politically, with too many wondering if Batman represents Bush, Harvey Dent Obama and the Joker Bin Laden. My favorite misreading is the interpretation of Bane's uprising in "The Dark Knight Rises." It was a blatant reference to Occupy Wall Street, and an interesting example of capitalistic paranoia, yet some still saw this as a reference to the Tea Party. (Come on, people -- storming into banks? Complaining of corruption? Occupying Gotham? Surely you can see it's not the Tea Party they're afraid of?) Even those who take a more critical approach are treating the films as if the screenwriters or directors had happened to choose a disappointing political viewpoint all by themselves, as opposed to recognizing the limitations placed upon them by powerful, less-than-socialist movie studios.

Critics tend to renounce superhero films only if they don't like that kind of thing anyway. Everything has a political dimension, but this is all too often forgotten with superhero narratives, as defenders of the genre respond to any criticism with the fallacious standby, "What were you expecting, 'Citizen Kane'?" The reason it's so difficult to convince people that a superhero movie could be intelligent rather than fall back on right-wing clichés is because it's been so rarely done: After so many movies that are clearly no more than bubble-gum, most people with a taste for proper drama understandably cut their losses and look for intelligent narrative elsewhere.

Yet the critics can't leave them alone. It's an unfortunate coincidence that the Marvel-led boon in comic-book movies (which had actually already gotten underway before 9/11 with "Blade" in 1998, "X-Men" in 2000 and "Spider-Man" filmed in the summer of 2001) -- should have coincided with the "War on Terror." What has been overlooked, though, is just what a lousy metaphor superheroes are for nations. The main problem is force: sheer physical force, which lies at the heart of the superhero myth, something Steven T. Seagle observed nicely in "It's a Bird...", his poignant autobiographical graphic novel about his reluctance to write for a Superman comic, in which he points out that Superman triumphs by being able to move faster and hit harder than everyone else: essentially a fascist concept.

I was reminded of this by Jor-El's speech in "Man of Steel":

You will give the people an ideal to strive towards. They will race behind you, they will stumble, they will fall. But in time, they will join you in the sun. In time, you will help them accomplish wonders.

How, though? Those watching him can't fly, topple buildings or fire heat rays from their eyes. What else does Superman do other than these purely physical feats? The 1978 version of Jor-El warned: "It is forbidden for you to interfere with human history. Rather let your leadership stir others to." Can you really inspire others with steel? At this point it's interesting to reflect on the real-life leader who chose a name meaning "Man Of Steel": Stalin.

Fascism also reduces the role of anyone who isn't Superman to that of an adoring onlooker. Anyone who has ever daydreamed about heroic activities as a child might remember the passive role the imaginary spectators take on while you rescue them, display superpowers or battle your antagonists. As China Miéville said of Frank Miller's earlier celebrated comic-book miniseries "The Dark Knight Returns": “The underlying idea is that people are sheep, who need Strong Shepherds." Throughout Christopher Nolan's Dark Knight trilogy, the people for whom Batman is fighting are absent. There are some awed children, and a couple of people foolish enough to think that they could dress up as Batman, but they put in no more than fleeting appearances.

Fascism also relies on people who must be crushed. The Batman films -- and indeed the entire Batman mythos -- are based on the idea that what criminals really need is a damn good thrashing, because it's the only language these punks understand. The vicarious thrill in seeing Batman yell "Swear to me!" at some pitiful creep who swears to God he doesn't know anything is for the nasty-minded child in all of us: an innocent pleasure until you start to think about the politics. Always lurking in these movies, too, is the assumption that whether or not we should torture people is actually a question, surely the most obscene symptom of the cultural shift toward right-wing ideas in a liberal coating (seen also in "Homeland" and "Battlestar Galactica").

Alan Moore attempted to bring this to our attention in his masterpiece "Watchmen," but to his chagrin it was simply absorbed into the geek mainstream. The comic book intended to question the dubious right-wing nature and unexamined fascistic assumptions of superhero narratives ended up being made into a film by Zack Snyder. Capitalism, of course, has an advantage over fascism: it has survived longer because it can incorporate criticism and pseudo-criticism. "Iron Man," for instance, begins with the premise that high-tech weaponry is indeed a Bad Thing, but its solution is that the guy who built it should have a conscience. Then its use is just cool. Just as Superman's triumph is due not to heroism but to his physical strength, the successes of Iron Man and Batman are due to their equipment.

While watching the beautifully realized climax to "The Dark Knight Rises," I couldn't help thinking the real moral was that to defeat evil, to take a stand and to fight for what you believe in you just need a really cool turbine-powered heavily armed flying car. "He's got a lot of firepower," says one of the police admiringly after Batman has evaded him. George Orwell remarked on the limits of Dickens' socialism:

There is not a line in ["Hard Times"] that can properly be called Socialistic; indeed, its tendency if anything is pro-capitalist, because its whole moral is that capitalists ought to be kind, not that workers ought to be rebellious.

Bruce Wayne and Tony Stark are surely American equivalents of what Orwell called "The good rich man" in Dickens' novels -- as exemplified in Mr Brownlow, the Cheerybles, John Jarndyce, Scrooge -- who makes his money from the system but then uses it to help individuals who have suffered because of it. Thus is the system vindicated.

Superhero films have also given us, most obviously in "Man of Steel" and "The Avengers," bloodless versions of 9/11: all the patriotism, none of the deaths. They've told us we must not give up hope in those fighting wars for us. They've glorified the military. "I just think he's kind of hot," says a female soldier as Superman zooms off at the end of "Man of Steel." "This man is not our enemy," says her commanding officer earlier in the film, as the real and fictional U.S. superpowers join forces. I don't imagine Bush or Obama would disapprove.

In the meantime, why can't I stop watching these movies? Because my imagination is shaped by superheroes: fights and chases are iconic, mythic triggers for me. How cool it would be to say, like Christian Bale's Batman: "Tell me where the trigger is, then... You have my permission to die." How revolting it would be if I actually could. The hunt goes on for a superhero who says something worth listening to. I continue to dream the superhero dream, but that doesn’t mean I have any illusions.