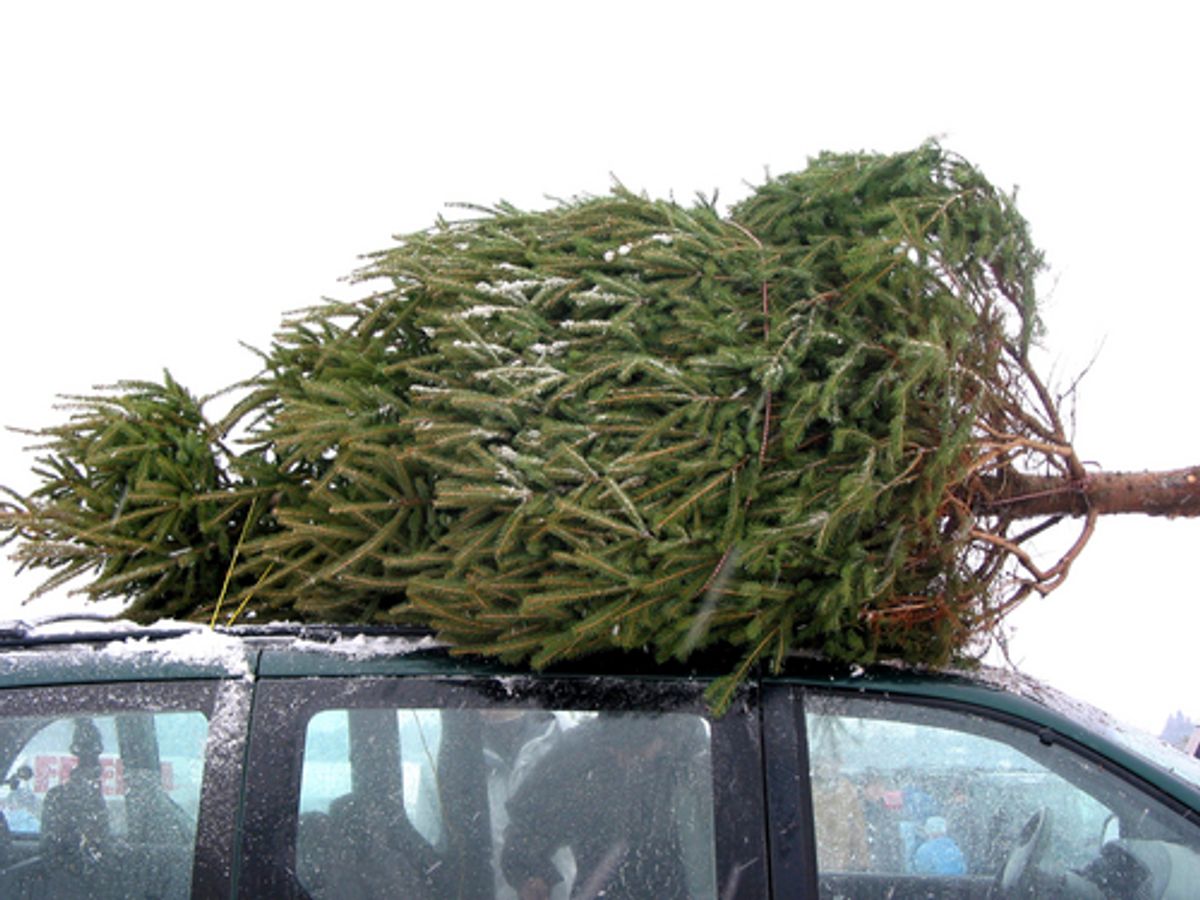 There are between 25 million and 30 million "Real Christmas Trees" sold each year in the U.S., according to the National Christmas Tree Association, and 350 million growing on Christmas Tree Farms. And phytophthora root rot, an insidious water mold, is threatening them all. From the Associated Press:

"Phytophthora is a problem in most areas where true firs ... are grown," said Gary A. Chastagner, a plant pathologist and extension specialist at Washington State University. "It's a national problem."

...One study estimated the potential losses to Oregon's nursery and Christmas tree industries of up to $304 million a year if Phytophthora is not properly contained. Douglas and Noble fir are the dominant holiday tree species in the Pacific Northwest.

In North Carolina, the No. 2 producer, it costs farmers up to $6 million a year, said John Frampton, a Christmas tree geneticist at North Carolina State University in Raleigh.

To date, no fungicide has proven effective to control Phytophthora on Christmas tree plantations. So once it's in the soil, that's it.

Now, it's a race to see who's going to be able to save the American Christmas tree industry (the National Christmas Tree Association also notes that 80 percent of artificial trees are made in China). Various researchers are working on identifying the gene that makes trees resistant to rot. Most ambitious among them is Katie McKeever, who received a USDA grant "to create a nationwide collection of Phytophthoras from Christmas trees to understand regional variation in pathogen populations."

And while they wait for science to catch up, local farmers are doing what they must to adapt, which right now means switching over to other, more resilient breeds. The Turkish fir and the Nordmann, both native to Eurasia, have shown promise. Still, the farmers can't resist waxing nostalgic about the classic breeds. As one told the AP: "These Fraser fir are to the mountain people what the buffalo was to the Plains Indian. ... These Christmas trees have kept family farms in families. And we're very thankful for them."