McCutcheon and Hamner denies any involvement in an ad that features a white man dressed as "Mr. Wong Fong Shu" 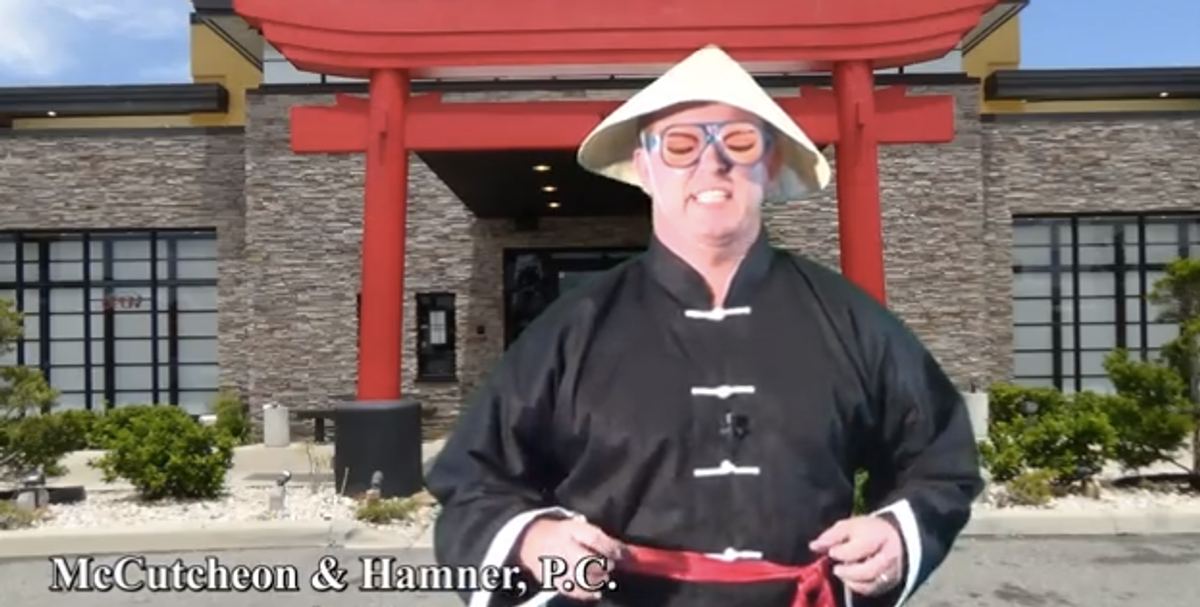 Alabama law firm McCutcheon and Hamner is attempting to distance itself from a horribly racist ad that features a white guy who repeats the phrase "Confucius say" and a mask with slanty eyes. The firm released the ad on its YouTube page in November, but after facing backlash from blogger Angry Asian Man and other media outlets, now says that it had no knowledge of the ad, which was produced by Definitive Television's Jim DeBerry.

DeBarry tells Vice, however, that the lawyers wrote the copy for the offensive ad.

McCutcheon and Hamner have responded by saying that their Web site was hacked, posting this notice on Facebook:

Attention: McCutcheon and Hamner's You Tube Channel has been hacked. Our firm did not approve the latest advertising commercial. We apologize to anyone who has watched the commercial. Our IT team has been working all morning to get the commercial taken off You Tube and find the person who is responsible for this action. Again this firm sends out our sincerest apology.
-Thomas W. McCutcheon and Joel R. Hamner

Meanwhile, DeBarry, who plays *shudder* "Mr. Wong Fong Shu" in the commercial, has left the ad on his YouTube page and has clarified that he is not racist, guys: