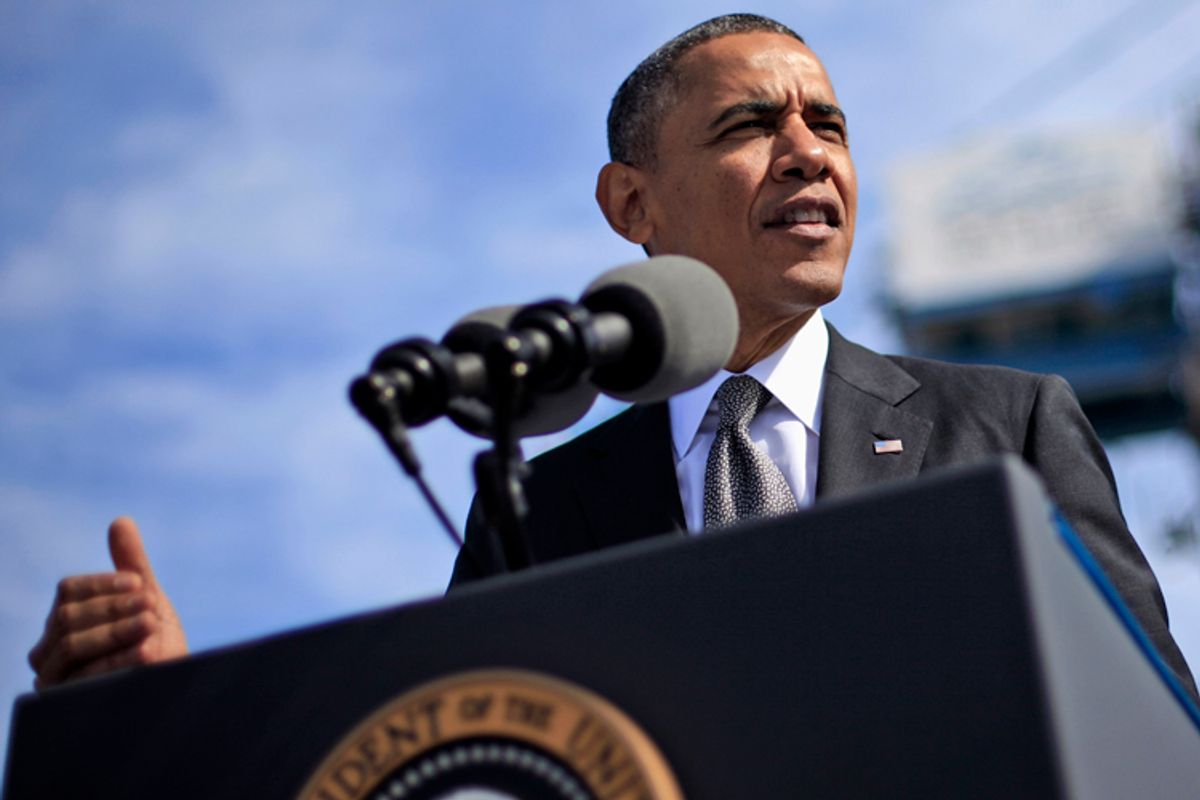 President Barack Obama on Monday announced he would be redirecting $100 million in funding to the National Institutes of Health program to help research a cure for AIDS.

"The United States of America will remain the global leader in the fight against HIV and AIDS," he said. "I believe we are going to win this fight."

In addition to the NIH funding, Obama pledged $5 billion to the Global Fund to Fight AIDS, Tuberculosis and Malaria, and extended an offer to match $1 for every $2 in contributions from other countries or other donors to the global health fund.

As part of its global AIDS program, the United States is currently supporting drug treatment and medical care for close to 7 million people globally.

According to data from the World Health Organization, an estimated 35 million people live with HIV/AIDS globally. In the United States, the Centers for Disease Control estimate that more that 1.1 million people are living with HIV, and nearly one in five people are unaware of the infection.

Despite the global funding pledge, Obama did not set a new target number for how many people the global AIDS program aims to support in coming years, a move that was criticized by some advocates.

"We have made such incredible progress, but I'm worried that we don't have the next challenge," Matthew Kavanagh, senior policy analyst at Health GAP, an HIV/AIDS activist organization, told the Wall Street Journal.

In announcing the new funding, Obama applauded the "extraordinary" progress made in recent HIV/AIDS research and pledged his continued support.

“For many, with testing and access to the right treatment, the disease that was once a death sentence now comes with a good chance of a healthy and productive life,” he said.