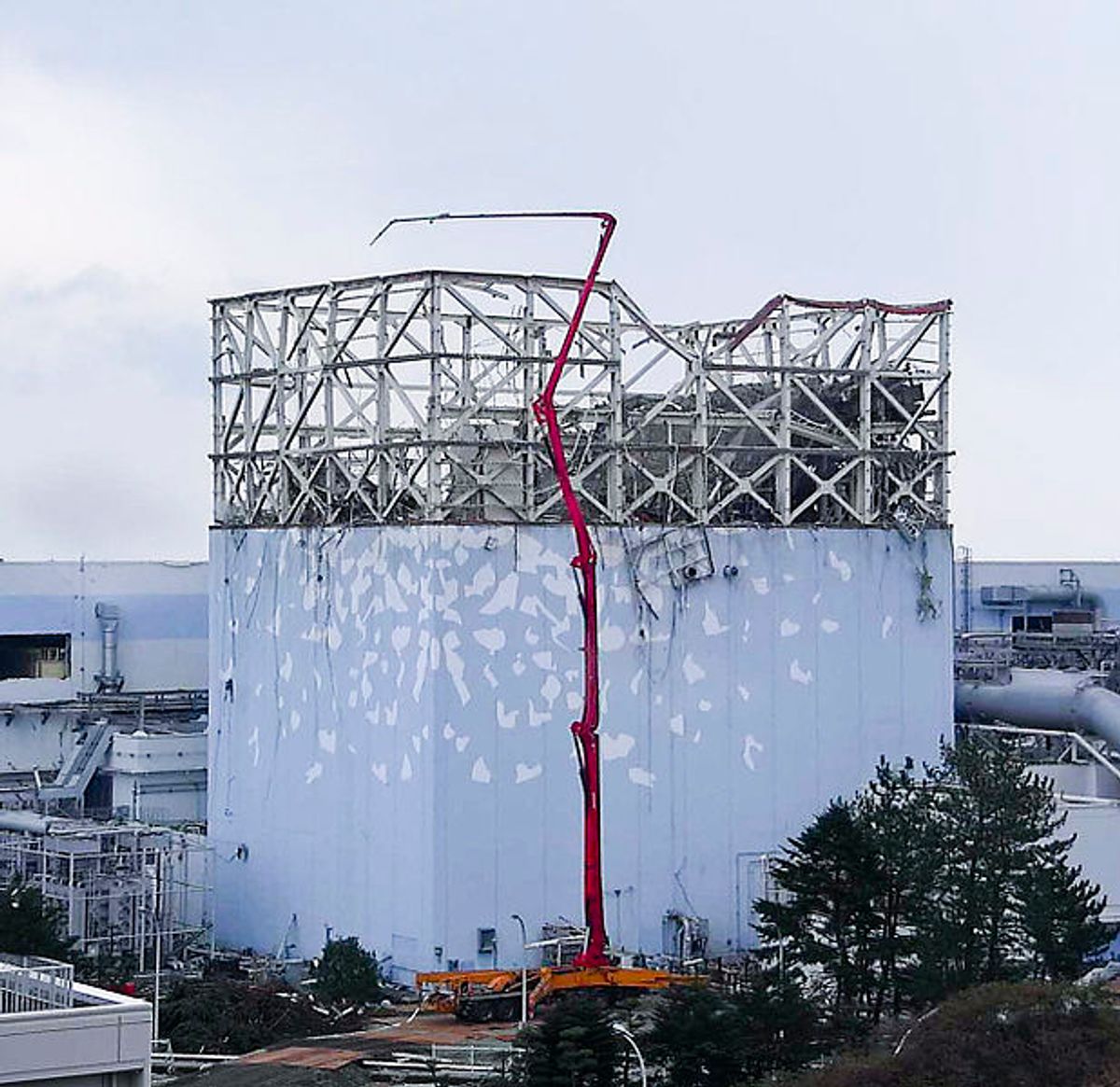 All is going cautiously well at Japan's crippled Fukushima nuclear site, which several weeks back began the long and hazardous decommissioning process. A monitoring committee on Monday praised Tepco, the plant's operator, for making good progress, improving working conditions and demonstrating "a very positive approach to safety culture" -- something that's rarely been heard since the original 2011 disaster.

The committee, however, did identify a major shortcoming in the decommissioning process: the managing of contaminated water. It warned that Tepco's current plans aren't sufficient to prevent future disaster, adding that it runs the risk of running out of storage space for the water within two years. The Associated Press explains:

Contaminated water have been leaking from the wrecked reactors and mixing with groundwater since the 2011 earthquake and tsunami destroyed the plant's power and cooling systems, causing three reactor meltdowns and damaging a fourth reactor building.

Experts say that underground water that flows into the reactor and turbine basements is mostly rainwater, which can be reduced by covering most exposed dirt with asphalt "facing" at the plant compound. Details, including the extent of asphalt coverage, still need to be discussed, panel official Yoshiyuki Toyoguchi said.

Experts also cautioned that decreasing the amount of groundwater could risk the land sinking in some areas with soft structure. Such vulnerable ground include the area where hundreds of tanks contain highly radioactive water, said Hitoshi Tsukamoto, a geologist at the National Institute of Advanced Industrial Science and Technology. He said measures to increase stability underneath the tanks should be taken.

The draft proposals also included building giant tanks with more capacity and installing undersea filters to reduce radioactivity in contaminated water that leaks into the sea.

The entire decommissioning process is expected to take decades and cost tens of billions of dollars.