Rude airline passenger "Diane in 7A" was a hoax 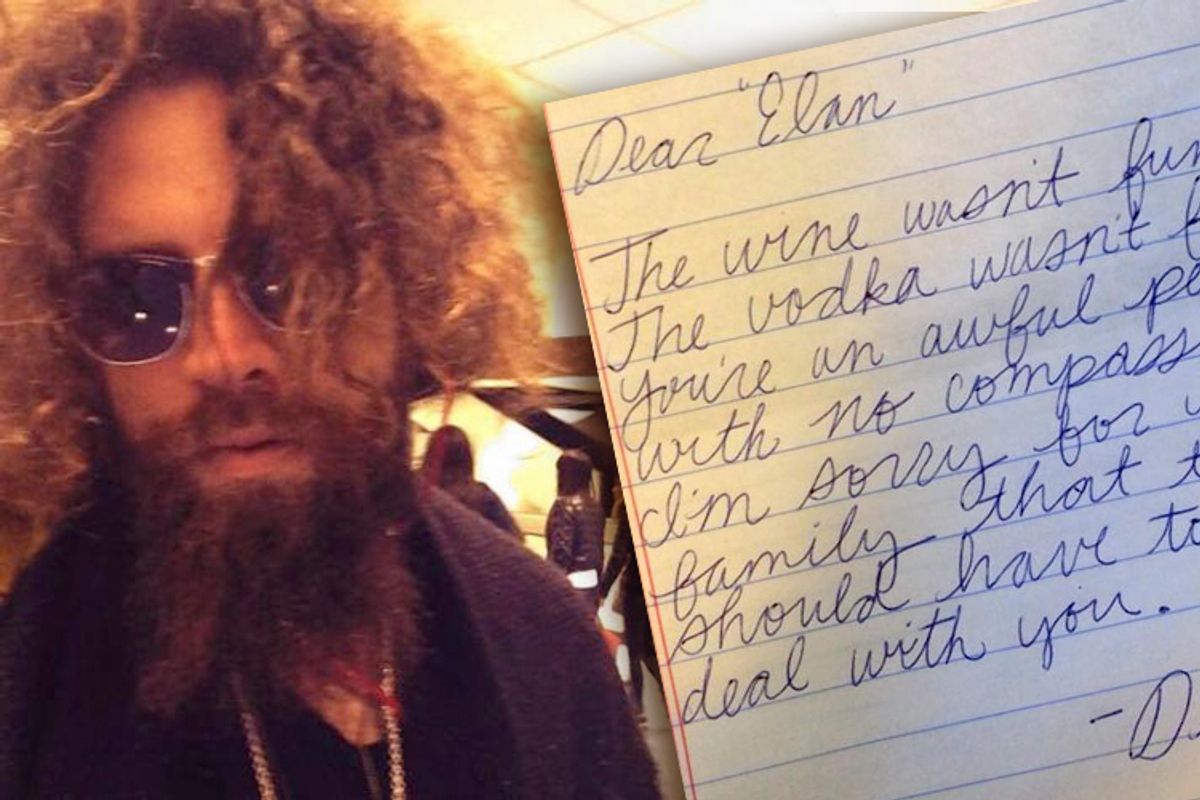 Writing about the viral "Diane in 7A" story -- a "Bachelor" producer's story, told on Twitter, of his dealing with a rude airplane passenger on Thanksgiving by harassing her via passed notes -- Salon previously noted "Nothing about Gale’s story passes the smell test."

And, indeed, Elan Gale has admitted that he made Diane in 7A up.

So concludes a saga that "won Thanksgiving" even despite the creepy, sexist valences of a man telling a woman, via repeated notes, "Eat my dick"; Gale tweeted, last night, a picture of "Diana [sic] sitting in a chair." The chair was empty.

Though Gale's been praised for "brilliant writing and execution" even in spite of the fact that the long, convoluted saga of Diane would seem not to have happened, there's very little substance behind the story that caught the imaginations of Twitter users over the Thanksgiving holiday. All the reader had to go on to presume Diane deserved a series of notes telling her off was Gale's own point of view. The follow-up story by an anonymous commenter that Diane was real -- and she had cancer! -- complicated unduly what had been a cut-and-dried story of a woman who needed to be put in her place, and the man who did so. The internet's collective willingness to call for blood because a woman was alleged to have been rude was only the latest sign of how internet users simultaneously abandon skepticism and embrace absolutism when surfing. In the era of viral "wins," the entire world, now, is one carefully massaged, edited, and satisfying episode of "The Bachelor" -- just don't think too hard about the implications.