Spotify ramps up transparency for artists

The site, now valued at $4 billion, is offering artists real-time analytics so they can track their royalties 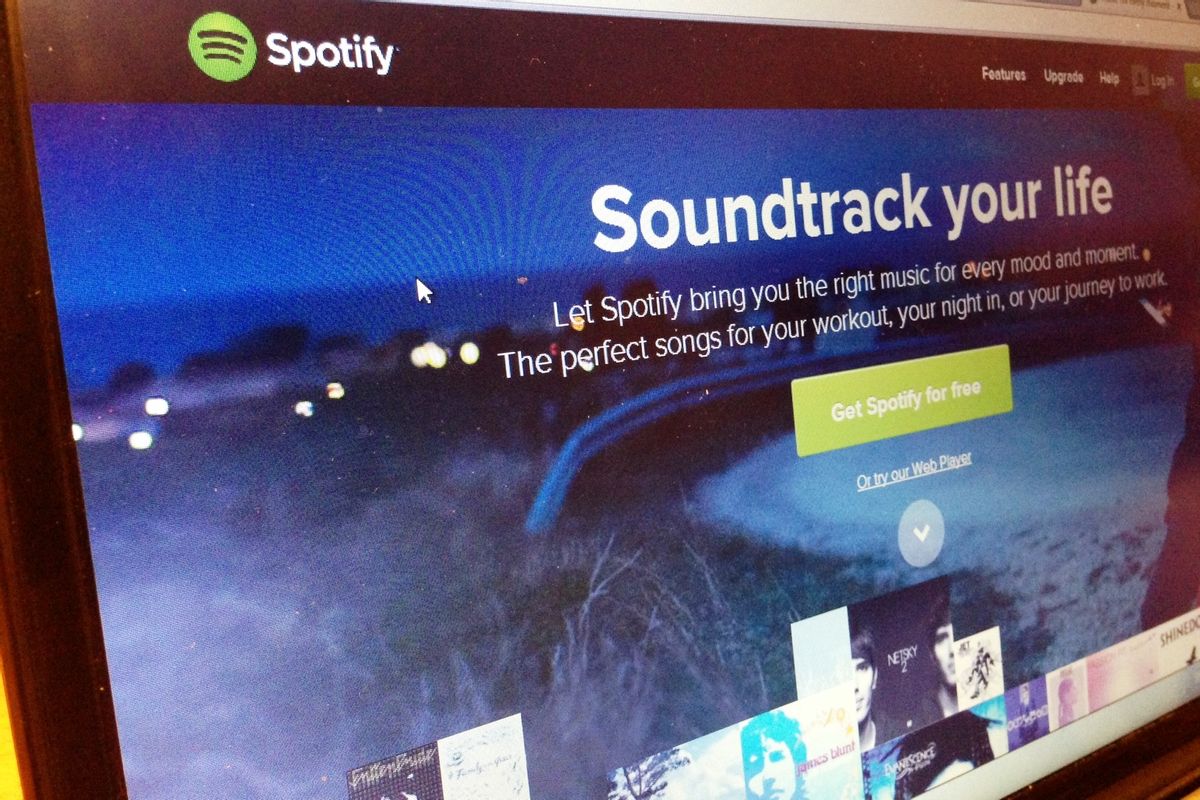 If you're not sure just how Spotify's business model works, the firm's new website could help with that. Spotify for Artists answers questions such as "How is Spotify contributing to the music business?" and "How does Spotify make money?" The site is also partnering with Next Big Sound to offer artists real-time analytics in an effort to offer more transparency.

The site claims that, once the service reaches 40 million subscribers, even the most niche-core indie album should net its creator $17,000 per month, while a global superstar should get over $2 million. Two facts jump out: The royalty rate each time a song is played is between $0.006 and $0.0084. Wow. And a band or artist's royalty total is not calculated on a per-stream basis.

"With any format change in music--CD and iTunes included--there's a lot of confusion around how these different models work, and quite often some serious scepticism," Mark Williamson, in charge of artist services at Spotify, tells The Guardian. "We understand that's out there, so we want to be as clear and transparent as we possibly can explaining how Spotify fits in."

Spotify, now valued at $4 billion and with a subscription base estimated at around 10 million, has come under fire from artists--most vocally, Radiohead's Thom Yorke and his producer and Atoms For Peace bandmate Nigel Godrich--who have complained that the site doesn't reimburse musicians properly. Spotify riposted with a claim that it had already paid out half a billion dollars to artists since its launch and, in 2013, all things being well, its royalties would total $1 billion. On Spotify for Artists, the firm says, "We pay out nearly 70% of our total revenue to rights holders."

The firm, however, thumbed its nose at Adele's Grammy-sweeping 21 after the singer's representatives asked for the album to be available for premium users only.