6 witches who could replace Fiona on "American Horror Story: Coven"

Fiona Goode is on the way out -- in her absence, which witch will reign Supreme? 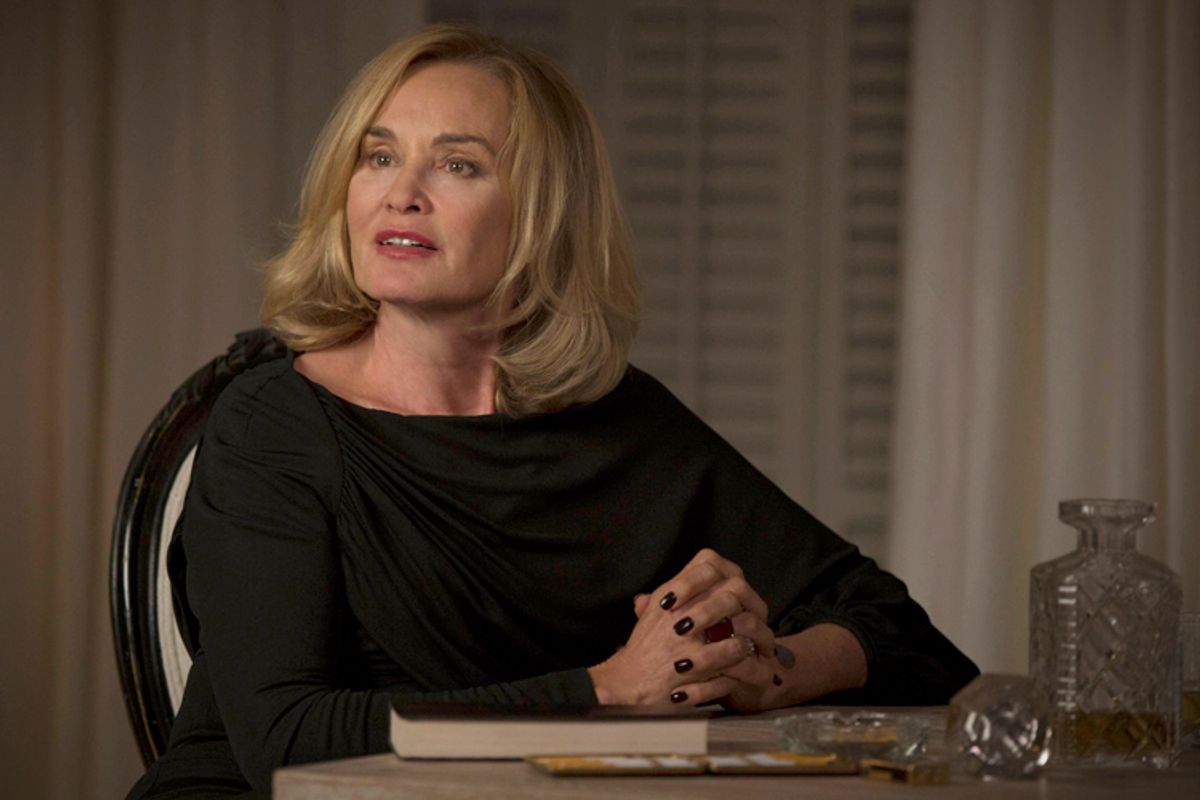 Even if it takes the remainder of the season, the regime of Fiona Goode is coming to a close. Whether she is finally struck down by her vengeful rival Marie Laveau, succumbs painfully to cancer, or skips town with her recently corporeal, ax-murdering saxophonist beau, the glamorous witch played by Jessica Lange will eventually lose her power to a younger, stronger sorceress who will take her place as the new Supreme. Goode's most obvious successor, however, was revealed to be less than promising when she stood by as Fiona herself slit her throat. Madison Montgomery, formerly a gabby narcissist, then spent several episodes as a silent doll rotting in a box. The stinking starlet is back now, but her star is somewhat diminished. Suddenly, the field is wide open. Just about every witch at Miss Robichaux's Academy for Exceptional Young Ladies is a viable candidate. And yet everyone is a dark horse. Which witch will reign Supreme?

Prior to her blinding, Foxx was practical, studious and caring -- all good qualities in a leader. She valued the unity and integrity of the coven she was charged with nurturing. But she was meek and ineffective. The little school was flailing in spite of the headmistresses's best efforts. Cordelia has since been blessed/cursed with startling, new vision, but the value of that gift has yet to be established. It's not like she can start fires or is fiercely telekinetic. With physical contact, she can see the past. But is she powerful enough to shape the future?

There's no question that Queenie's pseudo-masochistic, voodoo-doll power is one of the most fun to witness. But its impact seems severely limited. In order to kill a foe, does she actually have to do the same to herself? Still, now that she's aligned herself with Laveau, Queenie may find the breadth of her powers expanded with the wealth of spells and potions provided by true voodoo. And if nothing else, Queenie has found an undeniable support system in the community of (literally) black magic practitioners. Her ascension to Supreme might prove a political nightmare, but who wouldn't be game to watch that?

Initially, her power seemed the weakest of all -- killing through sex. I mean, she's beautiful and all. But after the first few conquests, I imagine her enemies would learn to steer clear of her tender trap. As the show progressed, naive Zoe began to exhibit some other mysterious abilities -- possibly including resurrection -- but the extent of her broadening powers is still unclear. Also, she demonstrated a good bit of spunk by reattaching Spalding's tongue and then brutally plunging a knife into him as soon as she'd gotten the information she wanted. Maybe we'd miss the sweet girl Zoe was upon her arrival, but more and more it seems this coven will need a leader as wily and ruthless as Fiona.

Besides her compassion, the greatest advantage that little Nan has is the fact that no one in a million years would suspect that she would rise any higher in the witch hierarchy than she already has. Her telepathic power is impressive. But so far it seems that she can only read thoughts. You'd expect that a Supreme would be able to plant thoughts in others just as Fiona once taught Madison to do over coffee. Also, more often than not, Nan is annoyed and frustrated by the ever-present voices in her head, indicating that she is unable to really control the influx.

Let's face it: Without this kooky hippie and her formidable powers of resurrection, we'd be watching a very different show -- or at least one with a smaller cast. She's brought back three major characters. Who knows how many she will dig up before the season's end? That said, she doesn't seem to have the temperament to lead the coven into the future, as mired in the past as she, herself, seems to be. But not since Day was first burned at the stake has she found herself again in someone's cross hairs. She would not be the first witch on this list to have her priorities refocused by a deliberate attack on her life.

Again, her ascension seems less likely these days, but you never know. Seeing as how the little actress has never shown herself to be more than a raging bitch, we could be looking at quite the redemption story for the final episodes. She would, then, make the perfect counterbalance to Fiona, who failed as Supreme because she could never quite get over herself. And let's not forget, Madison can set fires with her mind -- a big requisite for Supreme-hood, and also really cool to watch.