The world's consuming more meat than ever

China and India are leading mankind's rise up the food chain 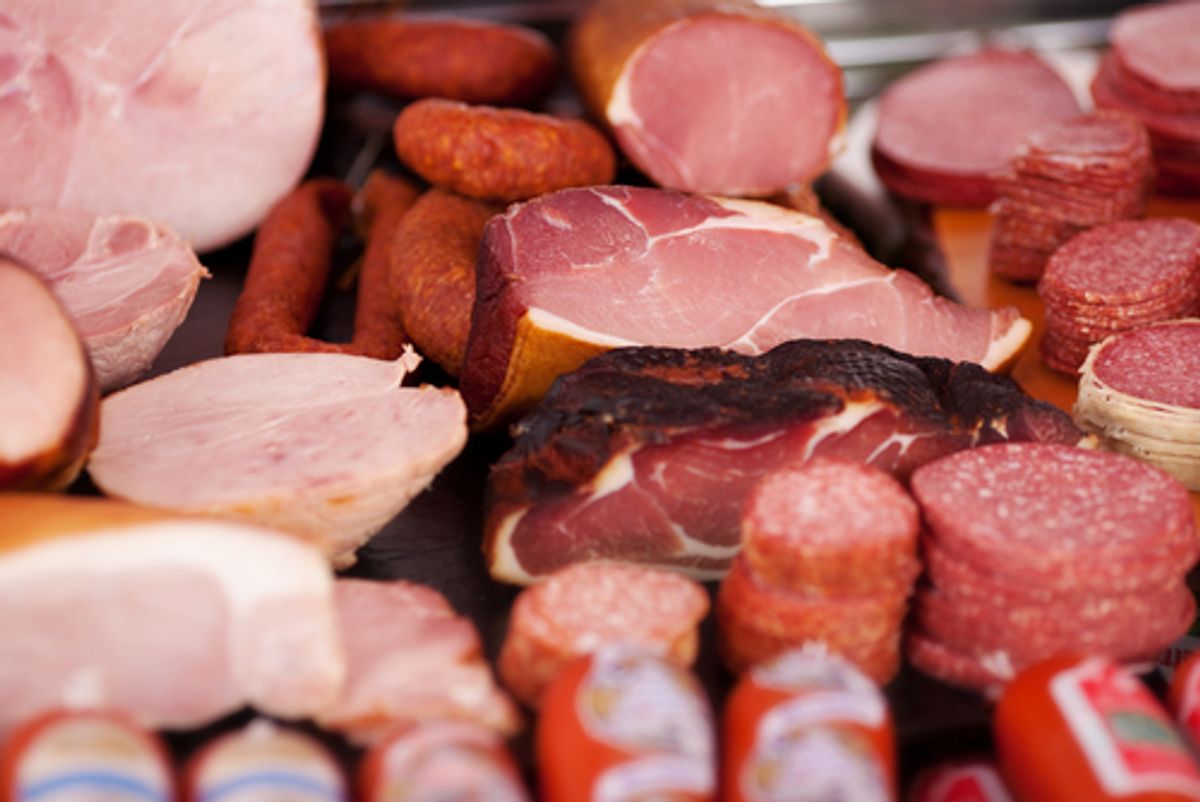 Jay Z and Al Gore's newfound veganism aside, global meat consumption is on the rise.

A new study, published Monday in the journal Proceedings of the National Academy of Sciences, looked at humanity's trophic level -- also known as our place on the food chain. On a scale from 1 (plants, who make their own foods) to 5.5 (super carnivorous polar bears), the study put mankind at a moderate 2.21.

That means we're "closer to herbivore than carnivore," Sylvain Bonhommeau, the study's author, explained to Nature magazine. But he also found that, over time, that number's been rising. Over a 50 year period ending in 2009, our trophic level has increased by 3 percent, or .06 points. Experts say that's a significant amount:

“It seems like a small difference, but when you think about how it’s calculated, it’s big,” says Thomas Kastner, an environmental scientist at Alpen-Adria University in Vienna, who was not involved in the study. An organism’s trophic level is calculated by summing the trophic levels of the foods in its diet and the proportion in which they are consumed. “A change by 0.1 means you are eating considerably more meat or animal-based foods,” says Kastner.

Added to that, of course, is the huge environmental impact of producing those extra animal products.

China and India are leading the charge up the food chain, according to Nature. As more people become able to afford animal protein, they've effectively cancelled out the U.S., Australia and parts of Europe, where meat consumption's declined over the past two decades.