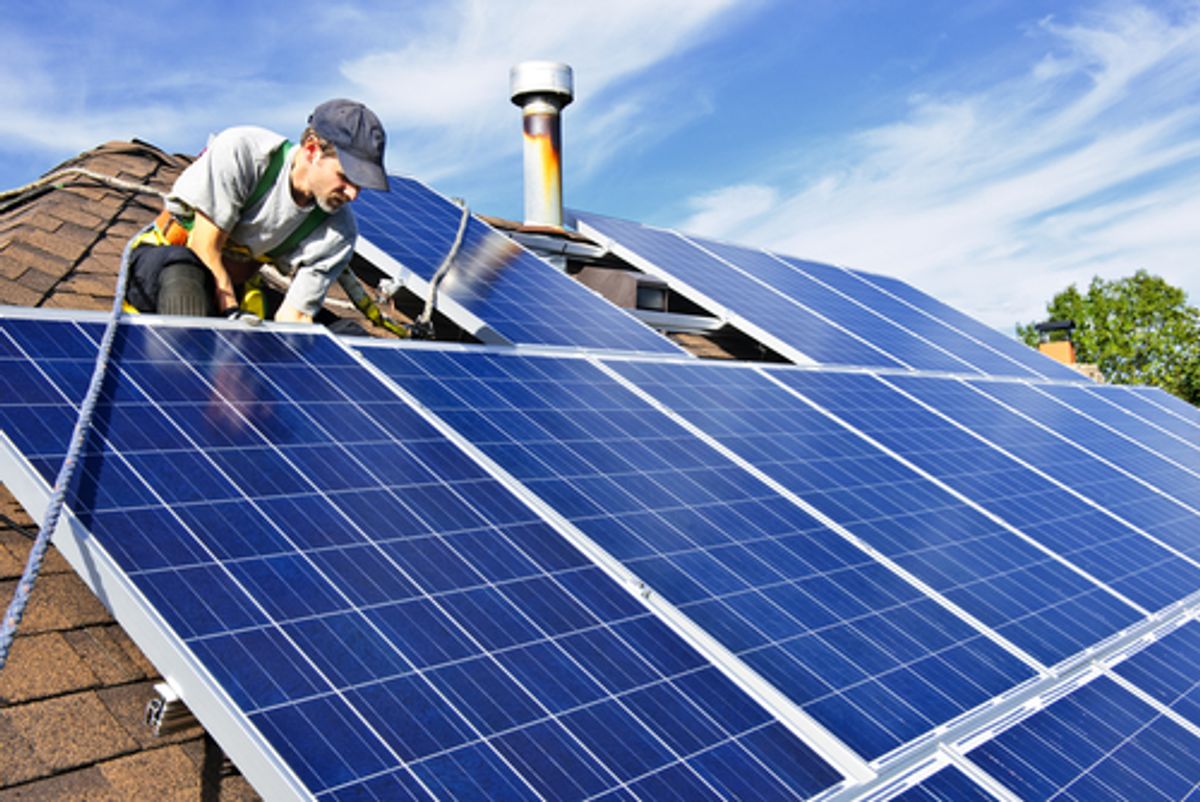 Attacking state clean energy laws, blocking the Environmental Protection Agency's every move and fast-tracking approval of the southern leg of the Keystone XL pipeline: All that and more is on the 2014 docket for the American Legislative Exchange Council, documents obtained by the Guardian reveal.

Over 800 members of the right-wing lobbying group gathered in Washington for the beginning of their three-day policy summit Wednesday. Despite facing a funding crisis, they're ready to attack green efforts from all angles; of particular interest are their plans to penalize homeowners who install their own solar panels. The Guardian reports:

Further details of Alec's strategy were provided by John Eick, the legislative analyst for Alec's energy, environment and agriculture program.

Eick told the Guardian the group would be looking closely in the coming year at how individual homeowners with solar panels are compensated for feeding surplus electricity back into the grid.

"This is an issue we are going to be exploring," Eick said. He said Alec wanted to lower the rate electricity companies pay homeowners for direct power generation – and maybe even charge homeowners for feeding power into the grid.

The truth, as DeSmogBlog points out, is that the use of solar panels "defers the need for capital allocation into utility investments, saving ratepayers money in avoiding investments into expensive utility projects."

The policy of compensating solar users for feeding energy back into the grid, known as net metering, is considered a driving factor in the adoption of solar technology throughout the U.S. Currently, 43 states and the District of Columbia have net metering policies in place; while Arizona became the first state to charge homeowners for installing solar panels, it voted to do so at a much lower rate than the state's largest utility was pushing for.

For the most part, it's been a clean energy policy that conservatives have been able to get behind: “Solar power is philosophically consistent with the Republican Party,” Jason Rose, a Republican public relations consultant, recently told the New Republic. “If you're going to be for healthcare choice and school choice, how can you not be for energy choice? Conservatives, overwhelmingly, get that. If the Republican Party stops standing for the empowerment of the individual, what does it stand for?” The attack on small-scale solar, according to Gabe Elsner, director of the Energy and Policy Institute, is all about protecting utility industry profit.