Sex and the brain: The trouble with "hard-wiring" 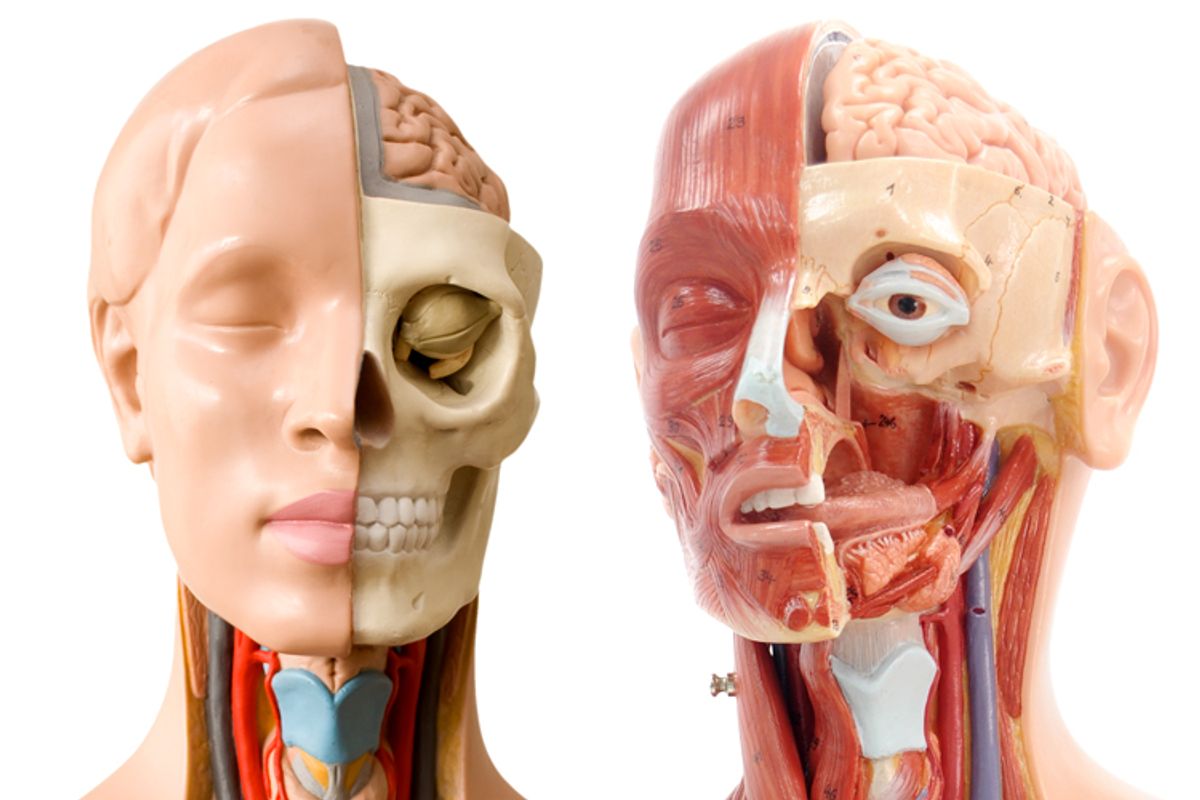 Skepticism about neuroscience (handily shortened to "neuroskepticism") is almost as much in fashion now as brain science itself was a few years ago. Perhaps inspired in part by the disgrace of popular neuroscience writer Jonah Lehrer, there's now a whole cottage industry devoted to critiquing the use of brain scans to explain our lives. And yet there's one area where we remain highly neuro-credulous: gender.

Witness a recent study that found gender differences in the way brain regions connect with one another, and argued that these differences give men better motor skills and women better "social cognition." Published in PNAS, the study bore the relatively modest title "Sex differences in the structural connectome of the human brain," but mainstream media headlines made bigger claims: "Different brain wiring in men, women could explain gender differences" (CBS), "Brains of women and men show strong hard-wired differences" (Los Angeles Times), and "The hardwired difference between male and female brains could explain why men are 'better at map reading'" (the Independent). This is hardly news -- media outlets, including Salon, like to choose grabby headlines -- but the particular way in which these were grabby is noteworthy. Even if we're growing skeptical of neuroscience, we as a society seem to love the idea that the difference between the genders is "hard-wired."

A number of scientists have weighed in to criticize the PNAS study itself. In the Conversation, psychologist Cordelia Fine cites research by the same team that conducted the PNAS study, showing that sex differences in various psychological skills are actually vanishingly small, "so small that if you were to select a boy and girl at random and compare their scores on a task, the 'right' sex would be superior less than 53% of the time." Georgina Rippon, a professor of cognitive imaging, writes that the study authors may have shown structural differences between male and female brains, but they can't actually prove those differences have any relationship to how people live: "Any relationship with behaviour can only be speculative at this stage."

And NYU neuroscientist J. Antony Movshon told Salon via email that the PNAS study overstates what we actually know about the human brain, male or female: "the relationship between the pattern of anatomical results and the paper's claim that '... male brains are structured to facilitate connectivity between perception and coordinated action, whereas female brains are designed to facilitate communication between analytical and intuitive processing modes' strikes me as fanciful at best, because we actually have no clear idea what connections are involved in connecting 'perception and coordinated action' or 'analytical and intuitive processing modes.'"

There are larger issues at play than a single study, though. Our appetite for the idea of gender "hard-wiring" may be immense (at least judging by headlines), but it's also likely misguided. In a 2011 paper on the subject, sociomedical scientist Rebecca Jordan-Young and psychologist Raffaella I. Rumiati argue that the idea that prenatal sex hormones forever lock the brain into certain gendered behaviors is specious for several reasons. For one thing, there's compelling evidence that the kinds of skills that are supposedly etched in the brain from birth are actually quite susceptible to change through simple practice. And perhaps most notably, it's not possible to determine through brain imaging which brain characteristics are truly innate: "there is no reason to assume that these differences do not arise, at least in part, from gendered patterns of social roles and behaviors — that is, brain differences may result from the very characteristics that are supposedly 'hard- wired' into the brain in the first place."

And the popularity of the hard-wiring idea has pernicious real-world effects. Fine told Salon in an email, "Seeing the differences between the sexes as large, distinctive, and fixed is associated with accentuation of gender differences in both self and others, and greater acceptance of sexism and the status quo." It's easy to see this play out in real time, as gender traditionalists crow over each new study like the PNAS one, holding up supposedly scientific evidence that, for instance, women can't do math. PNAS study author Ragini Verma (who has not yet responded to Salon's request for comment) helped such traditionalists along a bit by linking her team's findings to maternal instinct: “Intuition is thinking without thinking. [...] Women tend to be better than men at these kinds of skill which are linked with being good mothers.”

The standard response to any questioning of the hard-wiring paradigm, at least in the kind of cocktail-party setting where a feminist might be engaged in debate about such things (note: I would often prefer to discuss baseball), is some variant on, "So are you saying men and women are exactly the same?"

Rarely is anyone saying that. Rather, what critics of hard-wiring object to is the idea that there are inborn characteristics of the brain that should dictate what men and women do with their lives. Specifically, the argument often runs that since women's brains are built for nurturing and men's for analysis, women aren't fit to be scientists or men to be parents. This in turn leads to the argument that we don't need social programs to support female scientists or involved dads -- or, even more dangerously, that those people who choose to do something their brains are allegedly hard-wired against are deserving of suspicion or discrimination. The problem with the discourse of hard-wiring isn't so much its descriptive elements (though these can be misguided) but its prescriptive ones. As Jordan-Young and Rumiati write, "Hardwiring is an unethical metaphor because it says ‘what is, must be.’"

At least in certain media outlets, the backlash against neuroscience has begun. This doesn't mean brain science is worthless or uninteresting, but it does mean there's a dawning realization that we may not know enough about the brain yet to use its structure as an explanation for all of our behaviors. The popular imagination has also largely accepted the idea of neuroplasticity -- that is, that our lives and environments can actually change brain structure. As Adam Gopnik writes in his review of the current literature of neuroskepticism, "We learn and shape our neurology as much as we inherit it."

Given all this, there's no reason to keep swallowing the idea that our brains should lock women in the kitchen and men in the lab (or the boardroom, tool shed, or driver's seat). It's time for a healthy neuroskepticism of gender.