A GOP leader proves that sensitivity training won't stop the party's gaffes. Ideology, not civility, is the problem 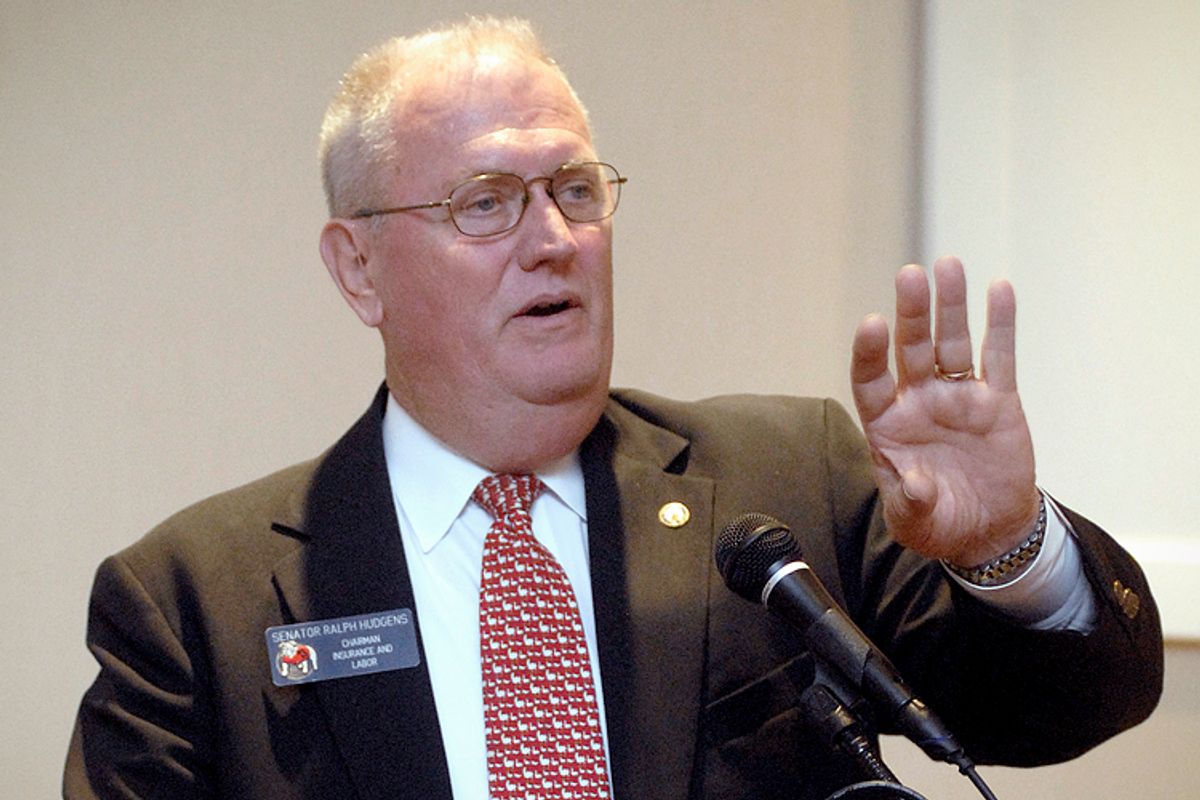 Of the three certainties in life (death, taxes and horrifying Republican expressions of the conservative worldview) the key question to ask is whether all of them can be deferred until after the next election.

Republican Party leaders have a fair amount of control over the first two, but are continually grappling with the limits of their power over the third. Just this week, for instance, Georgia's Republican insurance commissioner compared Obamacare beneficiaries with preexisting medical conditions to uninsured, reckless drivers who plead for financial assistance after they've totaled their cars.

"[I]f you don’t really understand what covering pre-existing conditions would be like, it would be like in Georgia we have a law that says you have to have insurance on your automobile," Ralph Hudgens told an audience at a Republican Women's Club Meeting, unaware that his remarks were being filmed.

But say you’re going along and you have a wreck. And it’s your fault. Well, a pre-existing condition would be you then calling up your insurance agent and saying, ‘I would like to get collision insurance coverage on my car.’ And your insurance agent says, ‘Well, you never had that before. Why would you want it now?’ And you say, ‘Well, I just had a wreck, it was my fault and I want the insurance company to pay to repair my car.’ And that’s the exact same thing on pre-existing insurance.

This might sound unusually callous, even for a Georgia Republican -- or like typical reactionary anti-Obamacare horseshit taken just a bit too far. But it's actually worse. It's a symptom of how deep the rot of 47 percenter thinking has crept in the conservative movement. It's no longer just people who have negative income tax liability whom conservatives write off as hopeless dependents, but anyone who benefits in any way from any government program or consumer protection (except, of course, for Hudgens' mortgage interest deduction, or the irrelevance of his preexisting conditions as a member of a group plan, or his untaxed premium contributions, or his parents' Medicare).

Hudgens has already apologized for his remarks, and his experience will serve as a warning to Republicans running for office on anti-Obamacare platforms not to take their attacks too far. But this wasn't a symptom of an ideologue's tendency to exaggerate -- it's part of the foundation of the conservative belief system. The fact that it's an Obamacare benefit just makes it more likely that one or more Republicans will screw up or fall into a similar trap.

After the 2012 elections, Republican leaders made a strategic decision not to reimagine the elements of the GOP agenda that reflect this kind of thinking. Later, they resigned themselves to not making any changes to the platform at all. As a consequence, the only instrument they have at their disposal to repress the conservative id is a draw rod.

Republicans can plead with candidates and movement celebrities not to expose their own underbellies. The party's latest crack at preventing or delaying an inevitable Akin-esque implosion is to put candidates through yet more sensitivity training and hope they don't reflexively pull back the curtain on their retrograde gender views during a flustered moment on the trail.

But this is far from a foolproof method, and there are too many figures in the movement with deplorable views and poor self-control for this to work 100 percent of the time. They can't muffle issues that matter to voters, which means they can't always control the conversation. As long as Obamacare (and inequality and women's rights) are on the docket, more outbursts like Hudgens' and Akin's will remain inevitable. And the party's attempts to explain them away as bad-appleism, unrepresentative of the party's official view, will continue to ring hollow.