Guess what, elites: Not all young people are rich 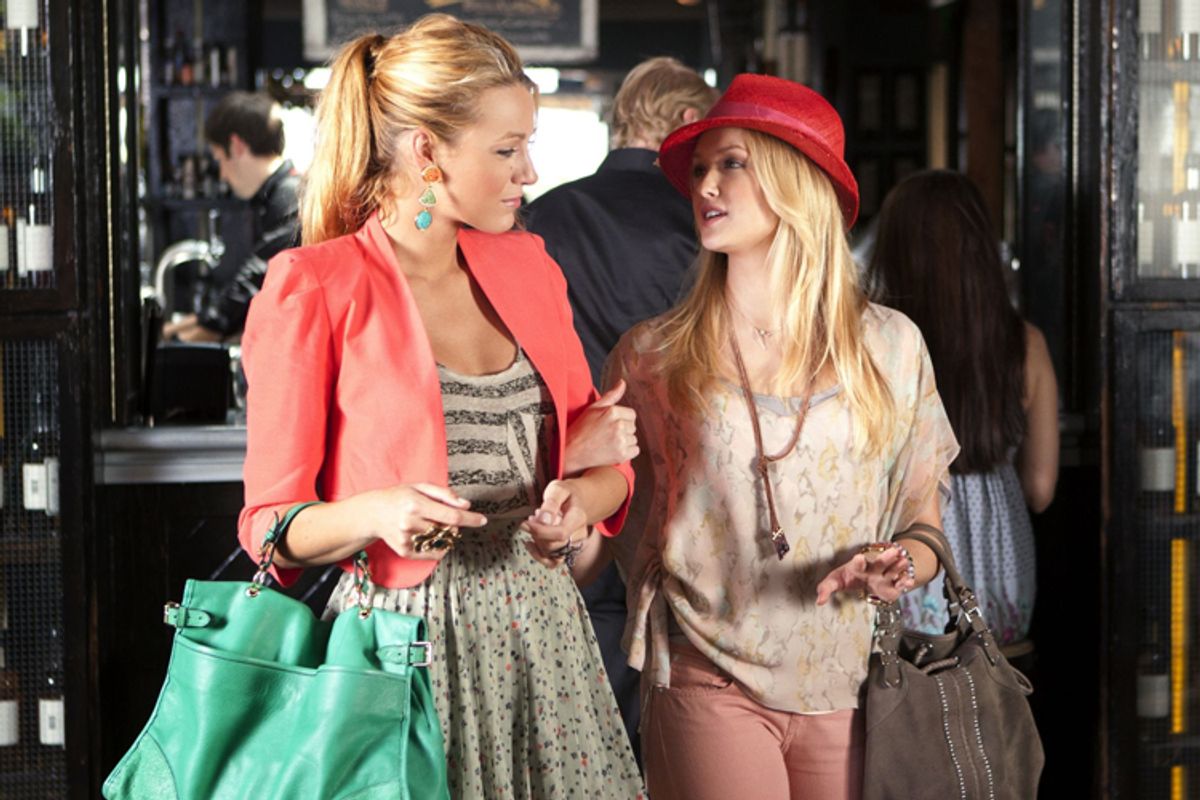 Blake Lively and Kaylee DeFer in "Gossip Girl" (The CW)
--

Writing about entire generations of people is usually a pretty ill-fated idea. Any given age group contains a snapshot of basically all of the diversity there is in the country: class, race, gender, sexuality, education and so on. The notion that all of these individuals have a great deal in common owing to their age is preposterous. In reality, so-called generational think pieces are never really about entire generations; rather, they are about the plight of the well-off individuals within specific generations.

Interestingly, this unfortunate conflation holds for writers coming from both the left and the right. So, when it comes to discussing the youth of the day, right-wing writers describe their hardships as being derivative of the fact that their parents are so luxuriously wealthy that the lazy kids never want to move out and start their own lives. On the other hand, left-wing writers describe the hardships of youth as synonymous with the issues facing the small minority of youth that manage to get four-year college degrees, issues that these writers like to remind us “our parents” did not face when they went to college.

In both cases, it is the assumed parents of the youth in question that alerts us as to who it is these writers have in mind when they speak of the younger generation. Most youths do not have rich parents with houses featuring “four-car garages, master suites, and cathedral ceilings” that they just cannot bear to leave. And most parents of today’s youth do not have any college degree, let alone one from a four-year university. Youths that have parents with fancy houses or college degrees are the clear minority, but, as always, it is the well-off and the elite that stand in for the whole, and the shadow they cast envelops and erases the rest.

Since coverage of the younger generation is actually coverage of the well-off younger generation — those from affluent backgrounds, those who managed to make it to college, those with graduate degrees — we know by now what their issues are. The rise of part-time adjunct faculty, the supermajority of whom say they want to be part-time, is apparently a big youth issue, at least for those down and out enough to have a Ph.D. And of course, the meteoric rise of university tuition is a big youth issue, except for the poor youth who go to community college (where tuition has been falling), those from the poorest quarter of families who haven’t seen a tuition increase at public universities since 1992, and the majority of youth who do not go to universities at all.

Our point here is not to dismiss these issues as wholly without merit, but rather to challenge people to ponder why they absolutely and totally dominate the landscape of discussion ostensibly about the totality of  "the younger generation." Less than a quarter of people between the ages of 18 and 29 have a four-year college degree, only around one-third between the ages of 25 and 29 have one, and the majority have no college degree of any sort whatsoever. Yet were you to judge the dire straits facing young people based on popular media coverage of their plight, you would come away with the sense that it is the wealthier, more educated class of youths who are facing the harshest circumstances. In reality, it is that lion’s share of young people without educational privilege who face the most crushing hardships.

For instance, while article after article has been produced about the employment prospects of young college graduates (even some about a tiny fraction of Ph.D. holders who are on food stamps), it is nonetheless the case that the unemployment rate of young people with only a high school degree or less is two to four times higher than young people with a bachelor’s degree. While gobs of ink has been spilled about the incomes of young college graduates, it remains the case that they are earning, at the median, nearly two-thirds more each year than those with only high school degrees.

For the other half of youth, which few pay any mind to, reforms around public university tuition, student debt, internships, faculty hiring or most of the other things bandied about on the topic of unburdening our young people are mostly if not entirely useless. Such reforms are neatly targeted to only really deliver windfall returns to the most educated half of young people, who also have the highest incomes, lowest rates of joblessness and least economic strain in general.

A program crafted around the needs of the majority of young people would look much different, of course. Instead of droning on about the narrow employment issues of those with graduate degrees, we would be talking about the need for massive fiscal and monetary stimulus that does not let up until full employment is reached. An economy operating under capacity will generally find work for its most educated, even if the work is not great, but those on the bottom, especially the young, are the most likely to get squeezed out of the labor market altogether. Instead of churning out piece after piece about four-year university students, we would be talking about community colleges and vocational training programs that can have much larger impacts in the lives of the majority of youth for whom four-year university is and will continue to be out of reach. Instead of focusing on sending cash to student debtors, we would be focusing on dramatically expanding cash benefit inequality-reduction programs, e.g., by installing a basic income system.

Of course, these are the policies that would most help lower-income and lower-educated people in general — and that is exactly who the majority of youth are. Despite this, nobody would ever contemplate this as a program for youth justice because that is not how generational analysis works. Those who embark upon such analysis are not actually trying to capture something about the bulk of the people in a given age range; instead, they are trying to capture what’s true about the most well-off minority within it, who also happen to be those who staff and consume the publications that produce these kinds of pieces anyway.