The private equity firm recently made some underhanded financial dealings, but newspapers and TV didn't cover it 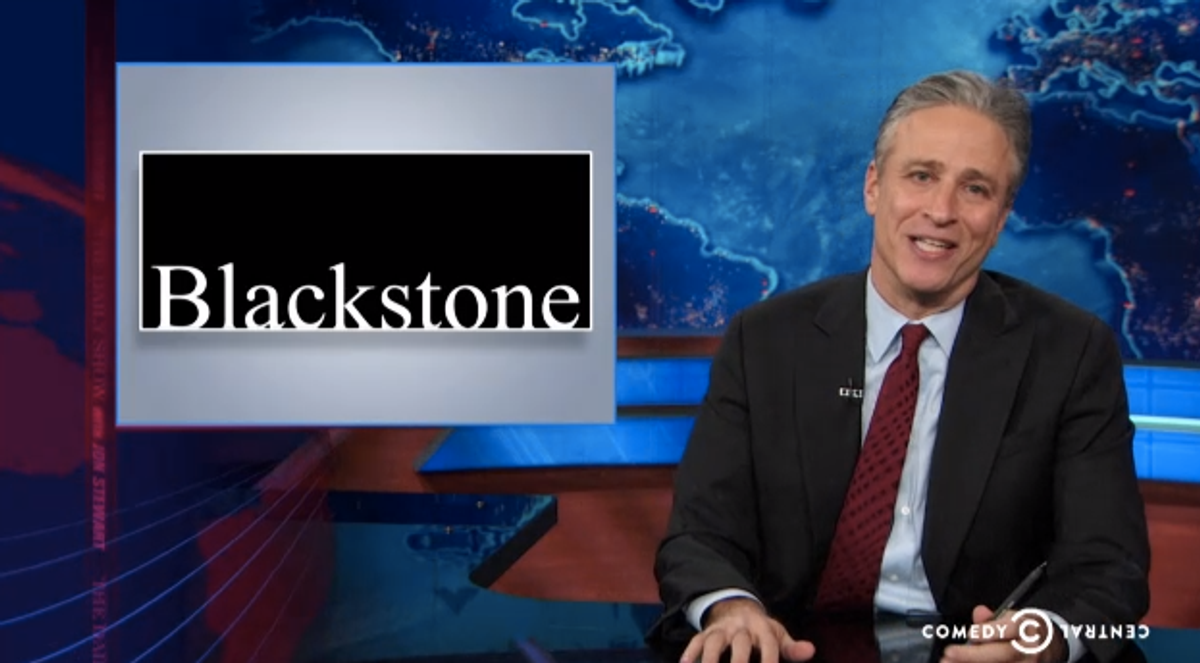 Like something straight out of gangster film "Goodfellas," private equity firm Blackstone has been making some underhanded financial dealings -- that are somehow totally legal. Bloomberg first broke the news, as "The Daily Show's" Jon Stewart explains:

Earlier this year Blackstone bought something called a credit default swap on debt that Codere owed to a third party. Which means Blackstone would make money if Codere blew a lone payment to the other guys. So far, so good.

Then a short time later Blacksone offers Codere a $100 million loan with the condition that Codere pay the other loan to the other company late. The loan Blackstone had already bet that they would in fact pay late.

But the outrage doesn't end there -- in a brilliant segment policing the media, "Daily Show" financial correspondent Samantha Bee investigated why virtually no media outlet has reported this story, including the New York Times. The Times' Gretchen Morgenson defended the paper's silence, saying, "You know, this is just another day on Wall Street."

After getting in a solid jab at the Times' stale trend stories, Bee, desperate to get this story some attention, turned to Internet cat meme expert BuzzFeed, a local news anchor and Miley Cyrus on a wrecking ball. The results are marvelous.