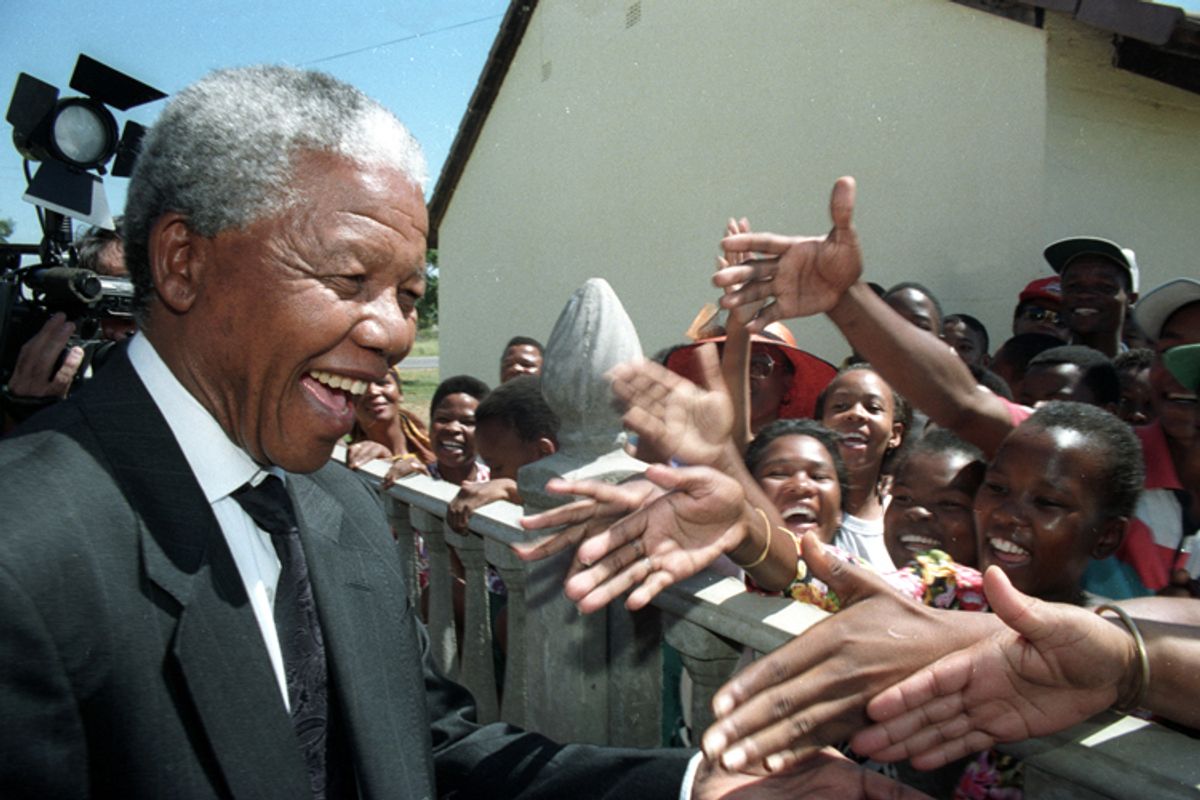 Nelson Mandela, the Nobel Peace Prize-winning politician and activist who spent his life fighting racial injustice in South Africa, died today at 95. He was the first president of South Africa to be elected by a fully representative, multiracial vote, and served the nation from 1994-1999. In 1990, he was released from prison after serving 27 years for fighting against the pro-Apartheid National Party.

Look through a photographic collection celebrating some of the milestones in Mandela's career: