Watch: The best arguments for (and against) eating meat 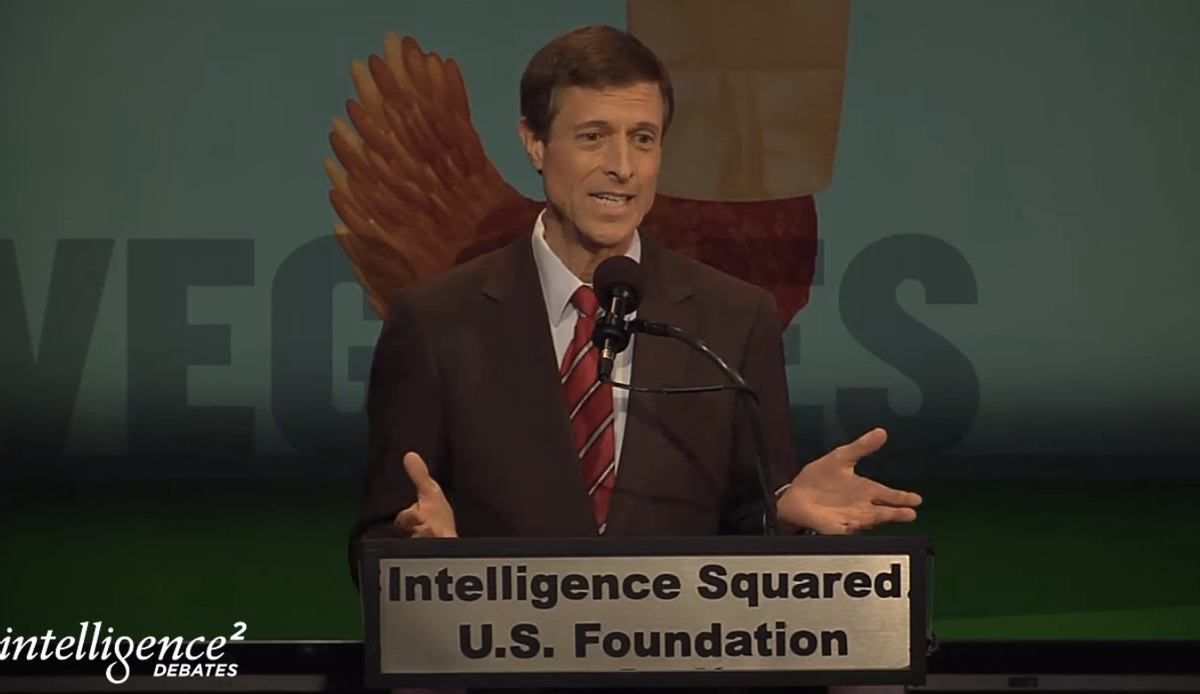 Is it wrong to eat meat? Anyone who feels strongly one way or the other should check out the latest episode of NPR's Oxford-style debate series, Intelligence Squared U.S.

Arguing in favor of the motion, "Don't eat anything with a face," are Dr. Neal Barnard of George Washington University and the "meat causes cancer" camp, and Gene Baur of Farm Sanctuary, a farm animal rescue organization. Arguing against is Chris Masterjohn, a nutritional sciences researcher whose own experiment with a vegan diet, he claimed, left him physically and mentally ill, along with Joel Salatin, a progressive farmer who's been featured in The Omnivore's Dilemma and the documentary Food, Inc.

Instead of dwelling on the evils of factory farms, the participants agree that our current system of meat production is far from ideal, then precede to debate the more nuanced moral, environmental and health consequences of a world fed on animals, while attempting to imagine what such a world would look like were we all to abandon the practice. Along the way, both sides make strong points about, among many other things: meat's similarities to tobacco; mankind's proper role in nature; and the privileges of modern society that allow us to debate the issue in the first place.

The four debaters may not have convinced each other, but by the evening's end, 41 percent of the live audience members had changed their mind about where they stood on the issue. You can see which team was able to sway the most viewers over to their side over at IQ2US's website, but I recommend watching the debate first and deciding for yourself: