What does it take to get booted from cable news? 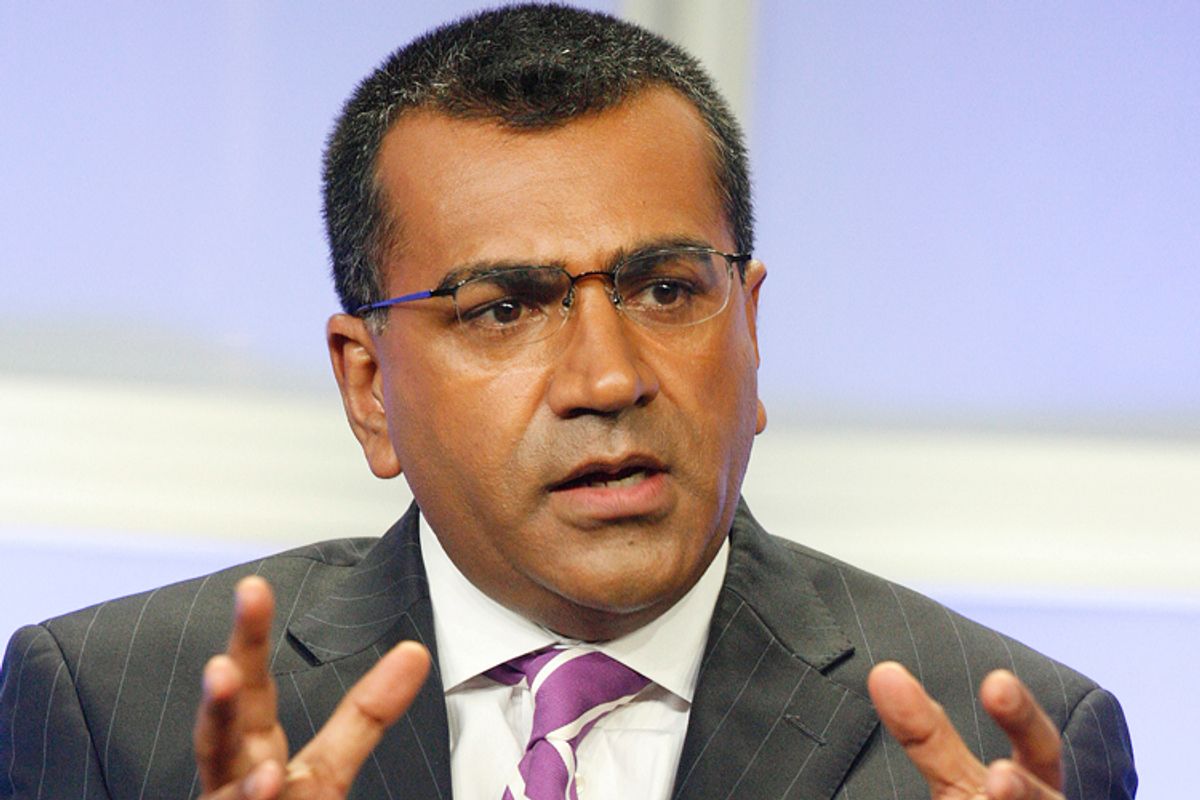 Martin Bashir resigned from his gig as an MSNBC host today following a drawn-out period of reflection over the Thanksgiving holidays. He had called for someone to defecate in Sarah Palin's mouth, a reference to a particular punishment meted out by a slaveowner in Jamaica.

Bashir is hardly the first cable news host to find himself compelled to depart after making an impolitic remark; indeed, he's not even the first this quarter. Here are a few other hosts whose shows reached premature ends -- anyone looking to get released from their contract could go out in a blaze of glory. Perhaps coincidentally, all of these folks are men; though women have been fired from cable news, too, it tends to be for duller reasons like low ratings or bids from other networks. These men, though, at least had aggressive, wild fun on their ways out.

Bashir and Baldwin both have opened up some room on the MSNBC grid -- the "30 Rock" actor had, briefly, hosted a Friday-night chat show this year. Though it was meant to capitalize in part on his bellicose image, Baldwin's aggression toward the paparazzi (spitting homophobic slurs at one photographer) was a bit more heat than the network might have liked.

A much earlier iteration of MSNBC fired the conservative commentator for telling a gay caller to "get AIDS and die." The network didn't mince words, with a spokesman saying at the time, "His comments were extremely inappropriate and the decision was an easy one." Savage's departure was among several steps that took MSNBC from attempting to outflank Fox on the right, at times, to its current liberals-and-Scarborough format.

And another MSNBC host -- one of the network's ties to its shoestring beginnings -- was dismissed for open racism; the broadcast of "Imus in the Morning" left MSNBC's air in 2007 after the host characterized the Rutgers women's basketball team as "nappy-headed hos."

Keith Olbermann is something of an expert at leaving workplaces. But his cleaving with MSNBC may well have been the most explosive, with Olbermann announcing his departure, effective immediately, on-air. This came shortly after his having donated to three political campaigns, in violation of NBC News policy, and after years of rumors about his status as a contentious employee.

Dobbs and CNN parted company after a persistent drumbeat of advocacy groups protesting his coverage of the "birther" movement and for his anti-immigration politics; he's now ensconced at the Fox Business Network.

Beck and Fox News wound down his daily program in 2011; the show had considerable heat but also tended to stray from doctrinaire conservatism in favor of something wilder and woolier. The departure has remained contentious -- this year, a Fox News representative claimed Beck had left "to save his ass" after advertisers fled the show and that Fox News had given him "a soft landing."