From slice-of-life to sex and fighting: The long, strange history of "The Real World"

The upcoming "The Real World: Ex-Plosion" is just the latest iteration in the reality show's journey to fakeness 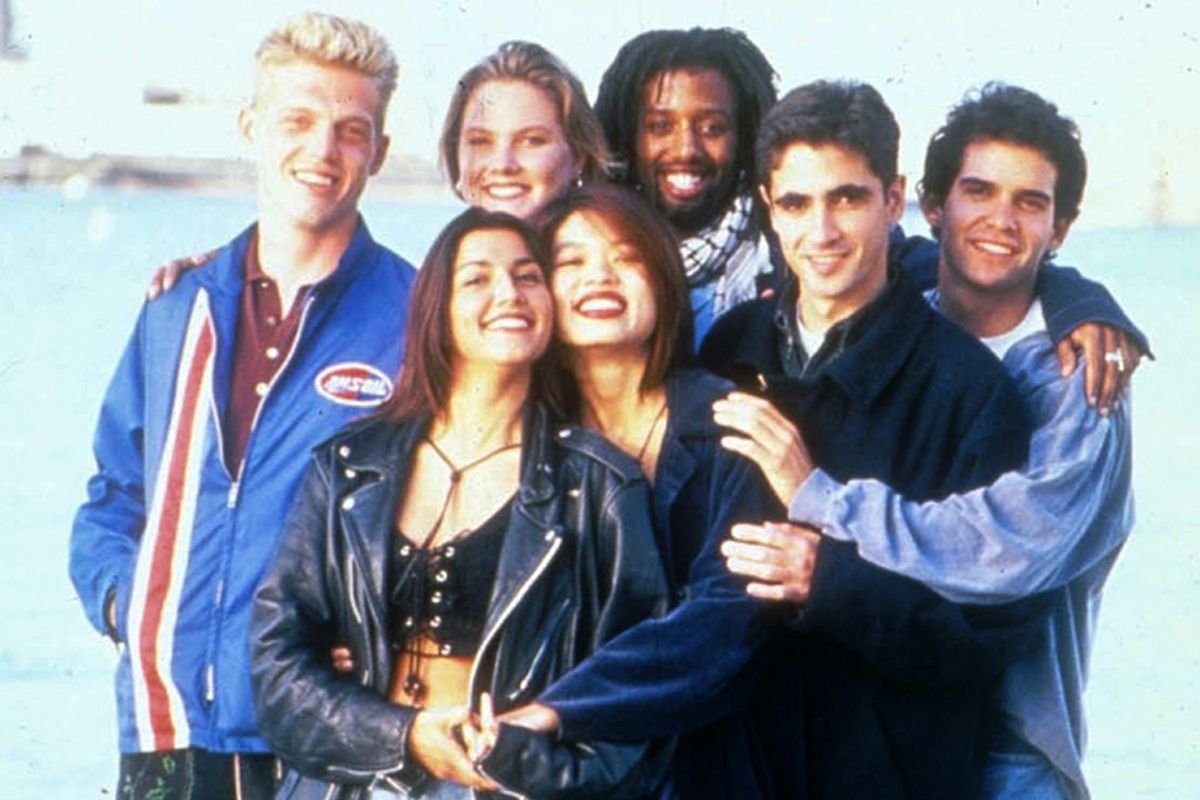 MTV, like anyone in its young target demographic, is in a perpetual state of identity crisis; years of wall-to-wall music videos begat the celebrity-appearance driven "TRL" era begat the aspirational period of "The Hills" begat the raunch of "Jersey Shore." Eras are quickly cycled through; "Hills" star Lauren Conrad lamented in 2011 that she was unable to make it onto MTV's air anymore, and an attempt to keep "Jersey Shore" alive with a Snooki-centric spinoff has struggled in the ratings.

One element of the schedule has at once remained on-air for decades and morphed to fit the radical shifts in MTV's fortunes through the years. "The Real World," a series that effectively created modern reality television and whose new season begins next month, has been MTV's one constant. The other has been change.

The basic elements of "The Real World," for the uninitiated, are fairly rudimentary: A group of strangers is "picked to live in a house," as the opening credits' voice-over would have it. They work together, either at a job chosen for them by the producers or simply at keeping their living space livable amid the pressures of constant surveillance and of cherry-picked conflicting worldviews and personalities. That's it! Or, rather, it had been until the formula was radically revised for the new season, called "The Real World: Ex-Plosion," in which the group of strangers is confronted with new housemates: their former lovers. Though the season takes place in San Francisco, Pedro Zamora this isn't.

Zamora was the "Real World: San Francisco" housemate who, in that 1994 season, put a face on AIDS for a mass youth audience; he was HIV-positive and died late in that year. Though the "San Francisco" season was memorable, too, for the housemates' struggles with the narcissistic Puck, it was Zamora who perfectly summarized the show's reality -- a lightning rod for conversations among diverse folks that catalyzed real understanding and growth. Crucially, Zamora and his costars, in the show's third season, hadn't been watching reality TV for decades; their reactions to what was happening were "real," and not merely because those events were of life-or-death import.

Though it's been repeated to the point of cliché that "The Real World" has become a much more sexualized and rowdy thing, its shift has been more gradual than the perceived on-off switch flipped by the season set entirely in a casino. As the test balloon for modern reality TV (PBS's "An American Family," from 1971, bears almost no resemblance to what one sees on Bravo now, while even the earliest seasons of "The Real World" have the raw ingredients), "The Real World" changed along with its genre, upping its own ante constantly. By the time "Big Brother" and "Survivor" debuted on CBS, MTV had already aired a houseguest gratuitously slapping another in the face and another driving drunk on-air. These weren't, per se, in poor taste, but the show had migrated far from its origins as a staging ground for earnest dorm-room conversation.

The jobs changed as network reality TV gave "The Real World" either license or impetus to be saltier, raunchier and more open in its artificiality; the 2002 Las Vegas season saw cast members working as nightclub promoters and go-go dancers, while in the 2005 Austin, Texas, season, the cast made a documentary. (Previous jobs had been less glamorous -- mentoring children or working as low-level entertainment industry functionaries.) The 2008 "Hollywood" season was fairly naked in exposing the nature of the show, focusing on launching the show business careers of the housemates via their "jobs" as improv comedians.

That gets to the heart of the real change on "The Real World": That show and others like it have taught their cast mates how to act. Earnest conversations about political issues were possible in the early seasons because the housemates were completely unschooled as to how they might be edited; so, too, were fights among the housemates with real bite and real skin in the game. There's a reason people are still talking about Puck's feuds with his housemates and not still talking about the stage-managed spats among contemporary "Real World" stars who know that sparring is a good way to get airtime.

Comparisons, here, are instructive: Network TV's most venerable reality show, "Survivor," has gone from smash hit featuring complete naifs to something smaller and stranger and more intriguing. Each season features a cast of returning competitors seeking to atone for past mistakes and/or superfans who know exactly how to play the game based on watching from home for years. Repetition of a competitive game allows for infinite permutations. Repetition of a simple idea digs ruts further; there's a reason "Real Housewives" franchises consistently lose their frisson after three seasons or so.

On "The Real World," the fights, by now, are about the fact that there needs to be a fight. The sex between housemates is there because when you go on "The Real World," you hook up. The show's continued crassness rhymes perfectly with MTV's shift, through the years, away from a dorky sort of music fandom (Peter Gabriel has 13 Video Music Awards) and Kurt Loder-y gravity and toward the Jersey Shore. But it's the fate of any show that trades in types to cast people who have groomed themselves to be that type.

Ironically, the "Ex-Plosion" twist is about the least revolutionary thing "The Real World" could have done to itself. Though the housemates will likely be surprised to find people from their off-screen life on their soundstage/new home, it'll allow them to enact better drama, to draw from their life to make their art. In playing parts the cast knows they are meant to, they'll be like method actors. But the show's attempts to remake itself have never really stuck: In Obama euphoria, the show set a season in D.C. and had the cast lobby Congress. In the next season, the cast's "bad boy" scrubbed a toilet with a co-star's toothbrush. It's "The Real World"; you're supposed to fight. Everyone knows that from even a minute of exposure to the show. It's the nuances that get lost.