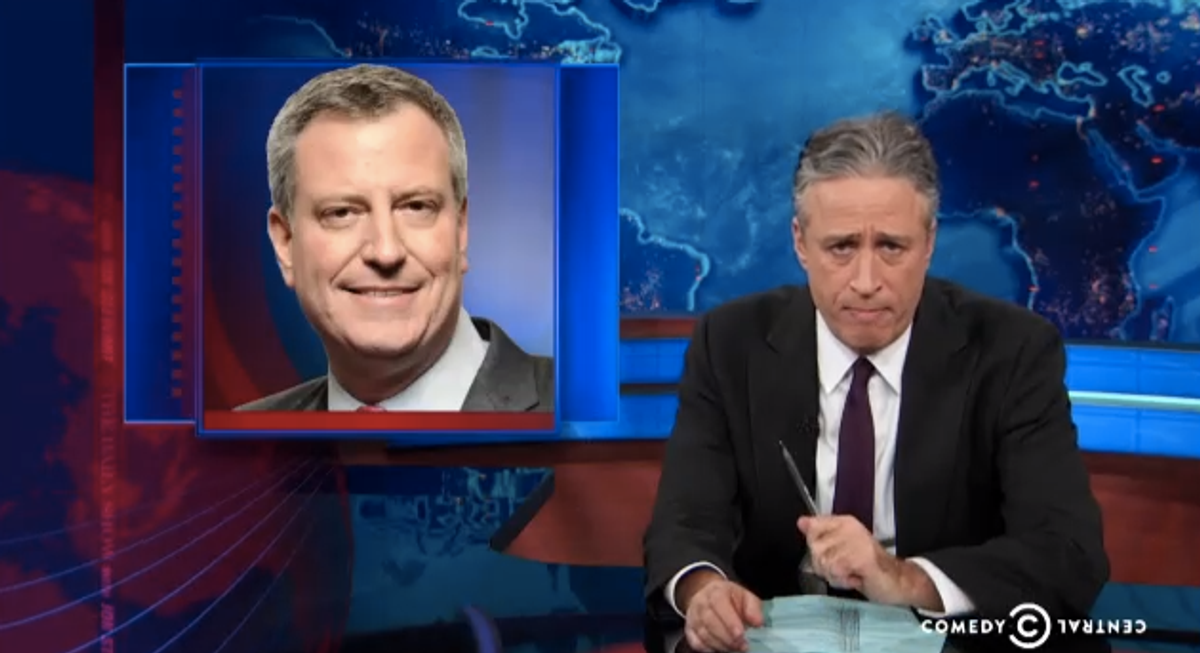 Come Jan. 1, billionaire and "nanny" to the rich Mayor Michael Bloomberg will be out, and the "6-foot-5 liberal fair housing-loving Sandinista yeti" Mayor Bill de Blasio will be in. The news is alarming to "Daily Show" millionaire John Hodgman, who describes a bleak future under the populist mayor: "This place will be a dilapidated wasteland where New Yorkers are forced to travel underground, packed together, in urine-scented subterranean sewage trollies and line up to eat wet tubes of meat dispensed from Soviet-era metal carts."

But, as Stewart points out, "I think you are actually describing how most people in New York live right now."